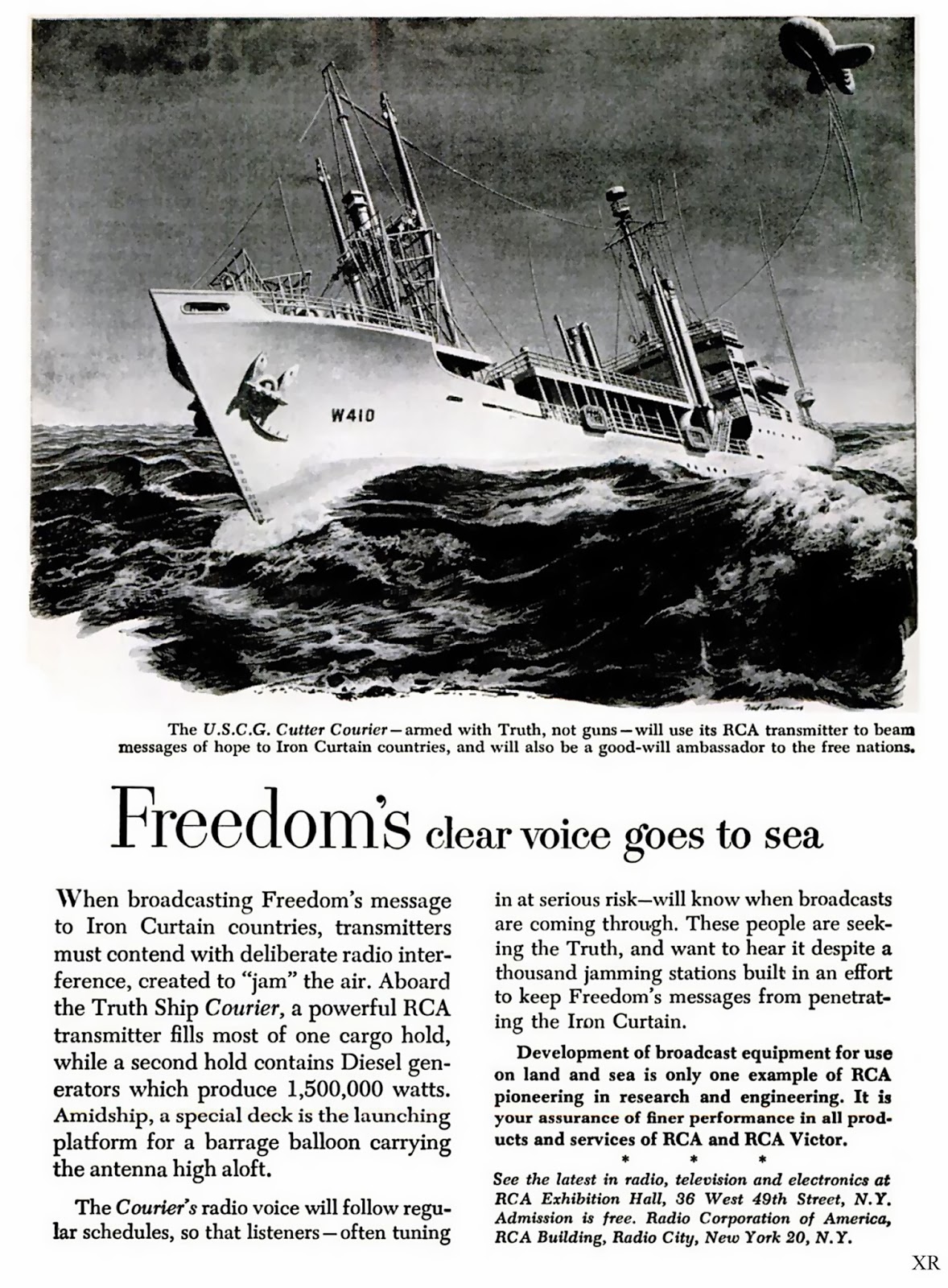 ... it should be noted; although USCG Courier was clearly part of the propaganda efforts of the Cold War, broadcasts like those described were generally truthful and relayed the same news that was available in 'free' countries. It was correctly felt that too much propaganda and sermonizing would be obvious and in the end it was the truth that would win out. They also played good music which kept them popular!