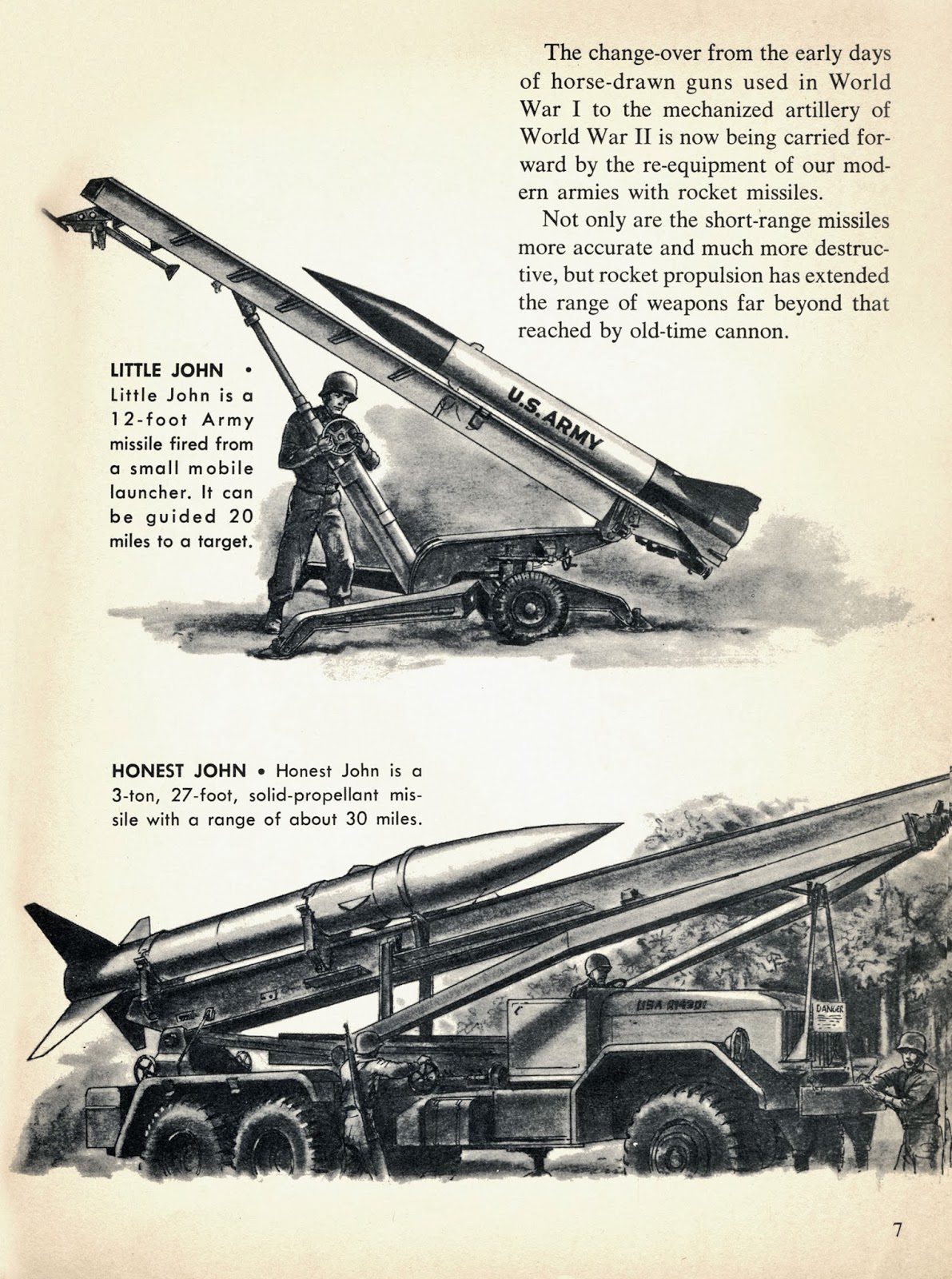 ... a primary reason NATO was created was to counter-balance the large number of tank battalions the soviets had pointed at Western Europe. NATO doctrine relied heavily on small 'battlefield' nuclear weapons to destroy the soviet armor. For many years the 'Little John' and 'Honest John' were the simple, solid fueled rockets that would have been used to deliver these warheads. The little guy had a range of about ten miles with a 10 kiloton warhead; his big brother could scoot 15 to 30 miles with a party-favor of between 15-30 kilotons.