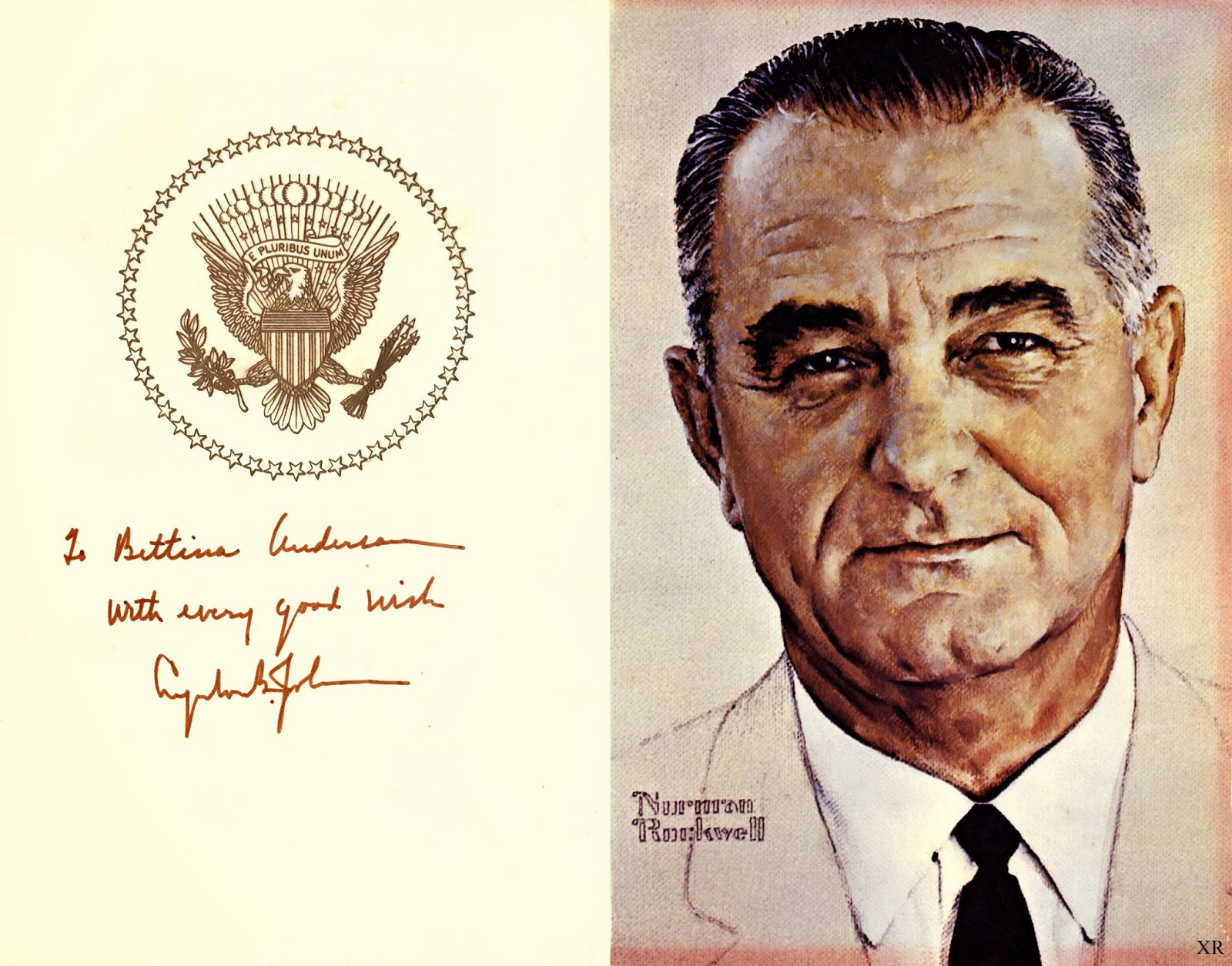 ... fourth in the line of Cold War Presidents, starting with Truman and ending with Reagan, Lyndon Johnson's dreams of an American 'Great Society' were ruined by the budgets and domestic strife of the Vietnam War.

... a war that could count him as a casualty since, even though he relished the Presidency,  he refused to run for a second term and died four years after he left office at the age of sixty-four.