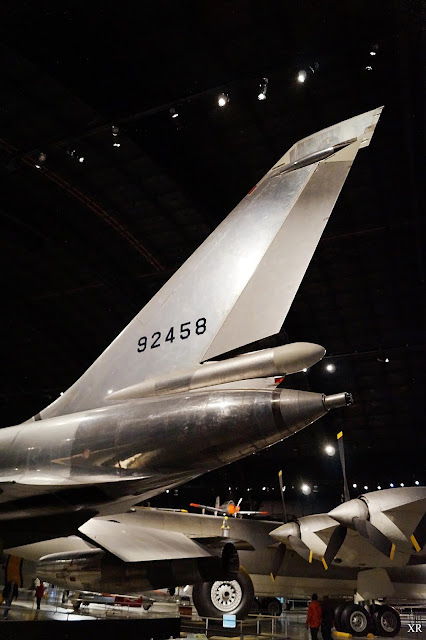 ... tail of a B-58 "Hustler". The last US bomber to have a tail mounted gun. It can be seen just below the elongated radome of the aiming radar. The preferred defense of the Mach 2 aircraft, was to simply outrun any fighters. It was said that there was some controversy surrounding the need for the gun; skeptics saying that at supersonic speed bullets from the Gatling gun would do little more than trickle out in the backward direction.