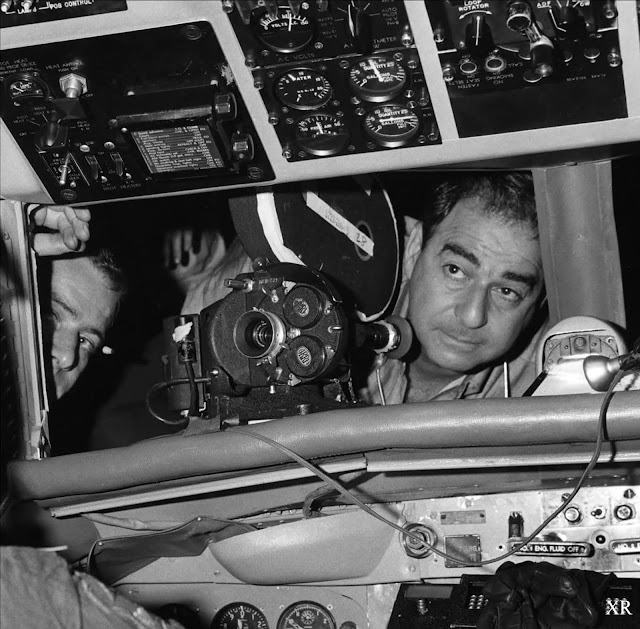 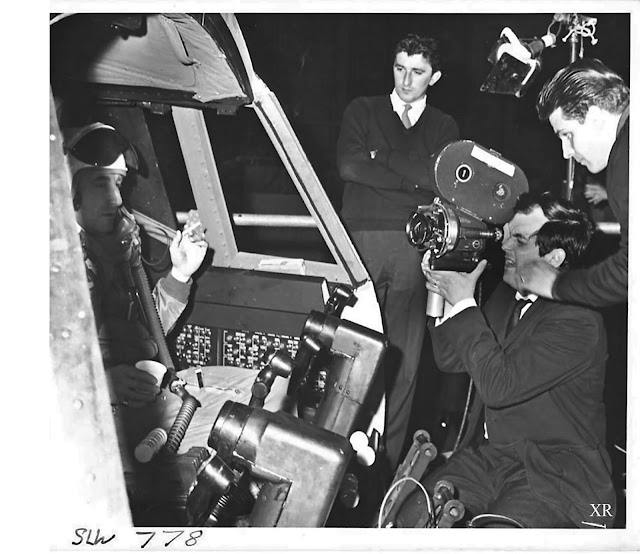 ... production stills from 'Dr. Stranglove'. Removable section of control panel to facilitate just the right camera angle. Director Stanley Kubrick shooting handheld B-52 cockpit scene. Note that Peter Sellars is performing the role of Command Pilot Major Kong. Early in the production Sellars was to have performed the role of the cowboy ace. Sellars was injured and could no longer work in the confined aircraft interior set. Slim Pickens was called in to nail the iconic role.