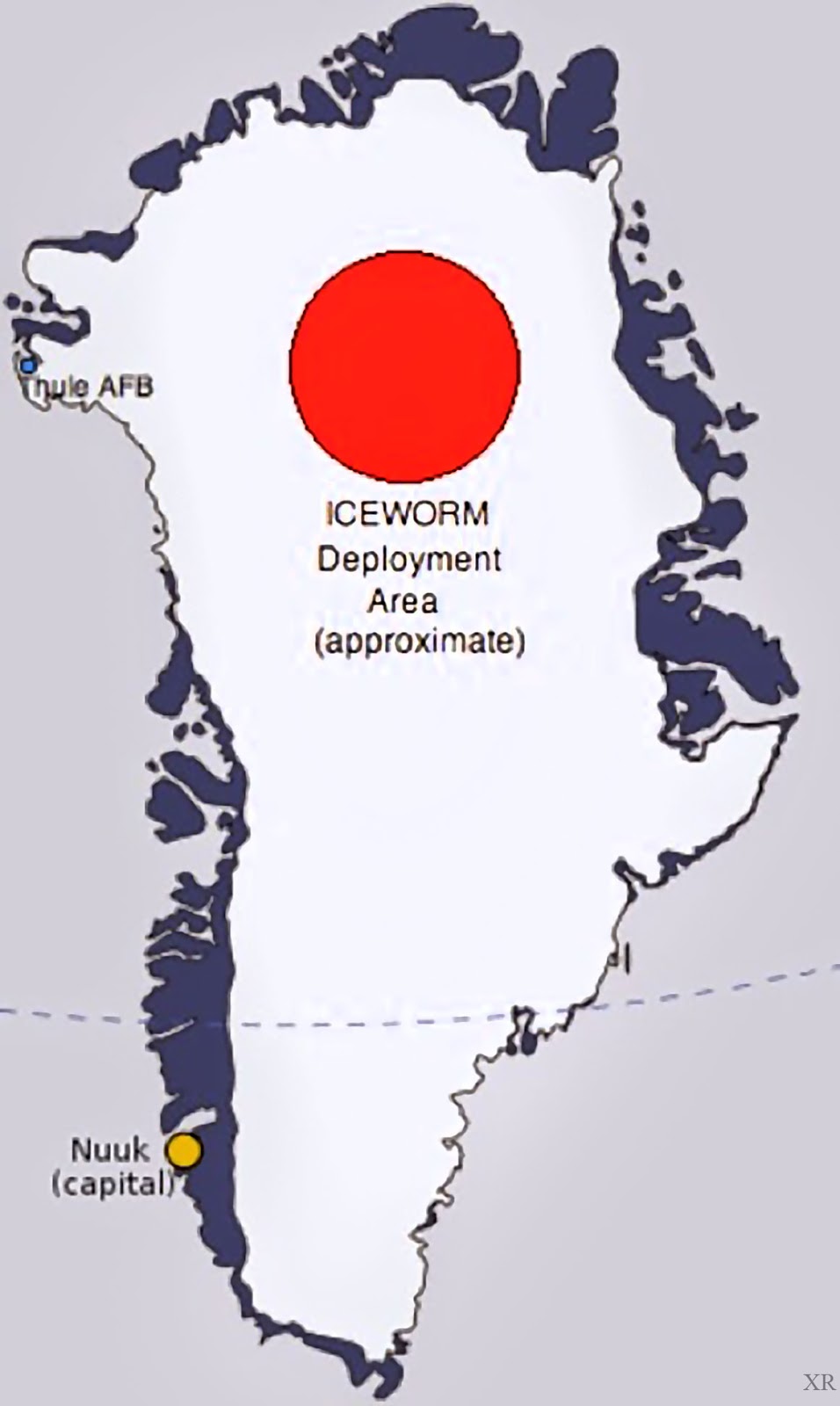 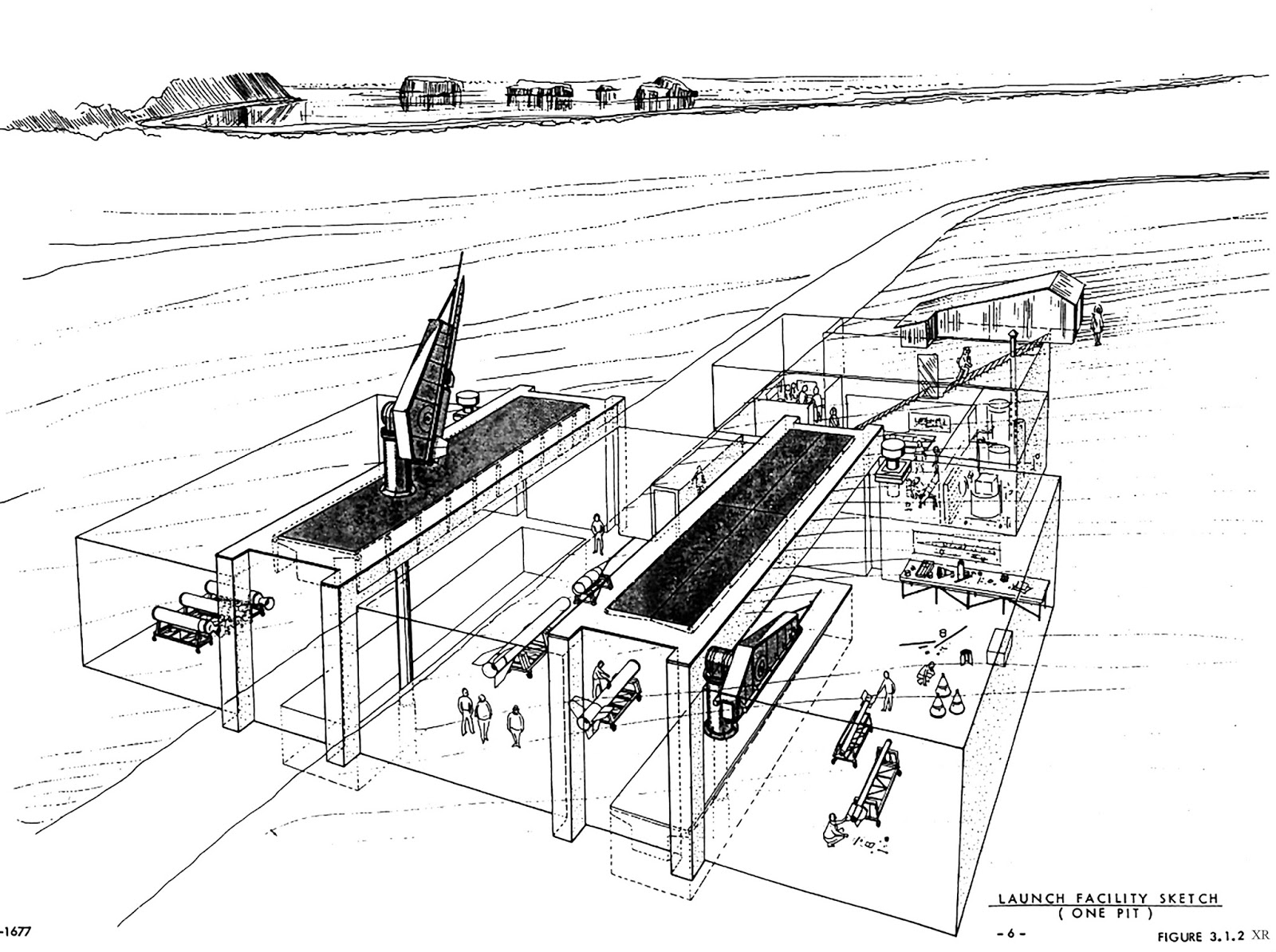 ... some fun diagrams from the wonderful folks at "Atomic Skys". One of the big and crazy ideas of the Cold War - Project Iceworm wanted to hide thousands of men and hundreds of missiles under the ice of Greenland. Talk about an ultimate snow fort! But before the engineers got beyond a large test base phase, they found out that the ice sheet of Greenland moves and meanders around; making long term buried installations impossible.

... the map shows the huge area the network of tunnels and caverns would have covered and the diagram seems to show an anti-aircraft missile battery.

... below is a documentary, from the time, about the pilot project: "Camp Century"