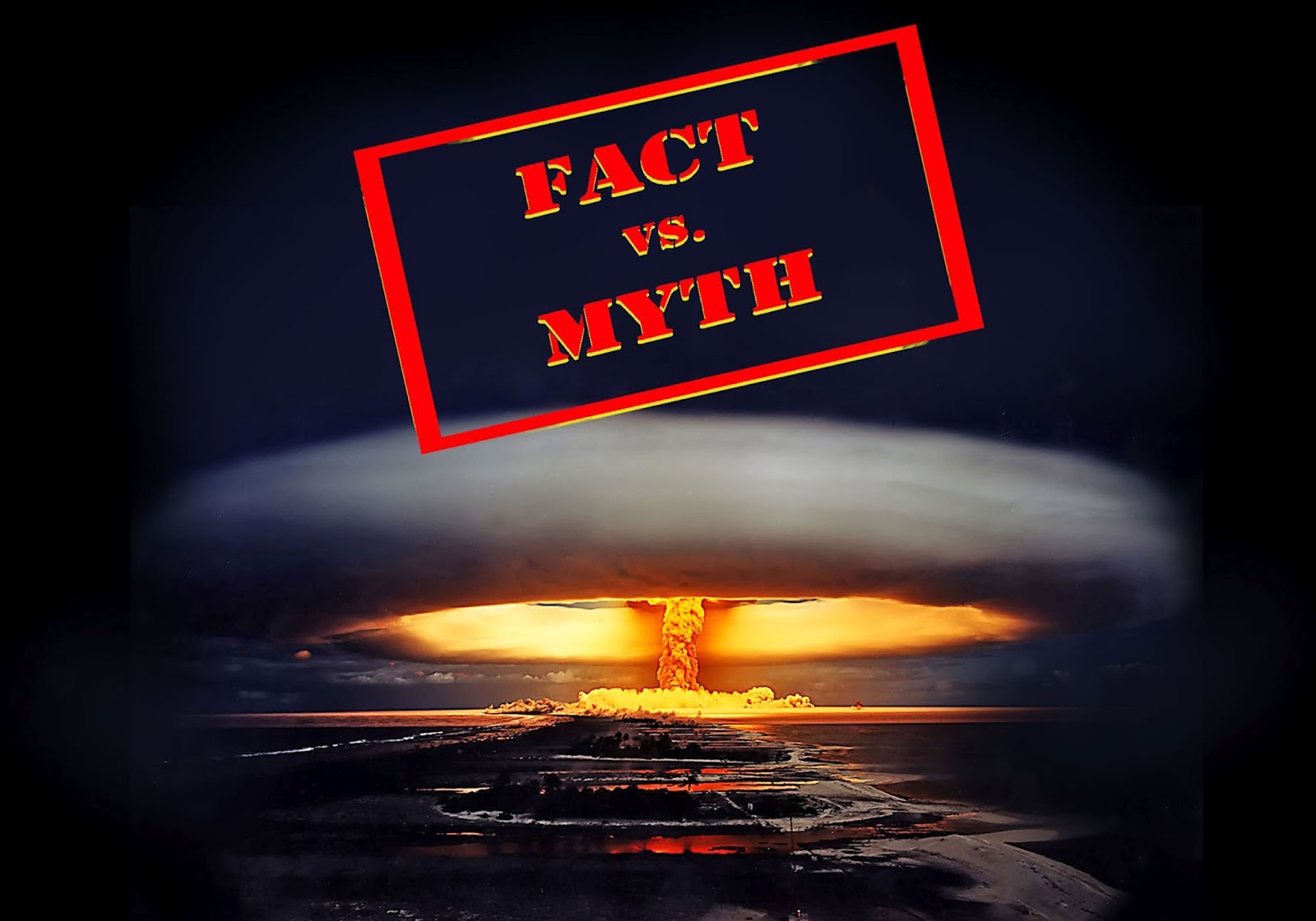 ... I started off with this post trying to do a good job of defining different levels of radiation doses for humans and what their effects might be. It all began, like most things on 'Atomic-Annihilation', with a morbid curiosity. In this case the SL-1 Incident of 1961 and led on to a who, when and where of fatal nuclear accidents. Not your run of the mill large scale power plant catastrophes; but the stranger, less known, creepy sort of stuff.

This led to reading about the Wood River Event of 1964. All of this eventually led to bananas! Which I will explain in a moment.

The overall conclusion of my research was mind numbing confusion. I was able to determine that the 'old' term of RAD (which you will hear a lot in the old civil defense films) is an abbreviation for "Radiation Equivalent for Man" and that the later term 'REM' stands for "Roentegen Equivalent for Man". The most modern term, relevant to an international venue of nuclear disaster is the "SIEVERT". Not surprisingly the effect of a dose of radiation depends a lot on the type of radiation. Atomic death comes in several flavors: Alpha, Beta, and Gamma with a little Ionizing and X-Rays thrown in for zest.

Be Not Alarmed!! Our intrepid research staff will continue their search to determine the difference between an inconvenient, bleeding from all orifices, slightly crispy, dosage. And the 'prompt critical' that drops you dead in your tracks a milli-second after you  say "oooo" at the pretty blue glow. We will also throw in the convenient, convert you into a glowing three eyed brain sucking mutant setting.

Meanwhile here are a couple of rather indecipherable charts designed to reassure you that radiation is a happy healthy part of everyday life: 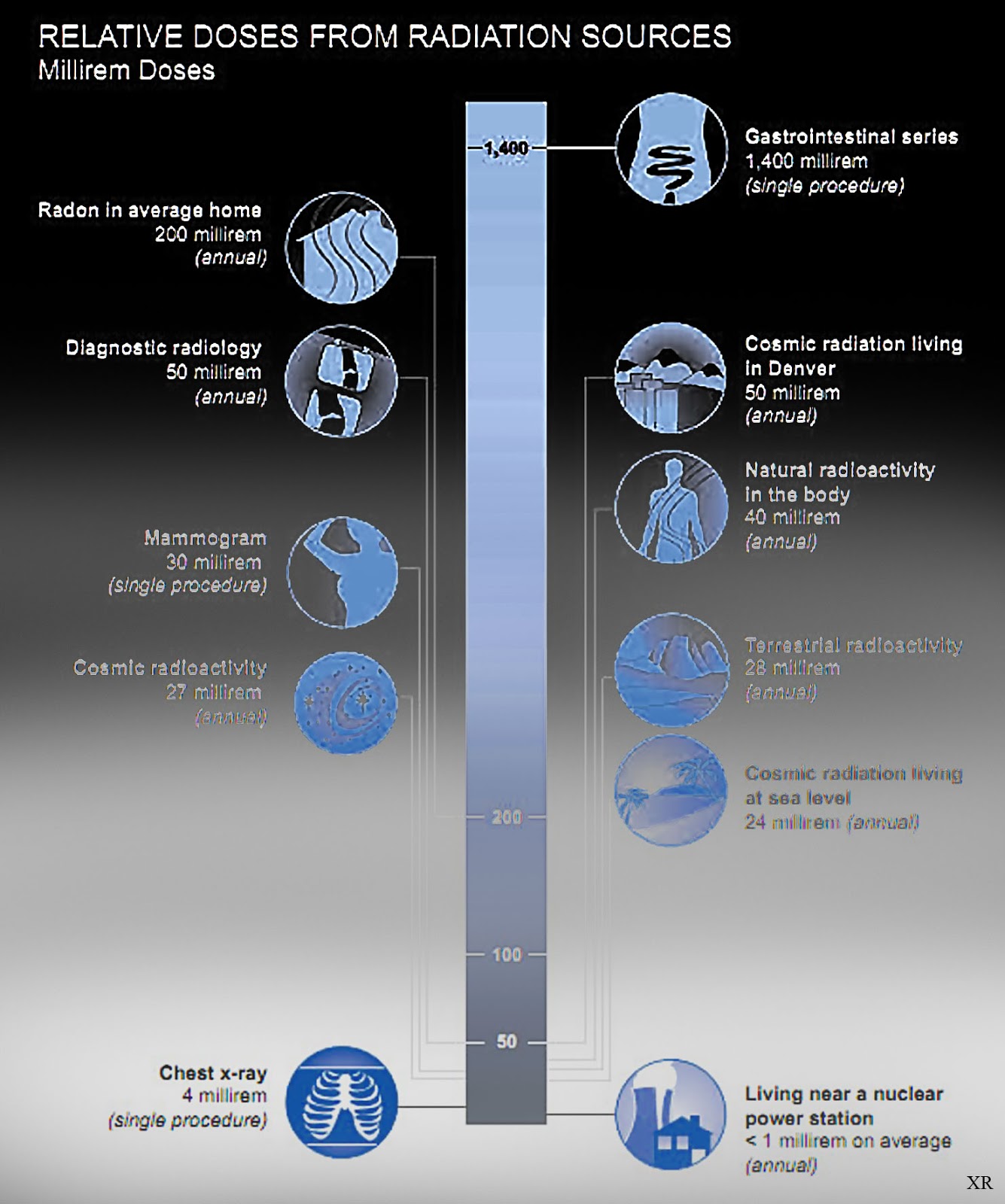 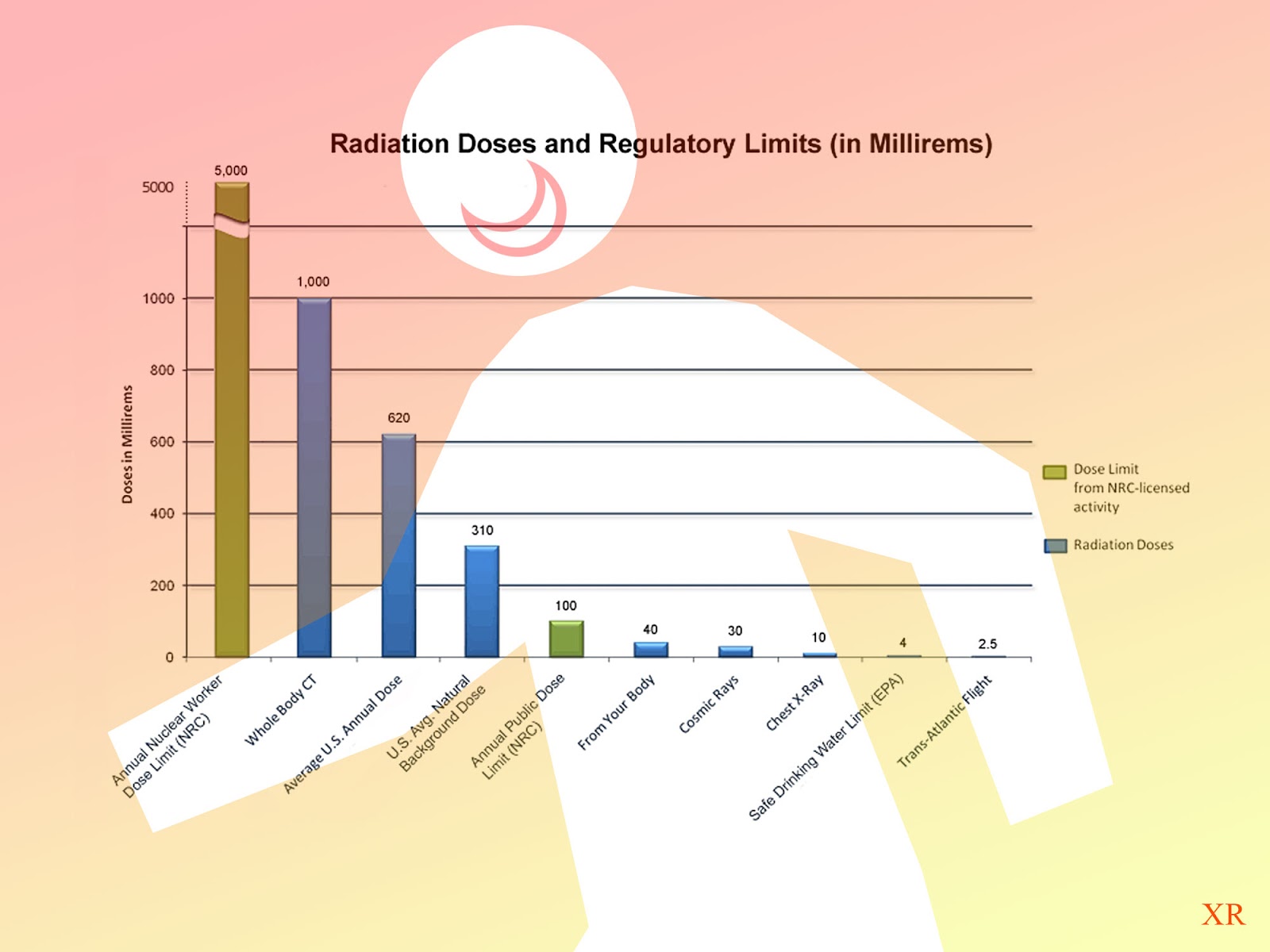 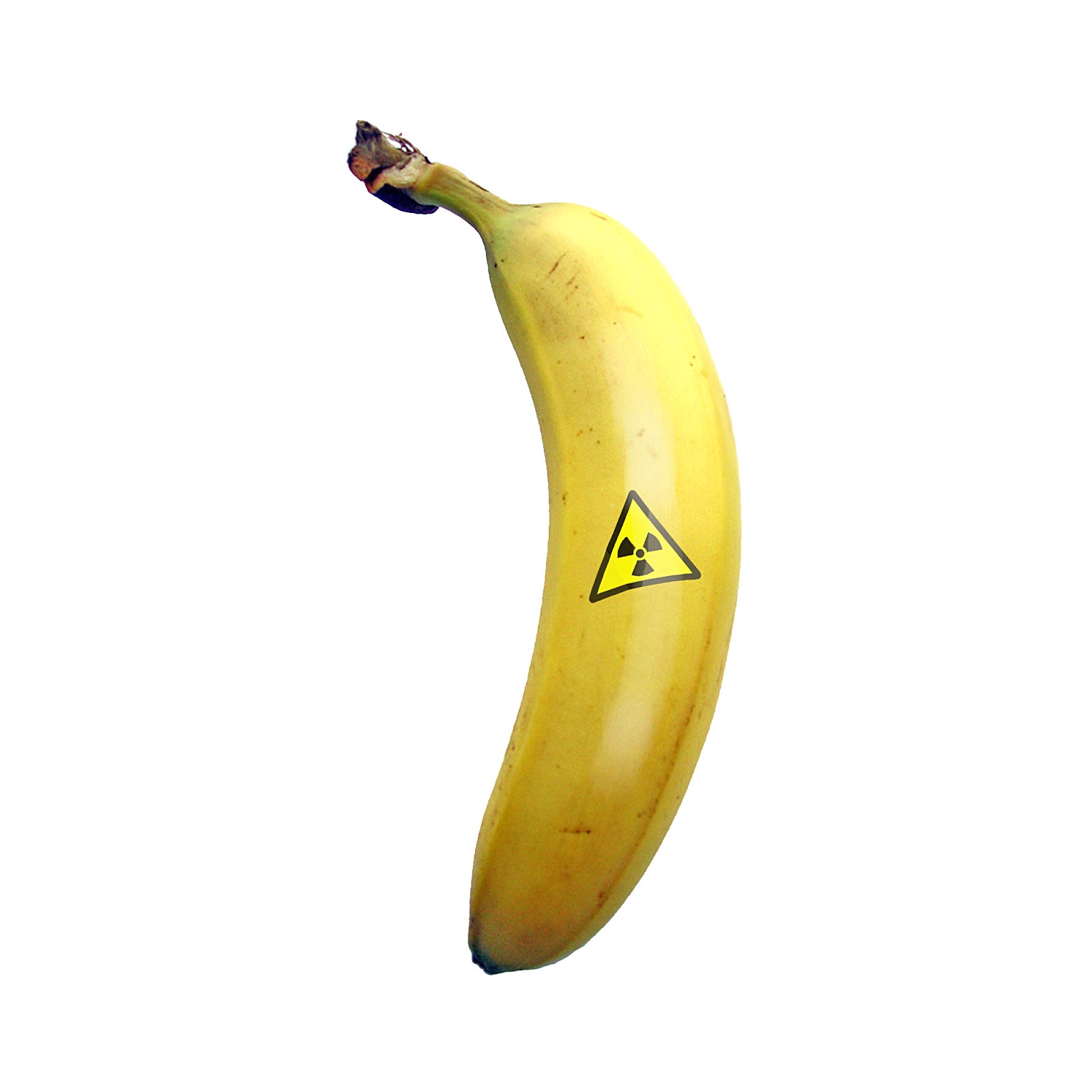 ... and finally the banana - or rather the "Banana Equivalent Dose" (BED). This was a measurement unit introduced by the nuclear energy industry to prove that common fruit will kill you faster than Three-Mile Island!

I have a few notes on radiation exposure in my website here http://www.projectrho.com/public_html/rocket/radiation.php