"Victory Through Air Power"... after World War One showed the possibilities of using aircraft to drop explosives on your enemy's troops, factories and civilian population the mad-scientists had a field-day in coming up with all sorts of futuristic scenarios whereby Air Power would become the Ultimate Weapon. These war-games and doomsday prognostications usually involved the use of large amounts of Poison Gas dropped from the air. This was the first true "weapon of mass destruction" and a source of well deserved terror and fear.

However- neither side used poison gas during WW2 ( perhaps in the same sort of fear of the other fellow using it in retaliation- that later became the concept of nuclear deterrence during the Cold War). But the concept, and allure, of Strategic Bombing using high explosives and fire bombs remained a driving goal of first the Axis and then the Allied powers during the Second World War.

By 1945 the technology had caught up to the concept, and with Atomic Bombs, complete and total destruction of an enemy by aircraft launched from far away bases was a reality.

This is a fascinating propaganda/ documentary pushing the concepts of strategic bombing. The idea was to avoid a lot of the blood and time of the US Island Hopping Campaign in the Pacific. Instead we would pour our resources into a great Air Armada of B-36 type bombers that would pulverize Japan with conventional bombing. In the end we did both; moving closer and closer and encircling Japan while conducting devastating bombing campaigns.

In the end it was only dropping atomic bombs on them that convinced them to surrender. 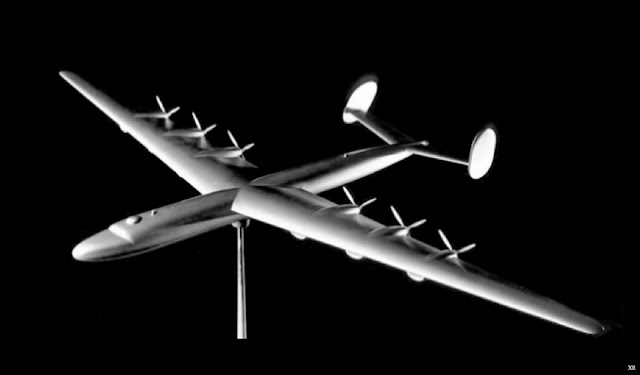 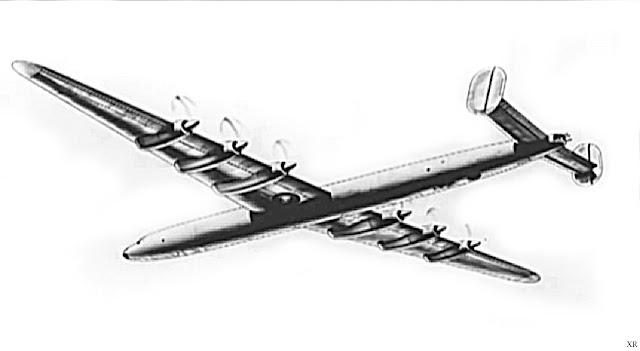 ... we always hear about how the B-36 Peacemaker was conceived out of an early WWII fear that England would fall to the Nazis and America would have to launch bombing raids to Berlin form the North American continent. This appears to be a model of an early concept proposal. 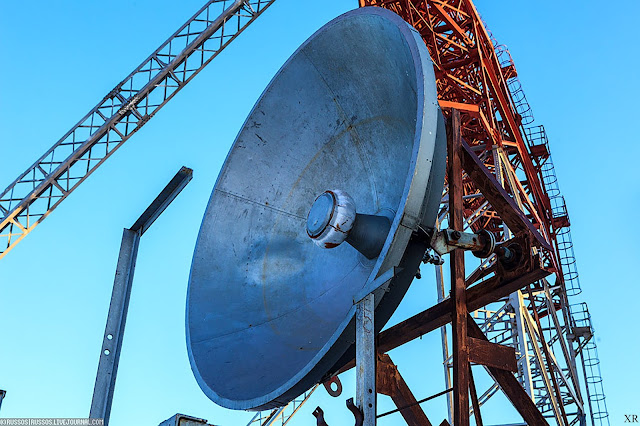 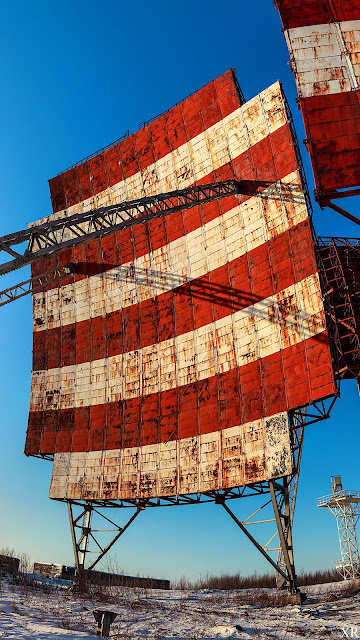 ... took me a few moments to ruminate on the appropriate title for this post. Ruminate about how the Cold War is old history to most people. These expensive and technologically advanced constructions falling into ruin- not because World War three was fought and the Earth is now a deserted wasteland; but for simple obsolescence and lack of funds, or caring, to dismantle them. 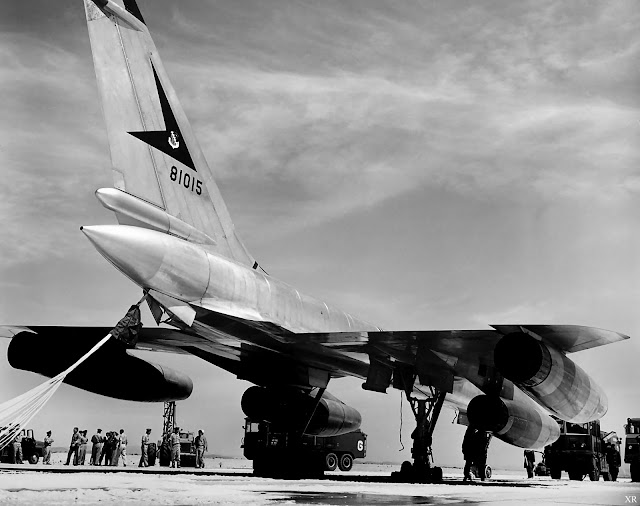 ... unusual view, from the tail, of the Convair B-58 "Hustler" supersonic bomber without it's usual large weapons pod attached below the fuselage. 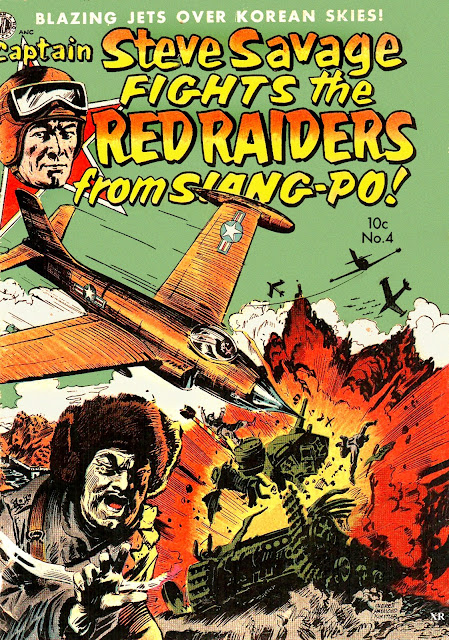 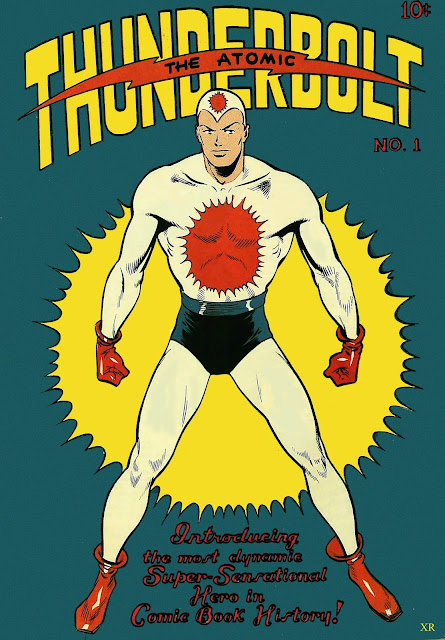 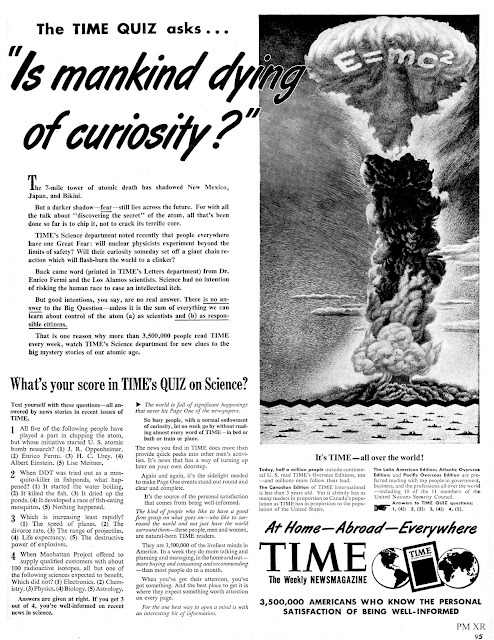 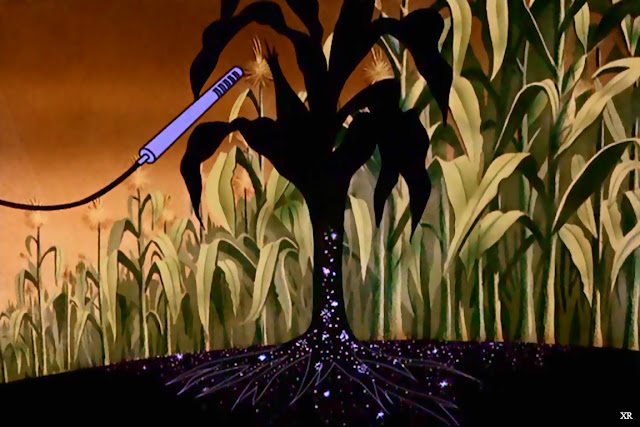 ... okay- to be fair this screen-cap from Walt Disney's 'Our Friend the Atom' is not selling corn that pops itself- but showing how radioactive isotopes can be traced to show exactly how a plant grows. It's still sort of spooky!

"Pa, the mutant tomaters is eatin' the hogs again!" 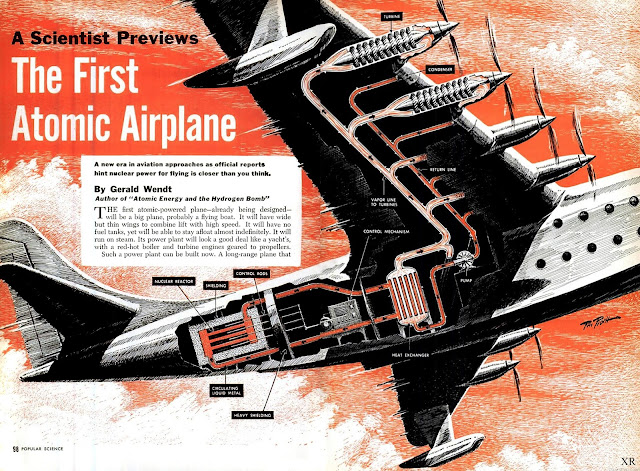 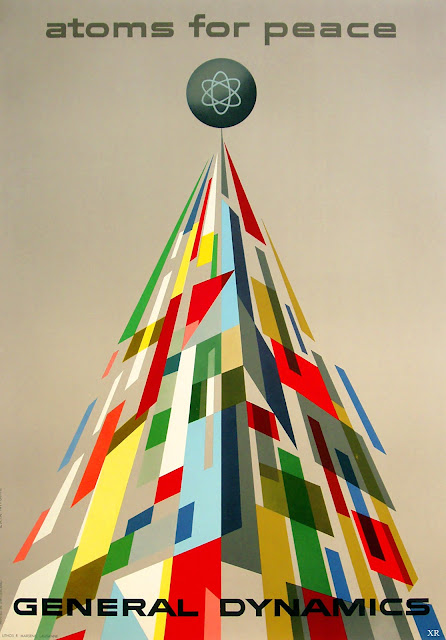 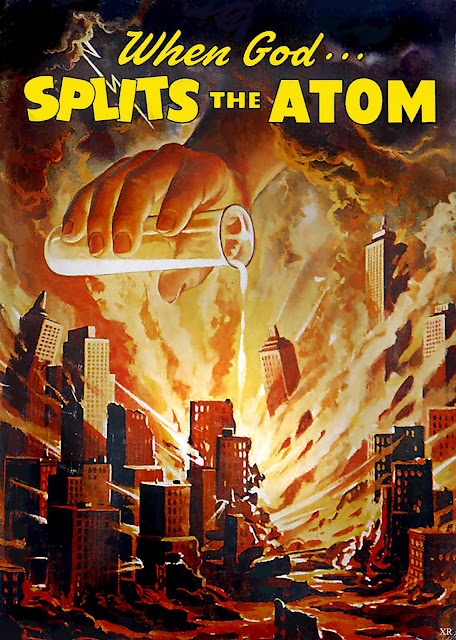 ... another in the WTF series of illustrations! 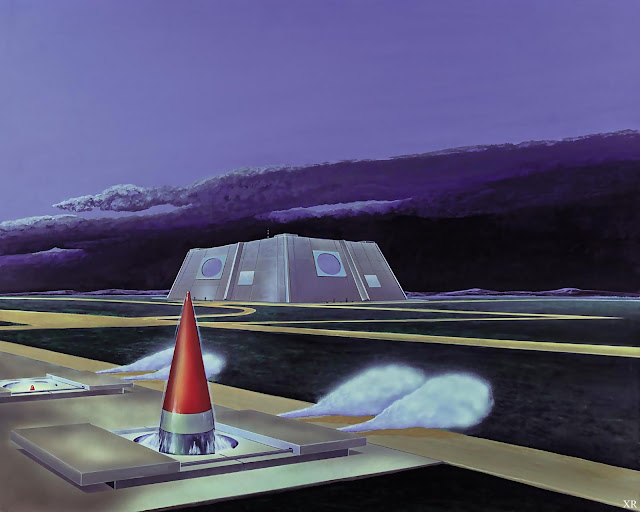 ... more from the 1980's DOD commissioned series of artworks on the Soviet military threat. This of the Anti-Ballistic Missile site at Pushinko. I wonder what the Pentagon paid for these? Hopefully not much since they aren't very good! 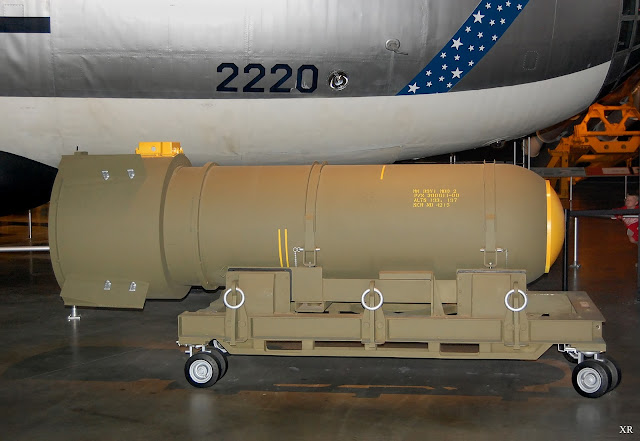 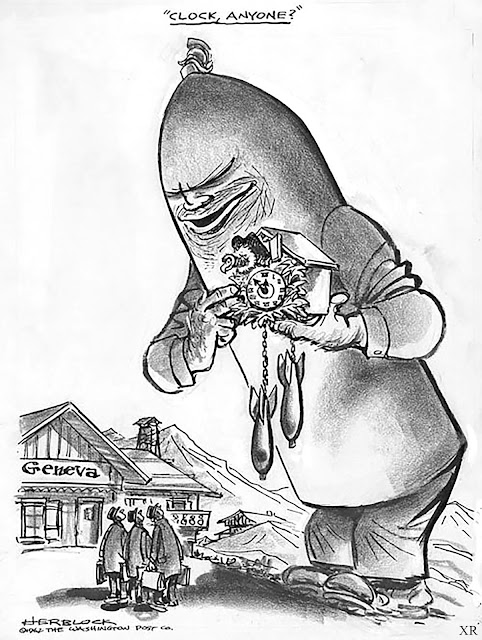 ... the moon, the fire and our Pershing missile! 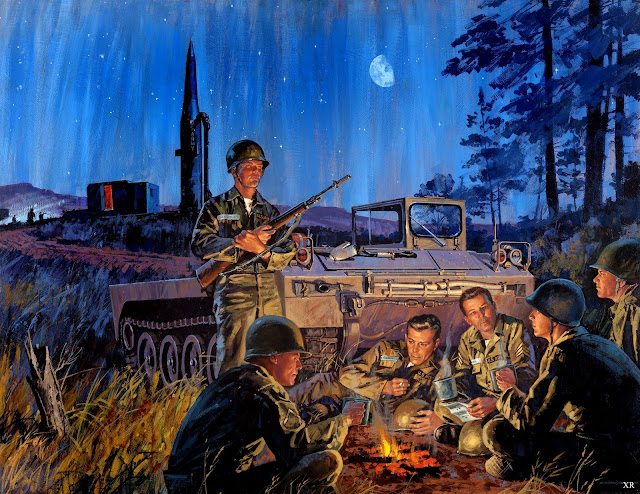 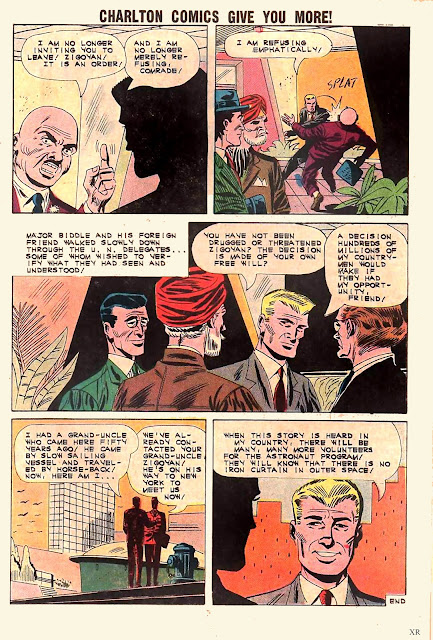 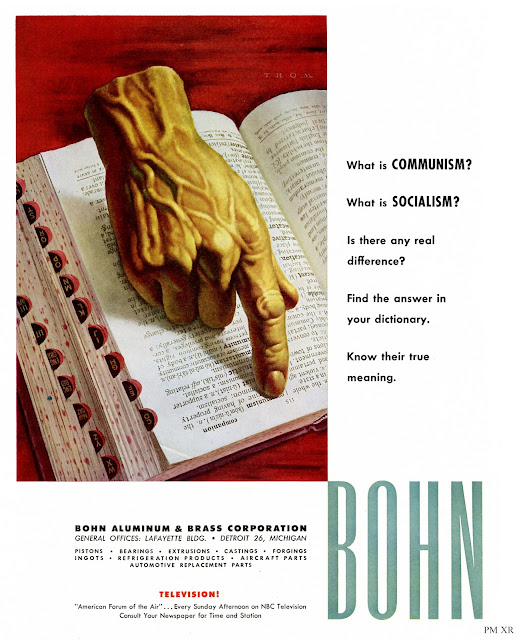