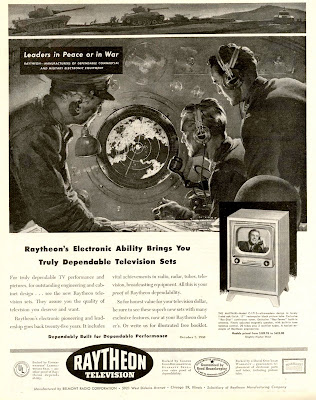 1950- Radar ( Radio Detection And Ranging) was still pretty 'gee-whiz' stuff. Fighter aircraft, that would be sent out to intercept Russian bombers, had no on-board radar of their own. They relied on ground stations like this one to help them find their targets in the vast ocean of the sky. Similar Russian systems could even fly the aircraft from the ground.

Until the advent of ground launched guided missiles in the late 50's shooting down high flying enemy bombers was literally a 'hit or miss' proposition.
1 comment: 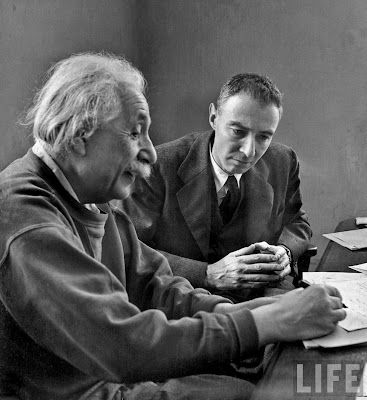 Albert Einstein discusses the finer points of Atomic Physics with Robert Oppenheimer- director of the Manhatten Project and 'father of the atomic bomb'. 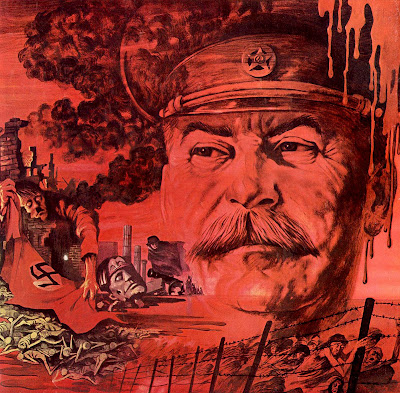 Joseph Stalin; leader of a victorious USSR in WW-II and father of the Iron Curtain. 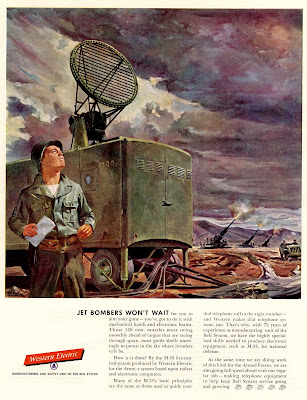 1955- America's radar fence of the Arctic the Distant Early Warning System (DEW Line) was just in the planning stages. To warn of a Russian bomber attack we relied on a hodge-podge of radar and anti-aircraft defenses. This ad shows a mobile AAA (anti-aircraft artillery) using radar to blast away at very high fast moving jet bombers. Not very effective. The Cold War was a constant chess game of technology planned or deployed, see-sawing back and forth.
1 comment: 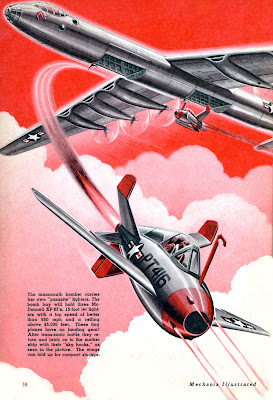 The good old Convair B-36 'Peacemaker'. It's hard to say when the darkest and scariest days of the Cold War really were; but the B-36 sure looks and feels like it was born there!

Pretty soon I'll have to start in on a suitably gargantuan post on this Jules Verne nightmare!
2 comments: