... fearing the Soviet's rapid advancement's in rocketry; the American military vowed a speeded-up development process for our own missile force during the mid and late 1950's.

Amazing to think that Atlas, Titan and then Minuteman all came into operation within a 3-4 year period. Each one had several follow on developments and all augmented and then improved upon the previous programs. Together with bomber development, submarine launched ICBM's and the growth and complexity of a gigantic infrastructure of command and control; the size of the effort was nothing short of titanic! 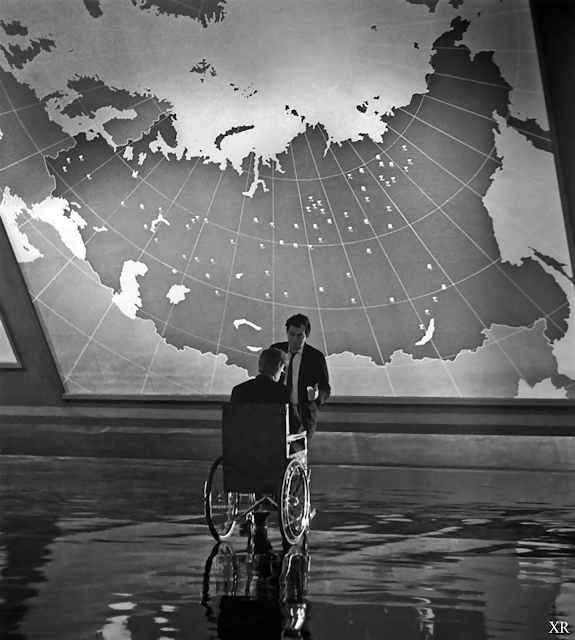 ... Stanley Kubrick is seen conferring with Peter Sellers (in wheelchair prop) on the 'War-Room' set of 'Dr. Stranglove'. Ken Adams designed the set and is also responsible for some of the best, and most iconic, high tech movie sets of the 1960's. Legend has it that when Pres. Ronald Reagan took office he was disappointed to learn that no such cathedral of Armageddon actually existed.