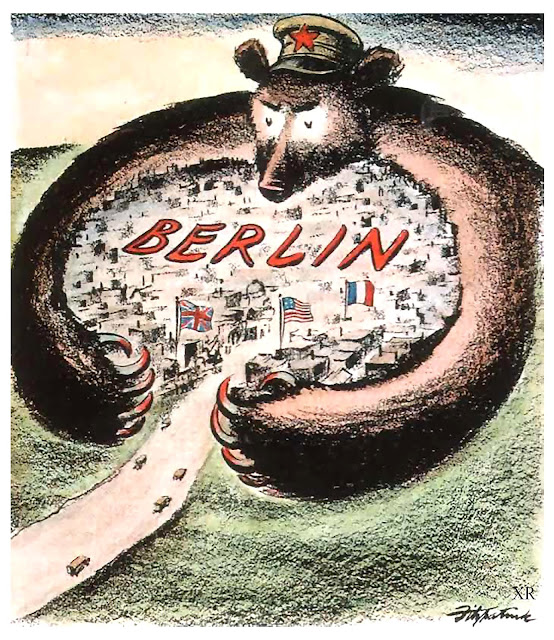 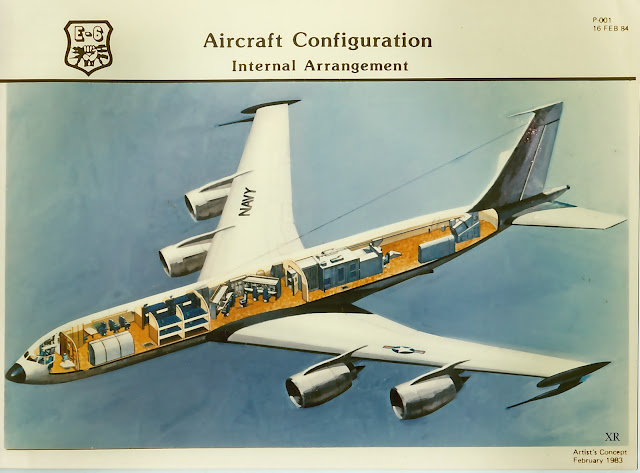 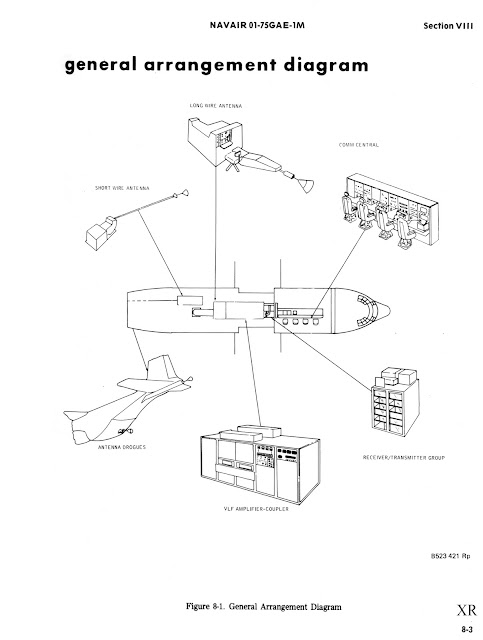 ... having the third leg of the Nuclear Triad being hard to find atomic powered nuclear missile firing submarines is a great idea. But calling them on the phone and telling them to blow up the bad-guys is hard because they are hiding under hundreds of feet of ocean.

Enter TACAMO (Take Charge and Move Out). This is an airborne system using trailing wire antennas that are miles in length. These antennas can emit very powerful, very long frequency radio signals which can be received all over the world and deep under the ocean.

The first image is of the modified Boeing 707 aircraft in use today. Lower diagram is from the C-130 Hercules that were originally used for the mission. This is a chiefly US Navy system- but I believe it is in redundancy with other strategic forces.

In a world of rather dull military acronyms- here is one that really stands out! Could it have been the product of a drunken Admiral at a staff Christmas Party? 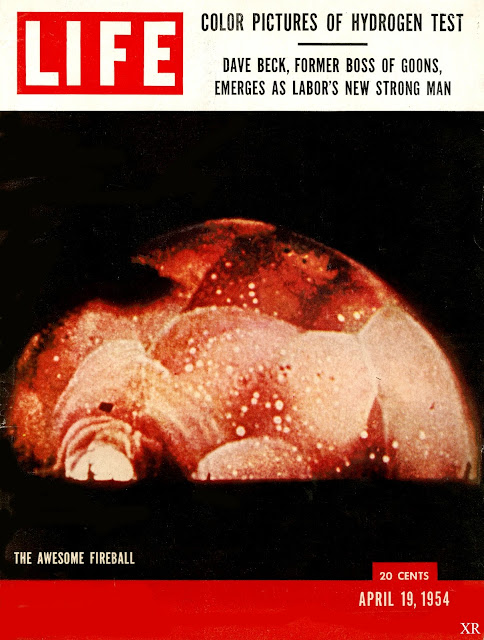 ... this appears to be a 'rapatronic' image from the first micro-seconds of the 'Mike' shot in 1952. The color images were not released to the public until over ayear later. Which accounts for the 1954 date of the magazine.

Roughly speaking the 'fireball' is the place where the real nuclear-atomic bang part is taking place. The rest of the big show: blast, mushroom clouds, fallout etc all being just aftermaths.

I repeat my question of where are the rest of the detail high speed camera shots of the H-bomb tests. This series (start pg 21) seems to be all we have seen (from 62 years ago). There are a number of high quality images from the earlier A-bomb tests in Nevada (all in black and white).

My guess, and the answer to my question, lays in the fact that these are not just vacation snapshots of "what I did on my trip to the South Pacific". The fact is that such photographic documentation was a highly complex and expensive way of gathering scientific data. (A-bombs (purely fission devices) are oh, so old school)! All 'modern' nuclear weapons are variations on the H-bomb concept; available in convenient sizes of small, king-sized and Jumbo!. So the detailed images of the first millionths second of an H-bomb fireball still hold scientific secrets! Or nobody has simply got around to declassifying them yet.