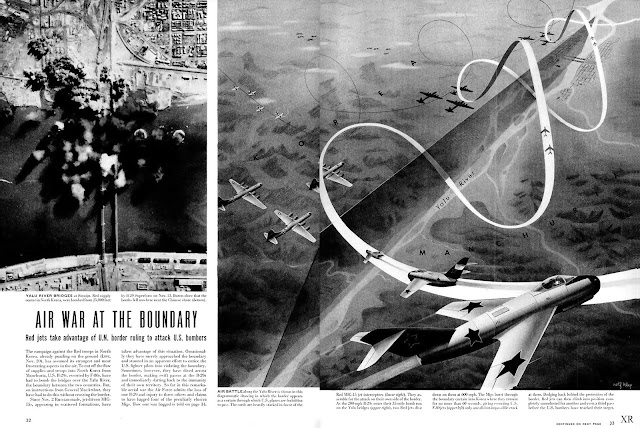 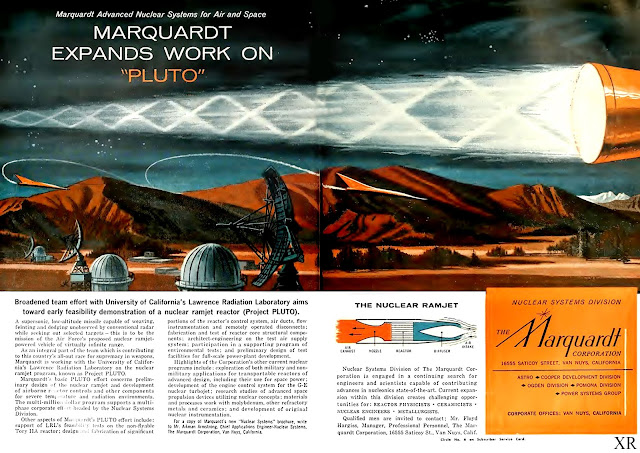 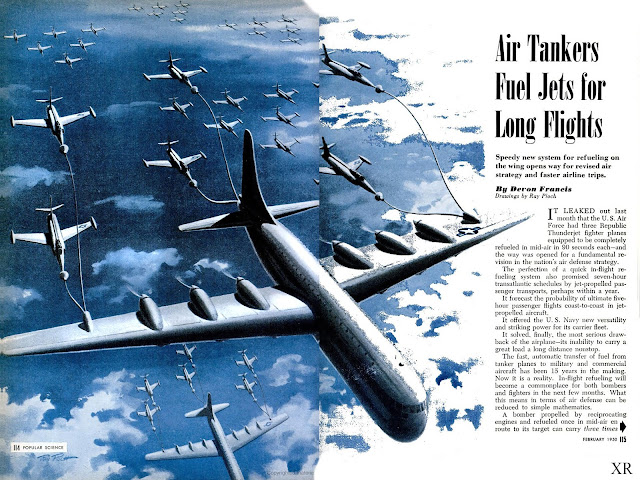 ... XC-99 (cargo version of the B-36 bomber) imagined as a gigantic tanker airplane. Never happened. The first USAF tankers in service were converted B-29 Superfortresses. Then a bloated version of the B-29 the KC-97. All the while the prop driven tankers were way too slow for the early jets they were refueling making the procedure dangerous and cumbersome. In spite of adding jet pods to help the props the system did not find perfection until the 1957 introduction of the famous KC-135 all jet tanker. This was the military version of what would go on to become the Boeing 707; America's first jet airliner. The military and the nuclear deterrence came first. Tourists and businessmen had to wait another year (1958) for 707 and American jet-travel.

note: refueling passenger jets in flight was too dangerous and expensive to ever be seriously considered. 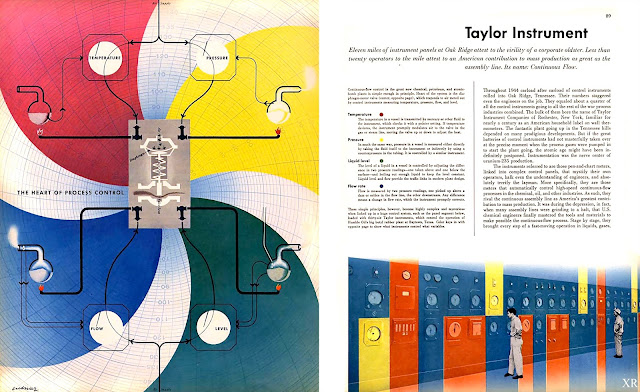 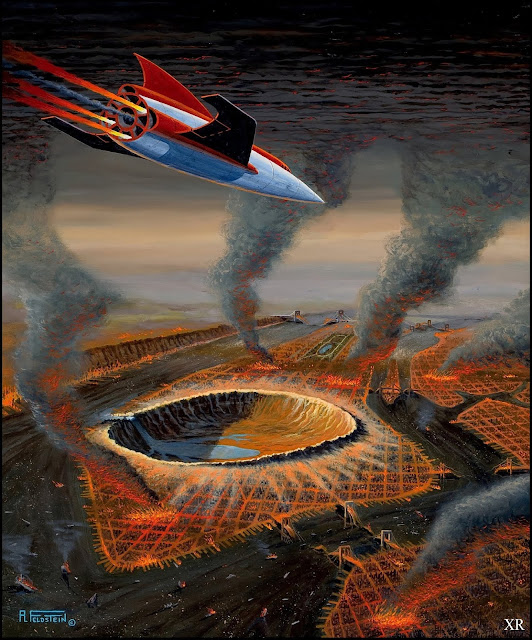 ... full concept painting for a 1952 issue of 'Weird Fantasy' comics. Love how the Hudson River is starting to fill in the crater. 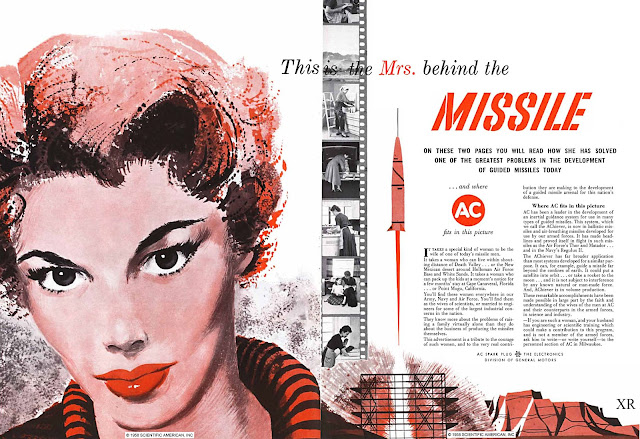 ... leave it to Madison Avenue to infer that this winsome queen of domesticity will be waiting for you when you get home from a long day of planning on how to blow-up the world! 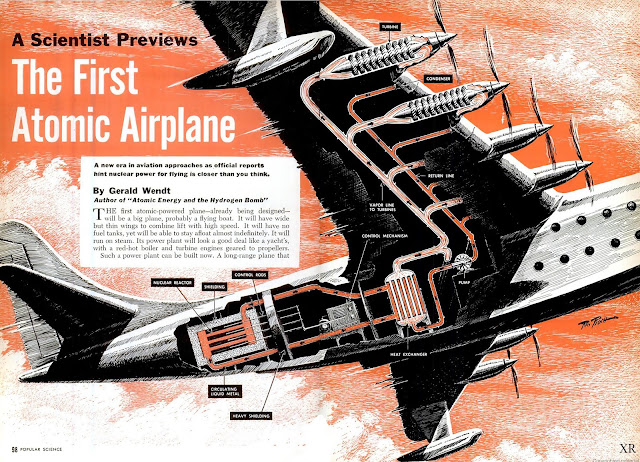 ... still hard to wrap my head around the idea of no fuel being burned- just lots of hot air! Atomic reactors and airplanes do not mix. One is crazy heavy and bulky! The opposite of what you want an airplane to be! The idea of flying around forever on a handful of uranium pellets sounds very cool! But more efficient jet engines and (the less crazy idea) of transferring fuel from a tanker airplane won out.

Also; nobody really needs to fly around the world several times without landing. The need is to go to a destination; to visit or bomb. The need for this type of technology was short lived. Soon surpassed by the range and speed of missiles.

The more I look at Cold War nuclear war technology, the more I find myself repeating the phrase "it only has to work once!"

(note: this illustration clearly shows the British Saunders-Roe 'Princess' flying boat. Though obsolete before finished, it was of interest to American mad-scientists who saw it's vast size as possibly able to accommodate a nuclear power plant.)