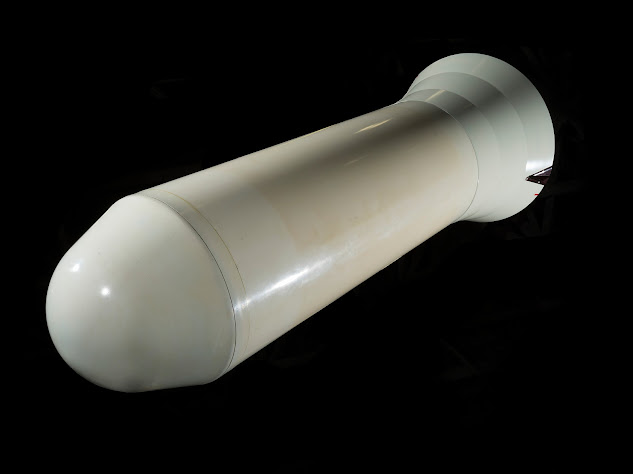 This is the 'warhead' used on most Atlas and some Titan ICBM's in the early 1960's. It rides on the very top of the missile. Toward the end of the ballistic trajectory the blunt nose will endure the heat of atmospheric re-entry and the H-bomb in the center section will detonate. The W-38 H-bomb in this 'package' had a yield of 3.75 megatons. The entire assembly weighed 3,080 lbs- about the same as a 1965 Ford Mustang. 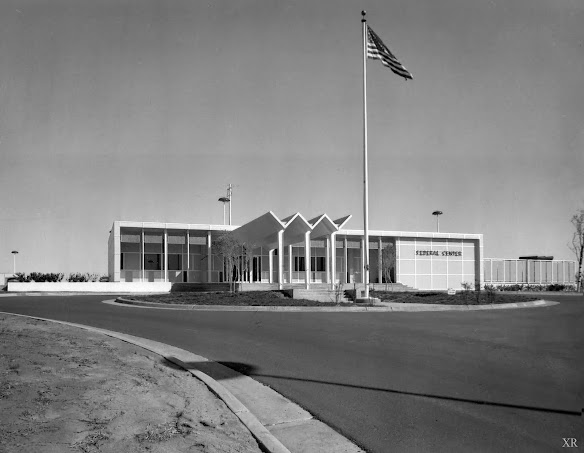 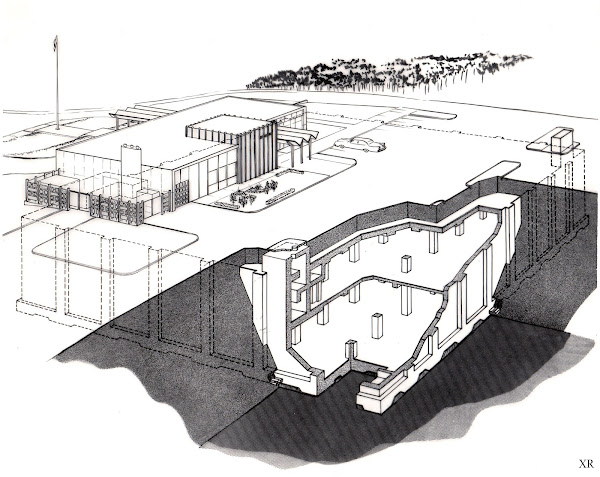 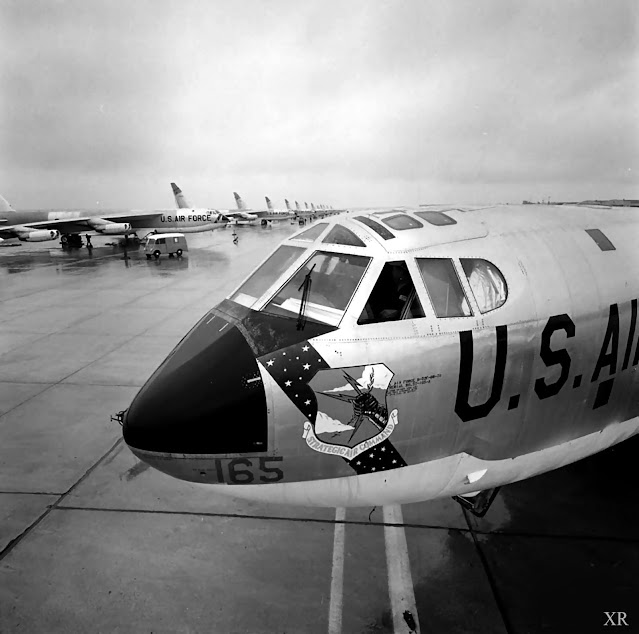