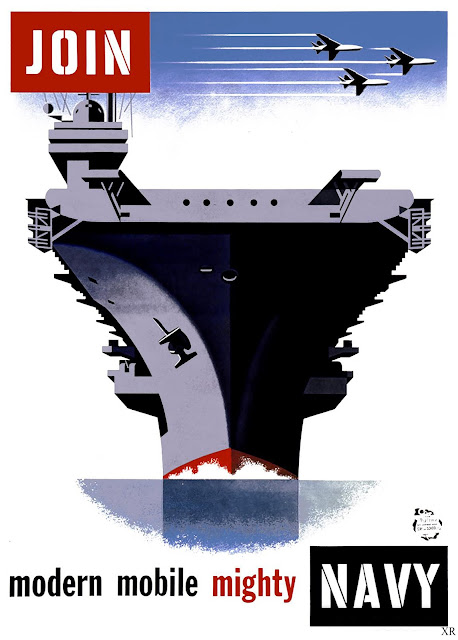 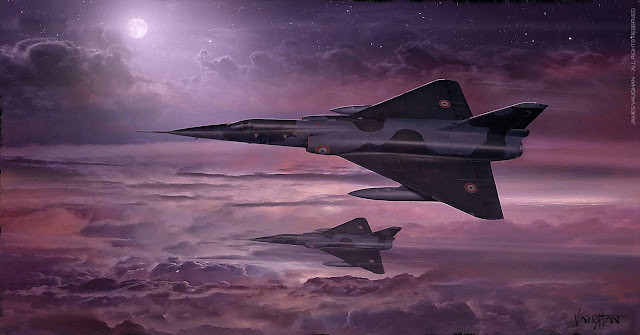 ... my artwork: The Mach 2.2 'Mirage' IV built by the aerospace company Dassault was the premier weapon system of the early "Force de frappe"  nuclear force of France. The French were the fourth nation to develop nuclear weapons(1960). The Mirage IV originally carried one free-fall fission-bomb of 70 kiloton yield. Later it was out-fitted with a supersonic stand-off missile with a 300 kiloton thermo-nuclear warhead.

Currently France maintains 50 nuclear capable aircraft spread between their airforce and navy. Additionally they have 4 ballistic missile submarines! Each submarine carries 16 nuclear armed missiles. So... do not f---k with the French! 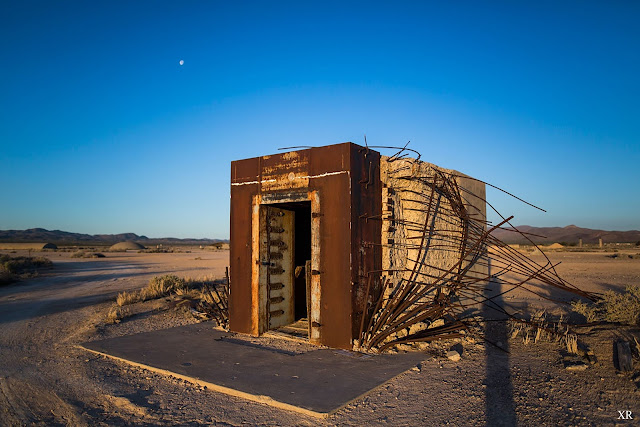 ... "Response of Protective Vaults to Blast Loading". The bank vault itself survived virtually unscathed. The still functioning 14 ton steel door was removed after the test. I have been trying to determine what the distance from ground zero was. Damn close is my estimate.

a reader provided info that the distance was 1,150 ft from ground zero (37 kiloton weapon suspended from balloon at 800 feet) 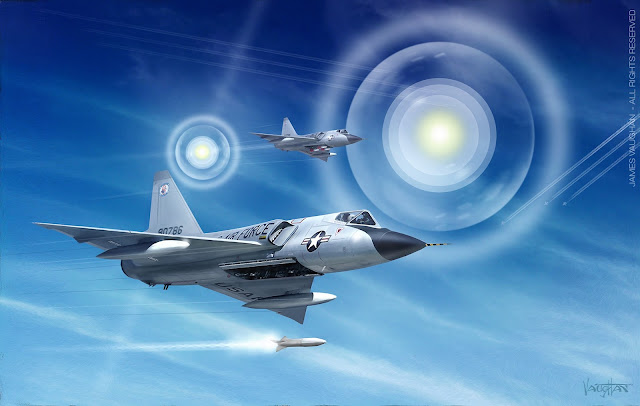 note: when the very large numbers of atomic weapons during the cold War are listed - they are including the stockpiles of numerous  anti-aircraft weapons and tactical nuclear artillery shells. 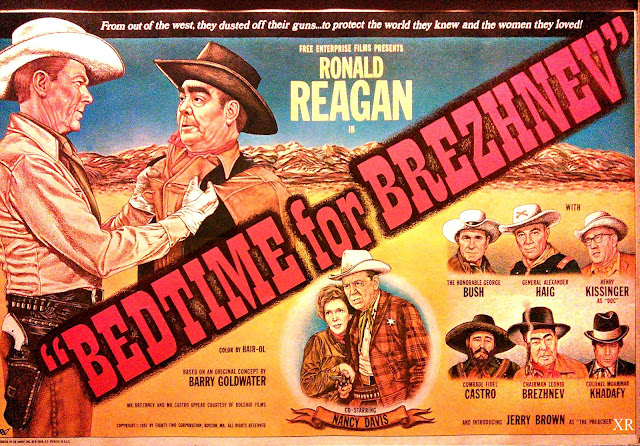 ... clever send-up of the "new Sheriff in town" Pres. Ronald Reagan. Obvious reference to one of Reagan's more ridiculous movies: 'Bedtime For Bonzo'. 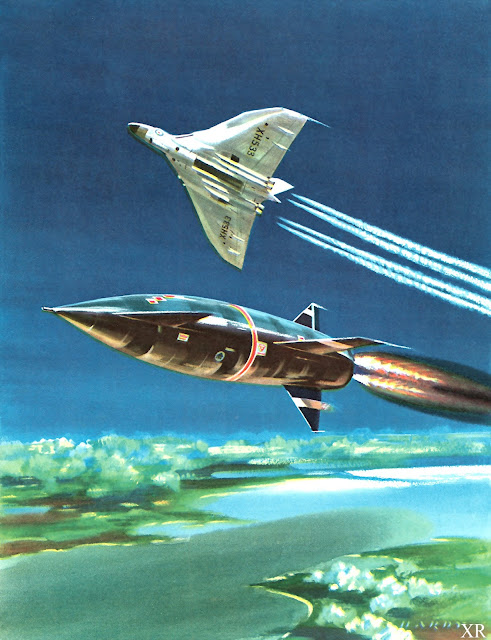 ... as Strategic Air Forces struggled to cope with better and better ground launched guided missiles; the concept of 'stand-off' weapons emerged. The 'Blue Steel" air launched missile was one such solution developed by the British RAF.


The 'Blue Steel' carried a 'Red Snow' H-bomb. Not to be confused with the 'Yellow Sun' which was the same H-bomb fitted into a gravity bomb casing. I have always thought the British pre-occupation with naming their strategic weapons with some sort of obscure color-code was strange. But they may have felt that American names for weapons like the 'Davey Crockett' or the 'Navajo' were just as eccentric. 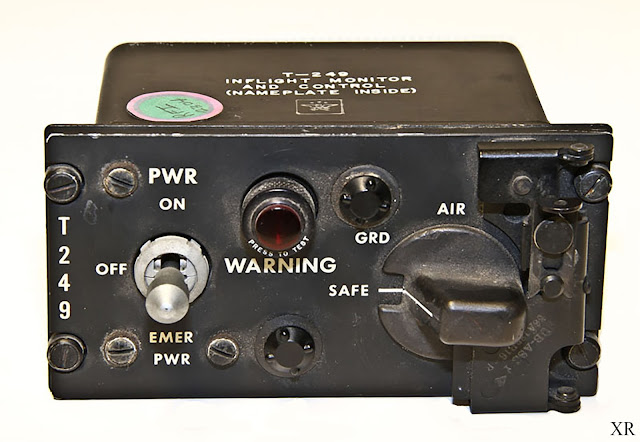 ... looks to be a nuclear bomb arming-set switch. Possibly used on 'tactical' fighter aircraft. Note the choices of ground- burst or air-burst and the metal flanges acting as a simple 'holy-shit' safety on the selector.


A 'ground-burst' of a nuke from such a small, low-flying aircraft would involve a 'lay-down' of the weapon with a parachute and soft landing. A timer would delay detonation until the aircraft had gotten a safe distance away. Always gets my imagination going: cut to scene of elderly babushka lady cursing and beating with rake on H-bomb that has landed on her prize turnips. 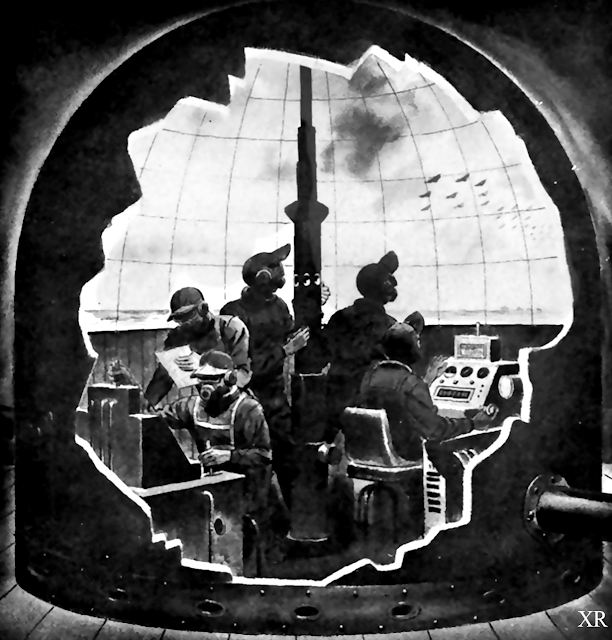 ... another untraceable illustration of a creepy future-war. 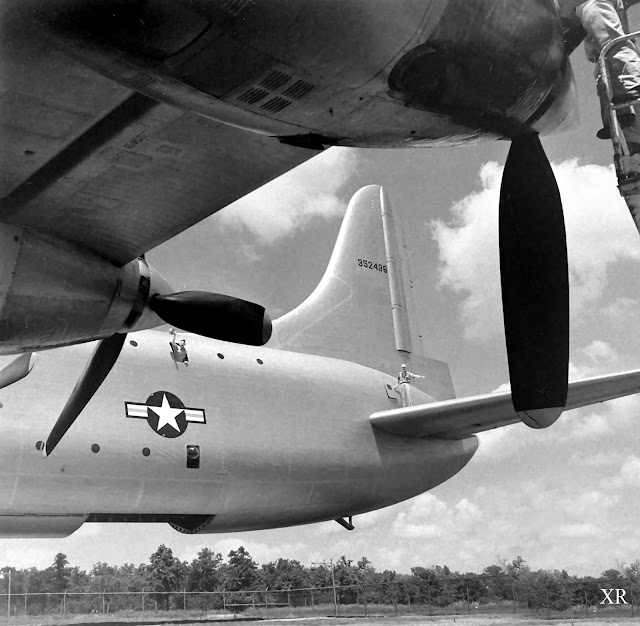 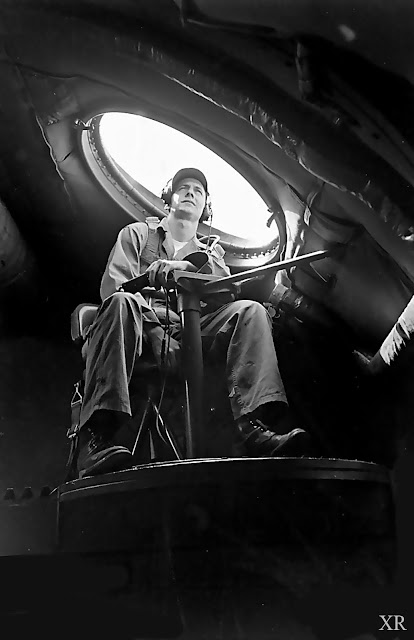 ... when you build the world's biggest airplane - it gives you strange ideas! The Convair company was busily cranking out the B-36 'Peacemaker' (Gigadinosaurous Strategicus) and began to think; what else can you do with such a large airplane besides drop atomic bombs on people's heads?

One answer was the XC-99; a cargo and troop carrier version of the strategic bomber. Another idea was to create the world's first Jumbo-Jet Prop airliner. One military cargo version was built. Sadly no commercial airliners were ever ordered; with hot and cold running martinis and wall to wall sirloin steaks.

top photo: XC-99 which saw a lot of service during the Korean War
other photo: observer sits in former gunner's bubble making sure both wings are still on. 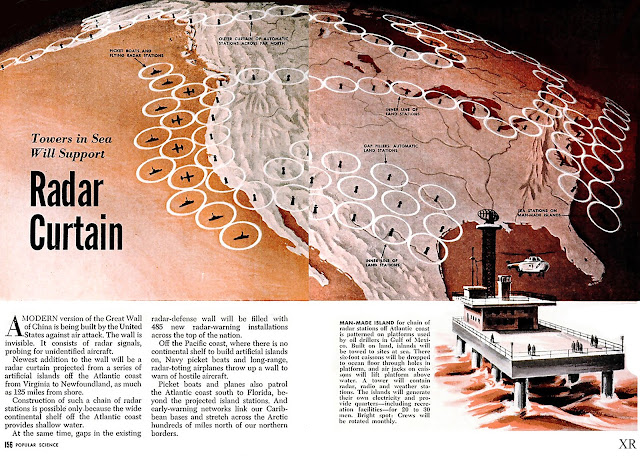 ... as USSR long range bombers continue to be tested and brought into service the USA scrambles to complete a reliable and comprehensive system to warn of attack by aircraft.