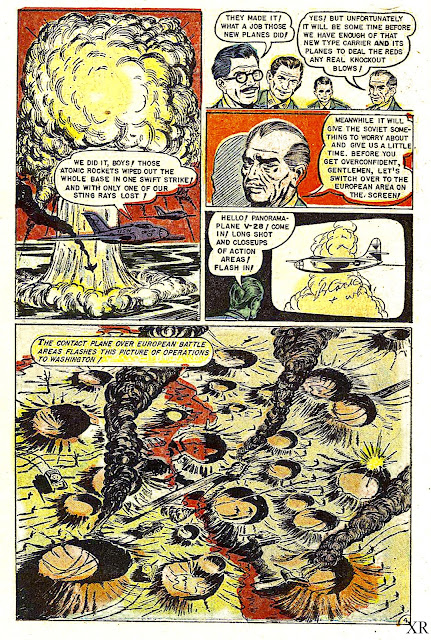 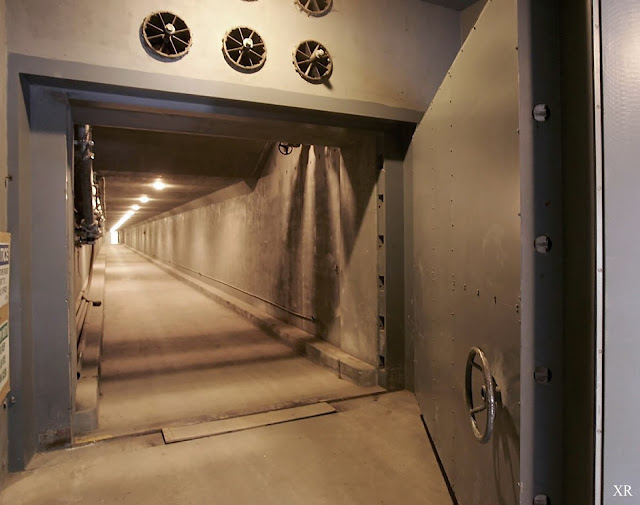 ... one of several entrances to the massive bunker built to house members of Congress in the event of nuclear war. Unlike the secret underground lairs of movie super-villains; the landscape of the Cold-War is mostly like this. Dark, cold and very hard. 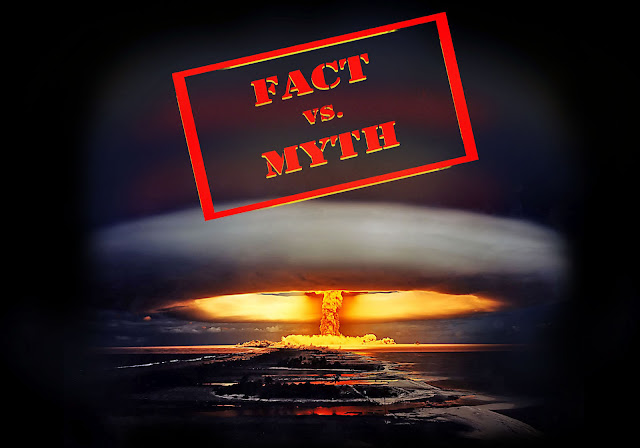 The subject of how and who can give permission to use America's Nuclear Weapons is an important, timely and complex topic. I will try to explain some of it in several entries... this is #1.


... the 'system' of unleashing America's nuclear weapons against a foe was set up during the early part of the Cold-War. Thousands of military personnel are involved. Hundreds of bombers, missile sites and submarines would or could be used.

Because of the memory of the catastrophe of Pearl Harbor in WWII and the swift speed of silo and submarine based missiles the system is designed to work quickly and smoothly with a minimum of fuss and bother. The men and women who are in direct charge of using the weapons are relentlessly trained to respond correctly and quickly to a specific set of coded orders. It is hoped they will not think too much about the human consequences of their actions.

The first atomic bombs were used on the Japanese cities of Hiroshima and Nagasaki in 1945. They were in many ways an extension of the massive conventional bombing campaign against Japanese urban areas which had already been underway.

Contrary to the popular myth - dropping these bombs was not seen as a sure way of 'ending the war'. No one could predict that sort of outcome with any sureness. No one had actually experienced or could comprehend in real terms just how devastating these new weapons would actually turn out to be. It was hoped that the atomic bombs would hasten victory. Plans were drawn-up to use them on up to a dozen cities and even 'soften' up beachheads with them before an anticipated manned invasion.

President Truman approved the use of the 'Little Boy' and 'Fat Man' bombs almost as a matter of routine. More as an okay for expending the end products of an incredibly expensive and extensive government military and scientific project - than as a moral decision.

After the first two bombs were dropped Truman exercised his authority as Commander and Chief to stop further use and suspend already planned further drops on Japanese cities. Reality replaced theory. This was not an ordinary weapon scaled-up. Mankind had found the power of the gods. 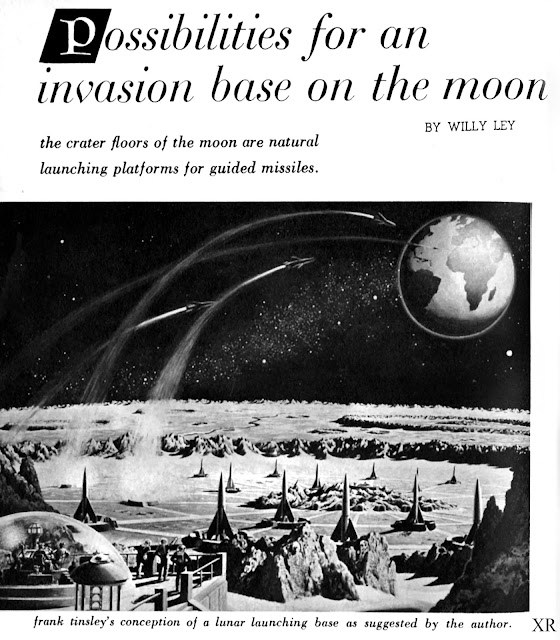 ... the idea of a missile base on the moon was crazy and impractical. It's only advantage would be that it would be immune from a sneak-attack. But it sure made for exciting illustrations and magazine articles! 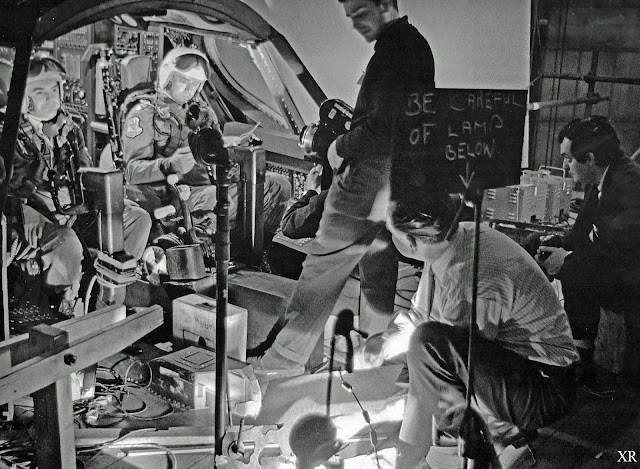 ... Slim Pickens as 'Major Kong' (right seat) being filmed in mock-up of a B-52 cockpit. Director Stanley Kubrick can be seen at the extreme right. 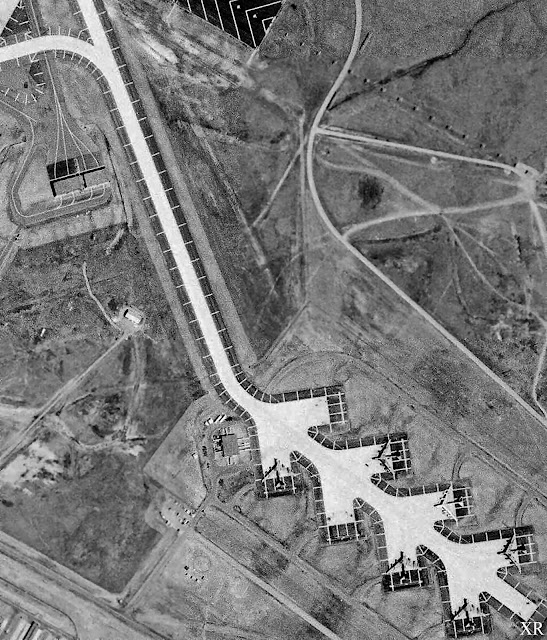 ... B-52 Stratofortresses visible parked on hard-stands; ready for quick taxi to the runway and take off. 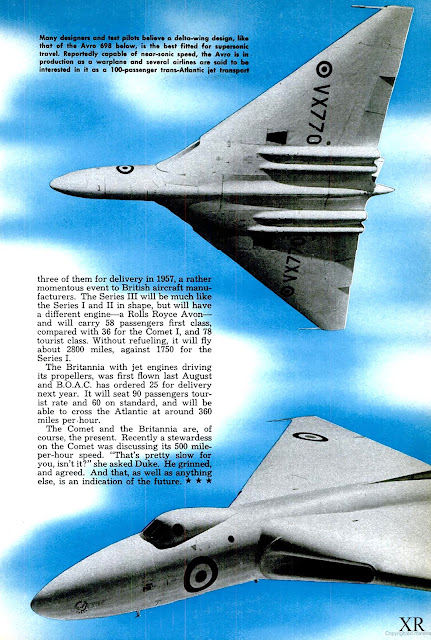 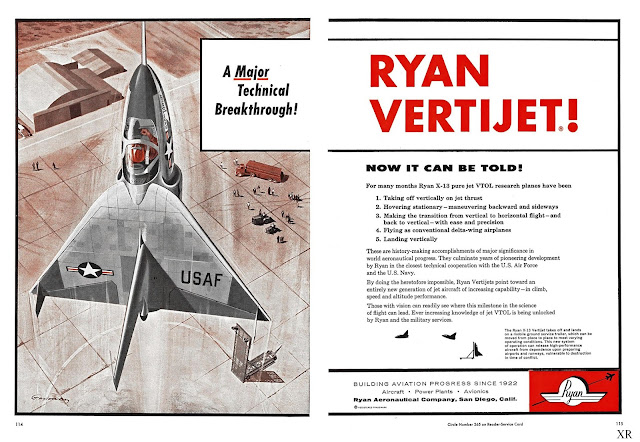