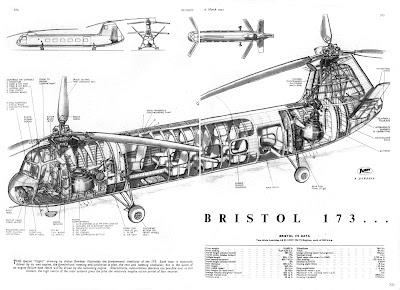 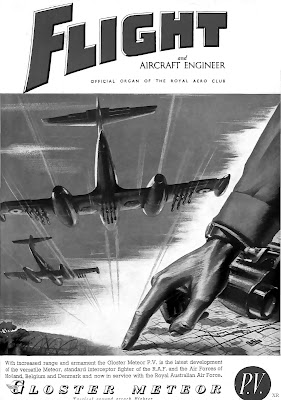 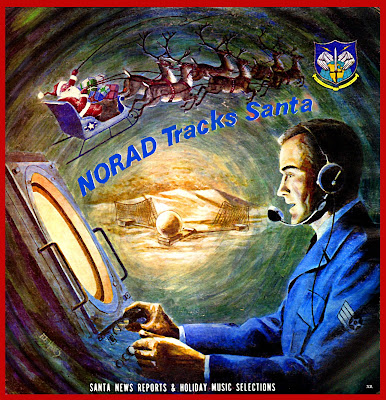 ... the battle-staff of Atomic Annihilation has been decorating the War Room; located here in solid granite far below the Midwest prairie. There's wreaths on the radar displays, Christmas cards, little cut-out snowflakes and even the missile crews have hung stockings outside their blast doors! So, now that we've had a few cups of the General's special egg-nog, we're feeling all warm and fuzzy and can't quite put up our regular "bomb-em back to the stone-age" posts.

... here's a LINK to the traditional Cold War updates from Cheyenne Mountain where those ever vigilant radar warriors help to separate Santa's sleigh from the chaff and incoming ICBM's. 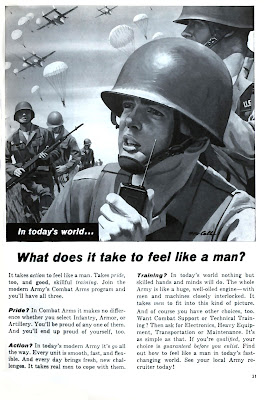 ... be a man? This kid looks like he's too young to drive!
No comments: 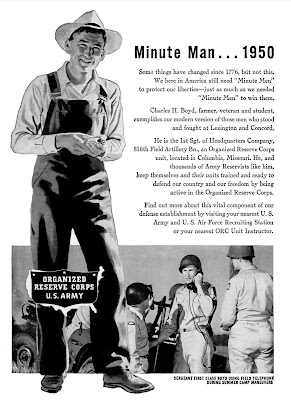 ... wanted! Hayseeds, Hicks and anybody named Gomer!
No comments:

... there's an old saying amongst pilots and grizzled aircraft designers; "if it looks good, it'll fly good!" Well the Douglas X-3 Stiletto looked great! But it turned out to be a dismal failure. A real 'Edsel' of the X-Planes. 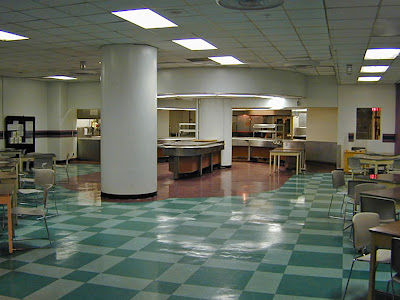 ... under the swank Greenbriar Hotel Resort in West Virginia a vast bunker was constructed between 1959 and 1962 to shelter both Houses of Congress during an Atomic War. Here is the main cafeteria. Now a tourist attraction you can go to the link and check out the scheduled tours or even rent a meeting space! 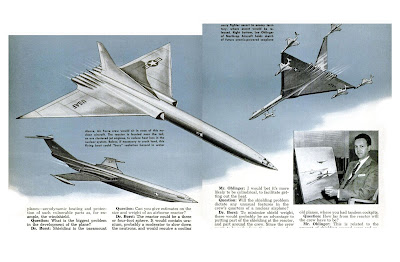 ... nothing was cooler than pointy nosed supersonic atomic-powered bombers! And nothing sold magazines or generated Pentagon financing like illustrations of those cool Doomsday bombers. This was a true-ism of the 1950's and 60's. "We don't care if it's practicle or possible- just make it look cool!" Which is why there are not any flying cars or atomic-powered bombers today. But there is a Santa-Claus! 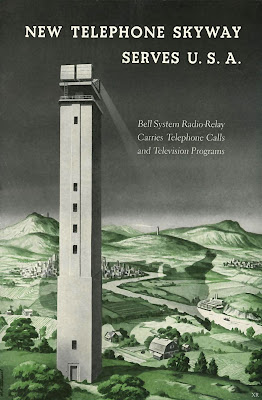 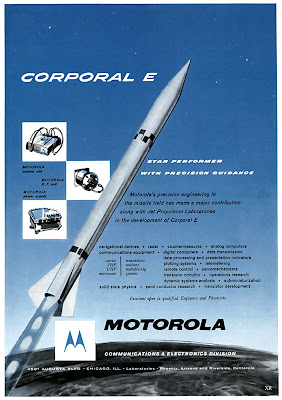 ... the 'Corporal' missile was designed for tactical, battlefield use in Europe as a counterforce against the overwhelming numbers of Soviet and Warsaw Pact conventional forces. It carried a W52- 200 kiloton warhead.
No comments: 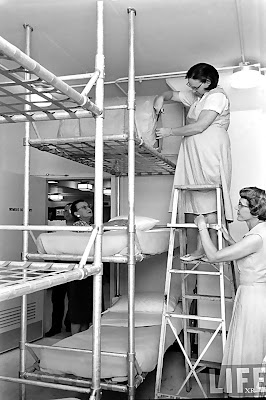 ... speaking of bunkers; those nice Shelter Ladies have got your cozy little bed almost ready for you! 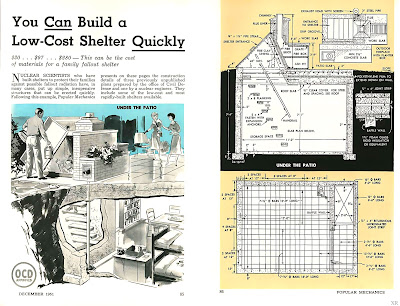 ... makes sense for all those frugal post-depression Dad's to try to get the most peace-time use out of their doomsday bunkers! Considering that estimating materials is one of the hardest parts of any DYI construction project; I'll bet there was all kinds of backyard additions made out of the leftovers. Of course a patio and with an outdoor grill is the perfect disguise. How many sleepless nights were caused when Mr. Smith built a backyard shelter but his foolish neighbors did not?

... hmmm- looks like the next-door neighbor's wife has been invited to ride out 'the big-one' along with June and his always cheerful son Bobby. Maybe Smith has already laid plans for his patriotic duty of re-populating a devastated America? Perhaps the neighbor husband has just conveniently fallen down that backyard wishing well that Smith so kind-heatedly built for him with the rented backhoe and all that left over brick?

... could it be that there is no Conelrad alert at all? Is ever industrious Smith just now completing a plan of the best way to avoid the next twenty years of integration, hippies and women's lib? Tune into next week's 'Twilight Zone' and maybe we can get some answers from that screenwriter, standing over there by the garage smoking a Lucky.


'The Shelter' The Twilight Zone 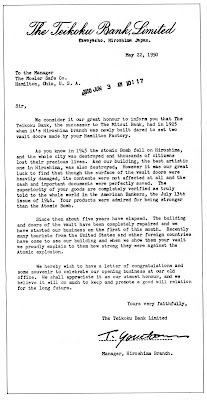 ... okay- this is nuts! But, if the enemy drops atomic bombs on you, I suppose it makes sense to make the best out of it!
No comments: