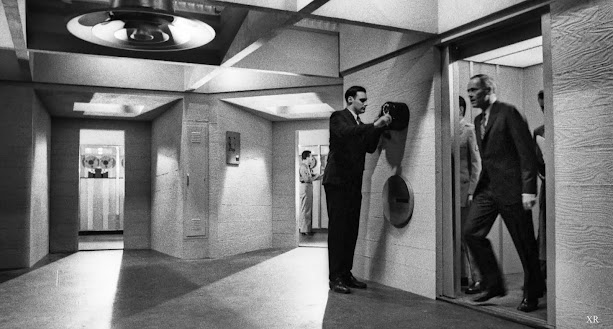 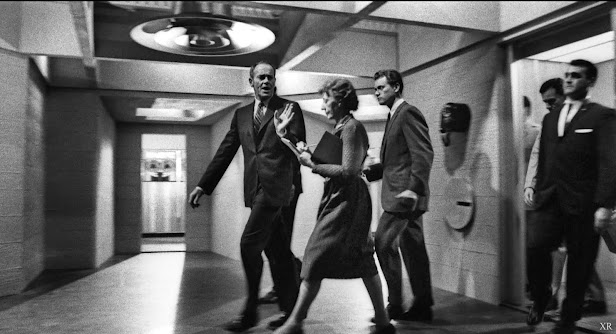 ... scene from the movie 'Failsafe'. In the bunker 'waaay' down under the White House. 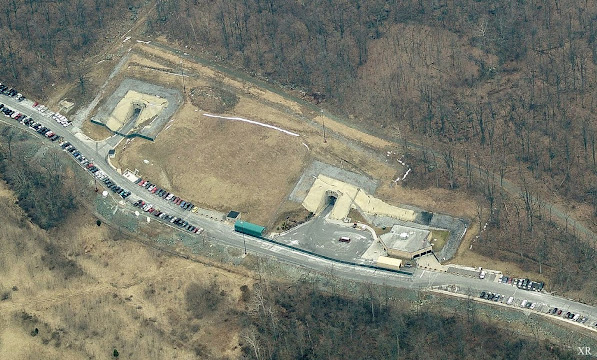 ... amongst the various Cold-War bunkers built by the US Govt, Site-R remains one of my favorites. Unlike Cheyenne Mountain and the Greenbriar Bunker it's not on 'Myth-busters' or The National Geographic channel every other week.

Completed in 1953 and located in rural Pennsylvania speculation remains as to upgrades it has received over the years. Is it the HUCC  (Hardened Underground Command Center)? Which means 'super-duper' hardened. Cut to scene of The President brushing the rock dust off his shoulders, shaking his fist at the ceiling and yelling "... 50 megatons, is that all 'ya got!"

We do know, from this nifty photo that Boris and Natasha provided, that mainly black or white SUVs and pick-up trucks are parked there. Except for the yellow Prius that probably belongs to that 'pinko' down in research!

Also fun to note that it never was 'secret'; at least as far as the local papers: