... I knew that the actual core of fissionable material in an A-Bomb was relatively small- say the size of a baseball- but I've never seen an accurate 3-D type illustration. Now I have. Keep in mind that a six foot man would be about the height of that rear fin assembly.
(pictured Mark III A-bomb) 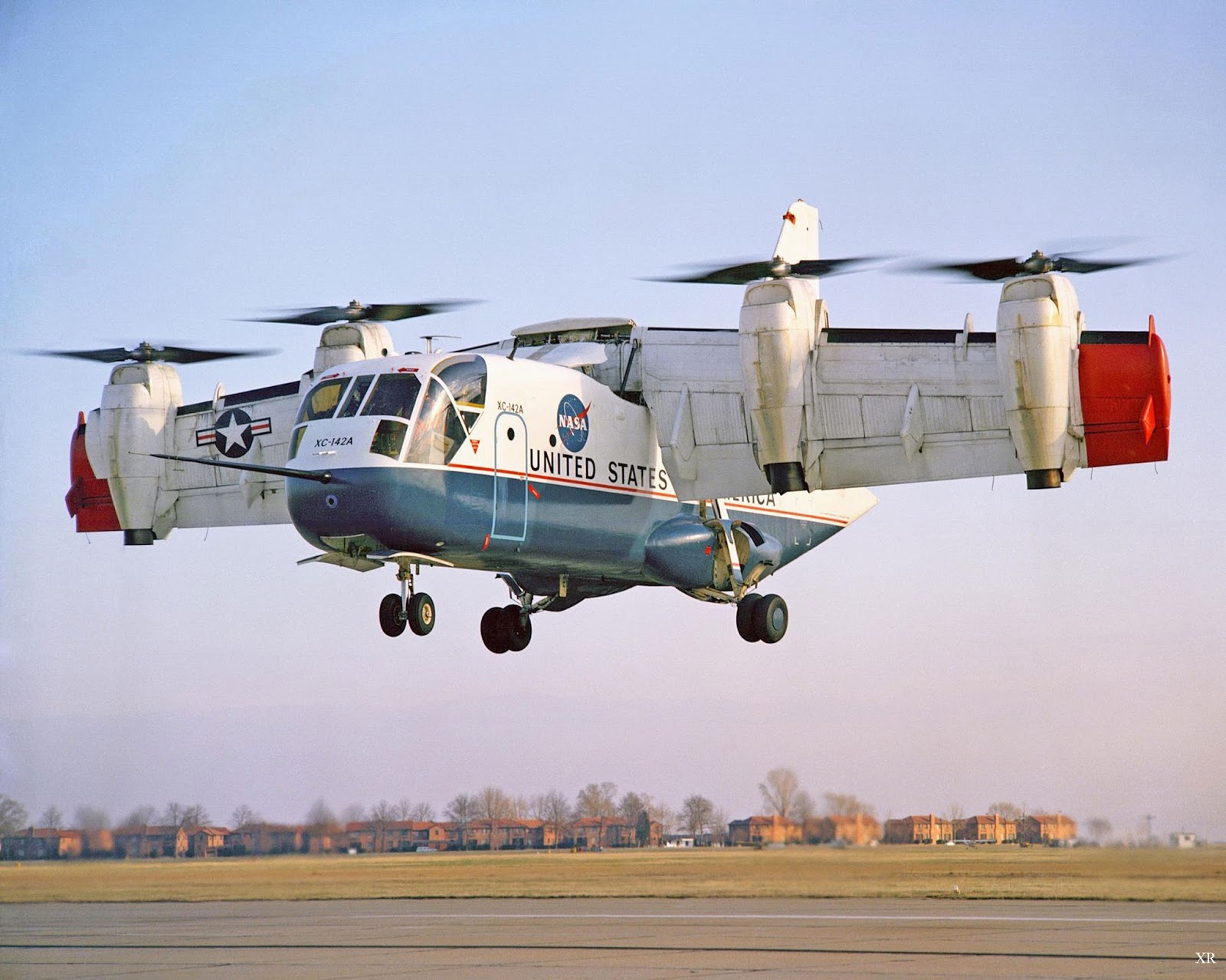 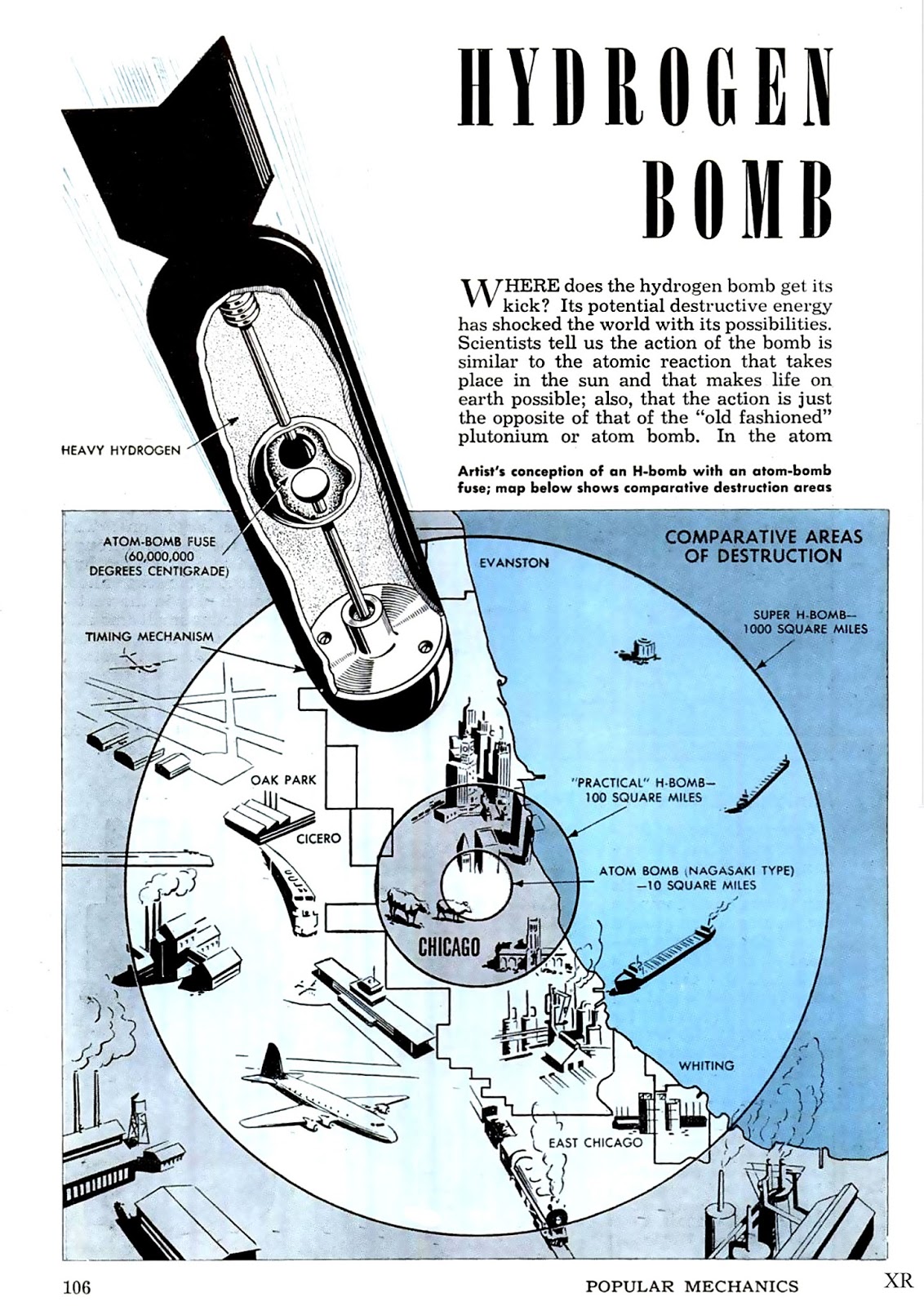 ... it's 1950 and we don't have the Hydrogen Bomb yet- but we will soon! Everyone's talking about it and fretting about it. Heck, we won't just have regular H-bombs a thousand times bigger than the puny atomic bomb- we'll have Super H-Bombs! Poor Chicago, everyone's always picking on Chicago. 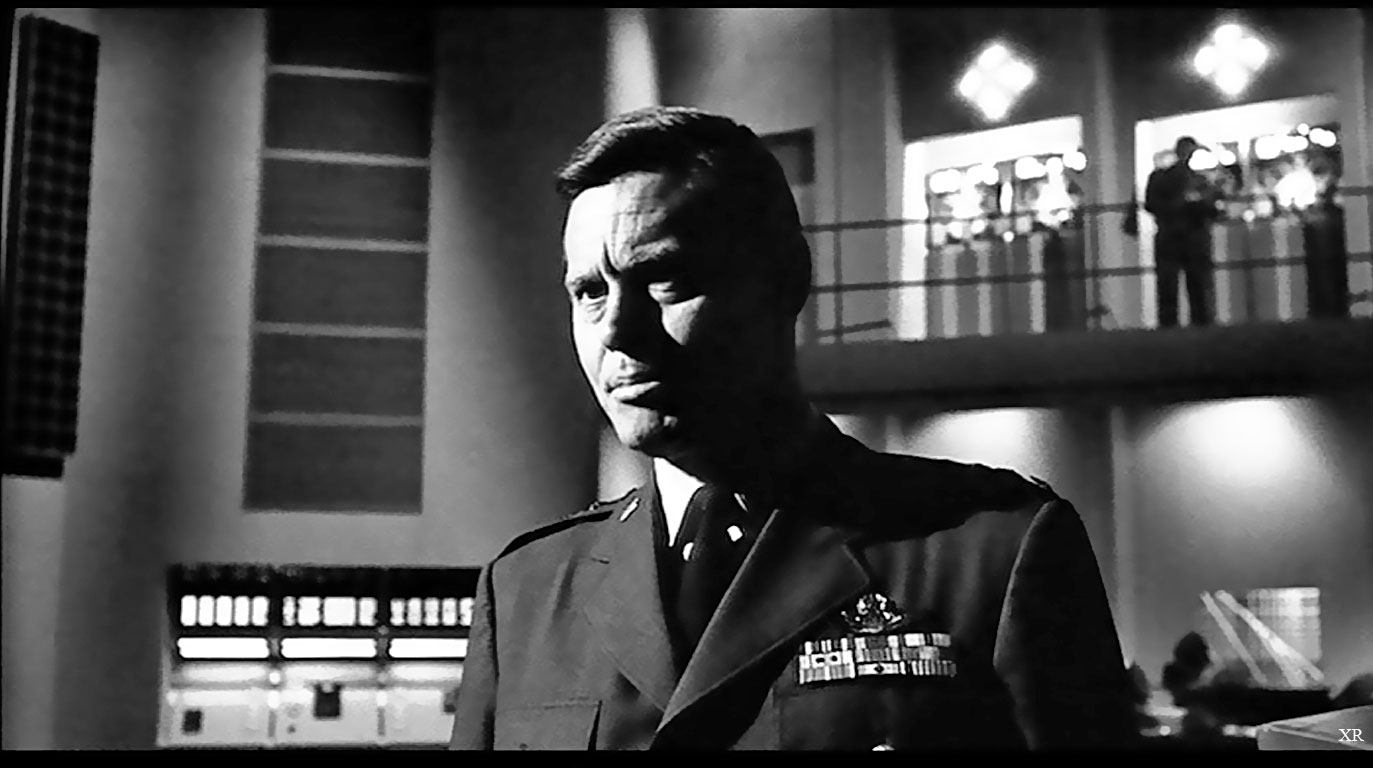 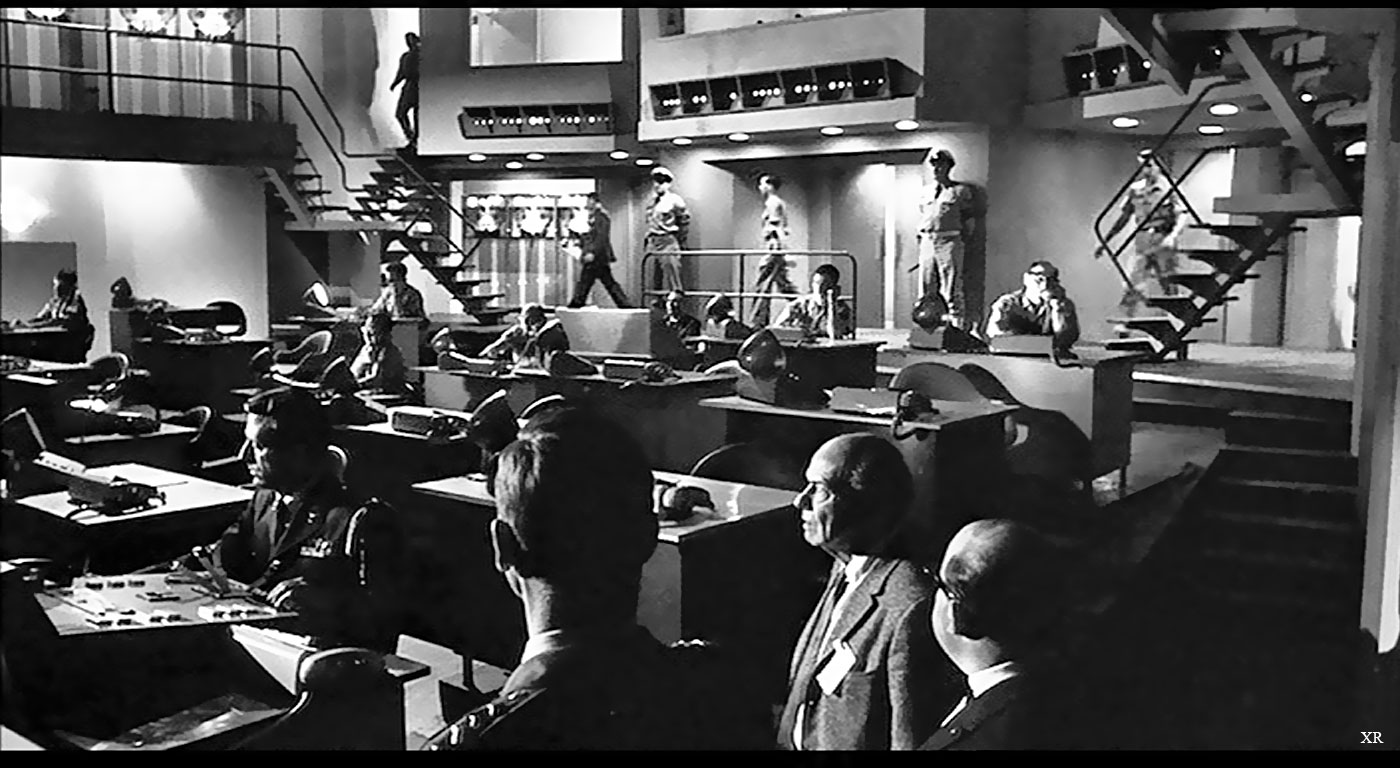 ... amongst my never ending list of praises for this film is the stark, yet rich, lighting!
(LINK) 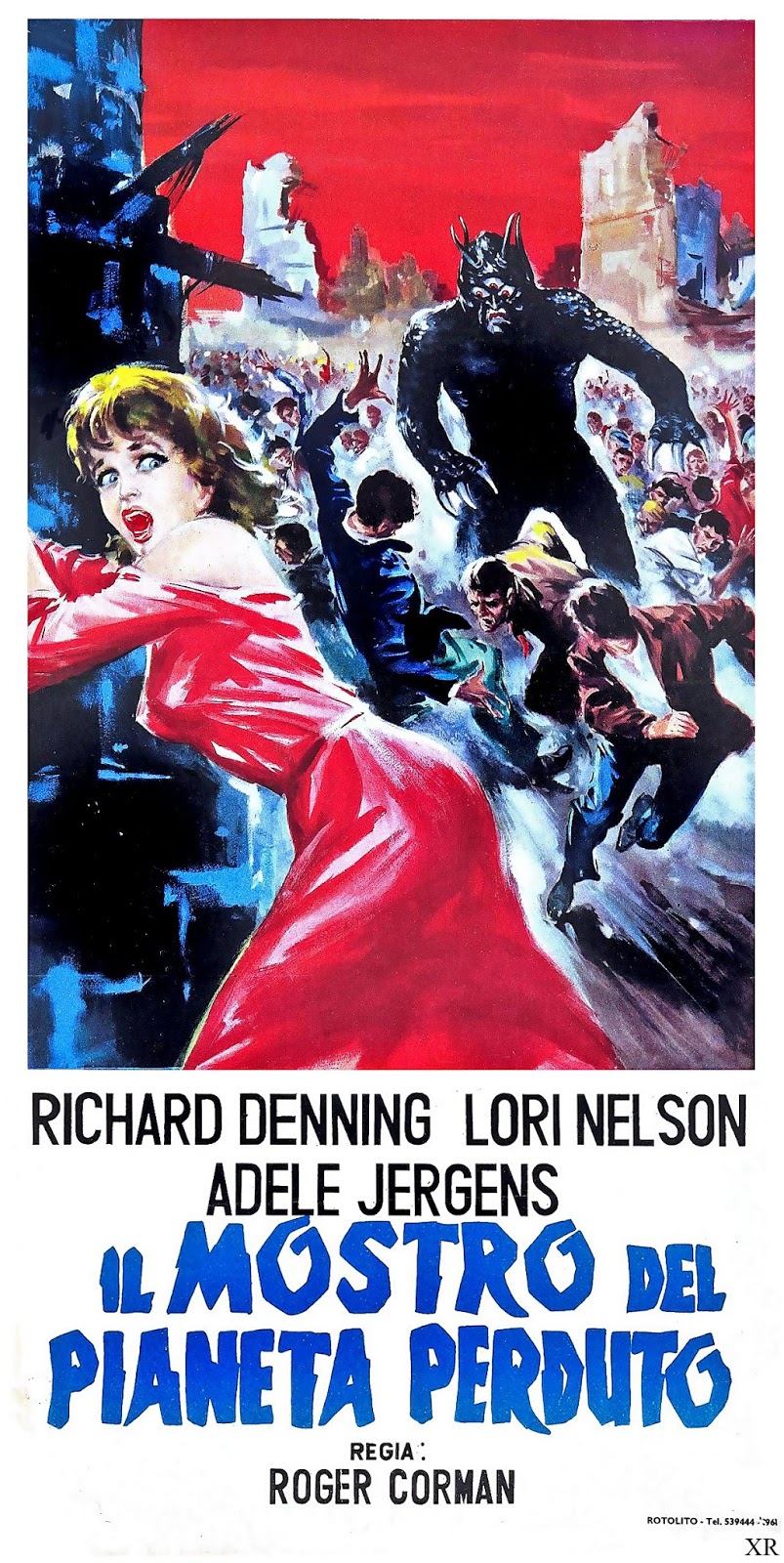 ... the editors of this blog wish to emphasize that no such exciting scene actually occurs in the film. 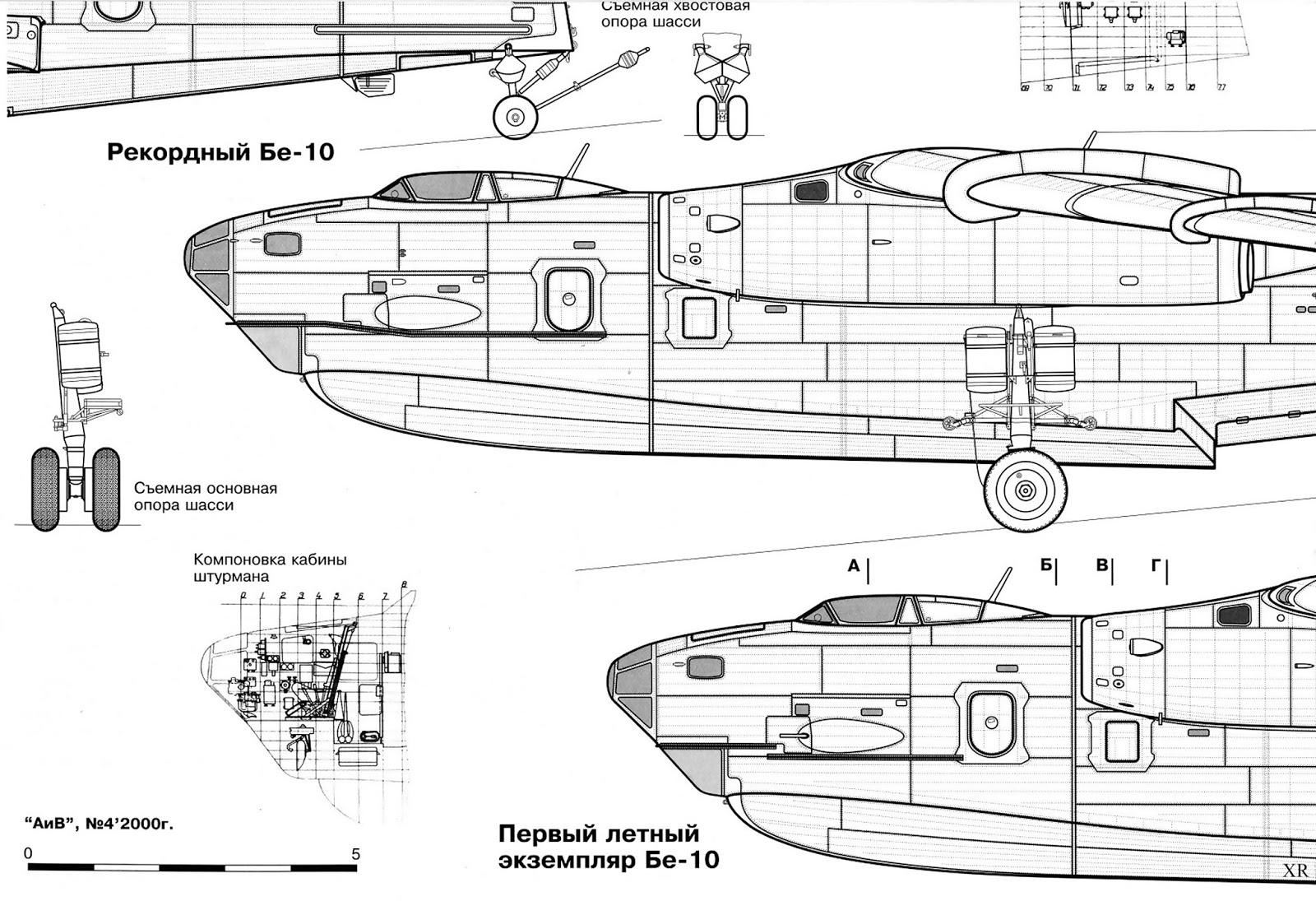 ... although the US gave up on large flying boats in the 1950's the Soviets continued their development. This was in no small part due to the USSR's naval doctrines of surprise attacks against US Carrier task forces. Flying boats can operate independently of large bases and can sneak around, hiding at small islands and coves. (LINK) 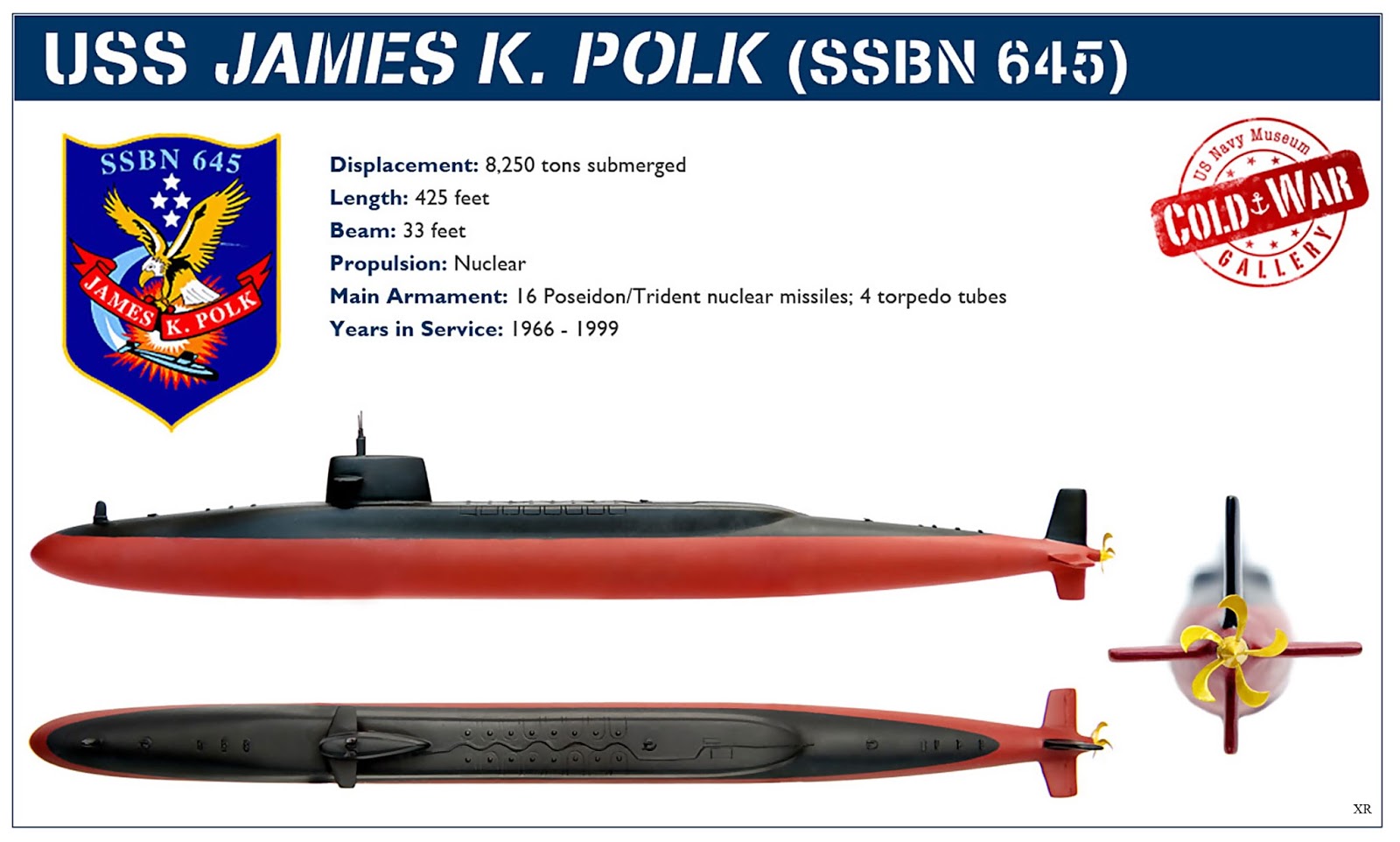 ... amazing that by 1966 the US Navy was into it's 5th generation of Ballistic Missile submarines! (LINK) 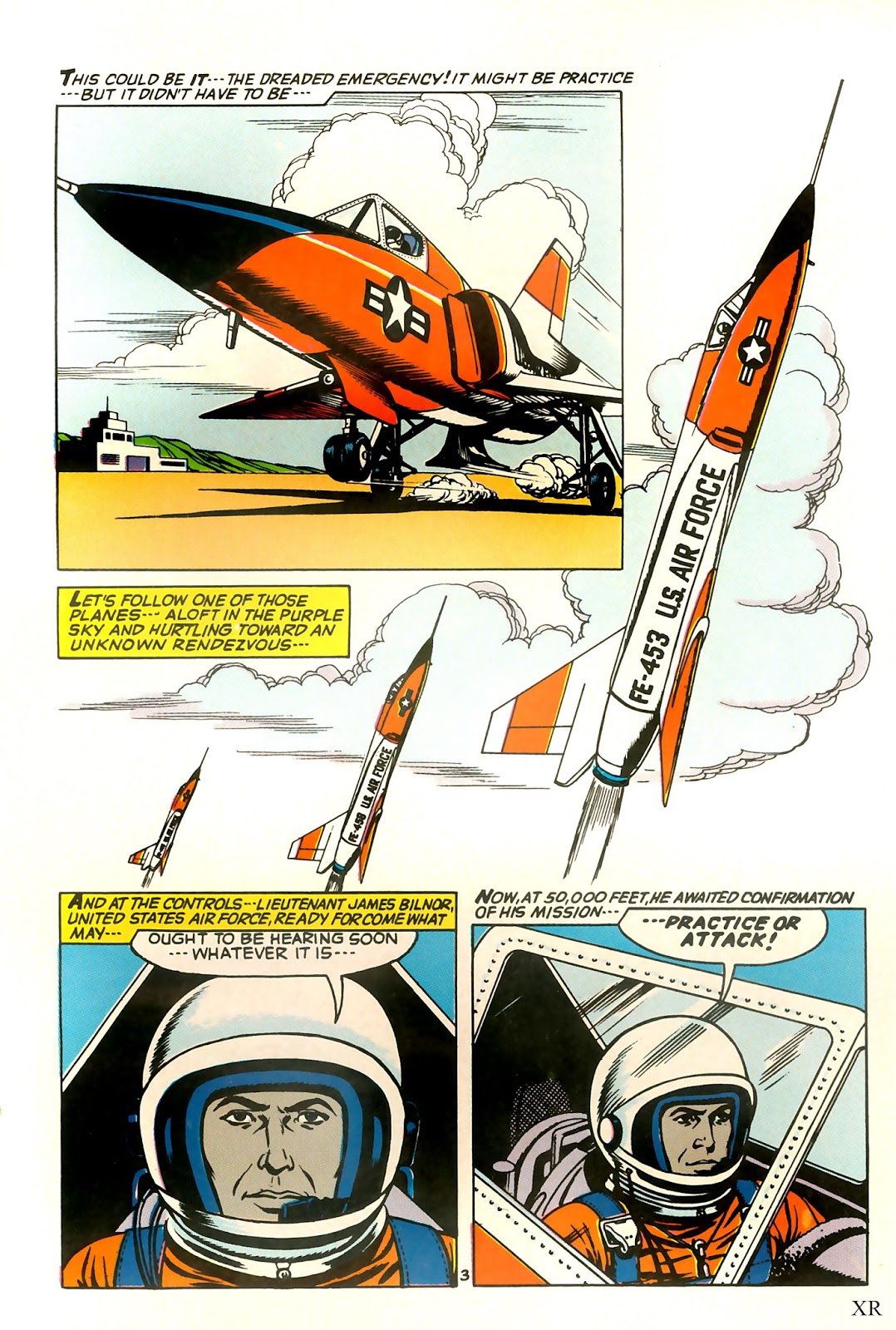 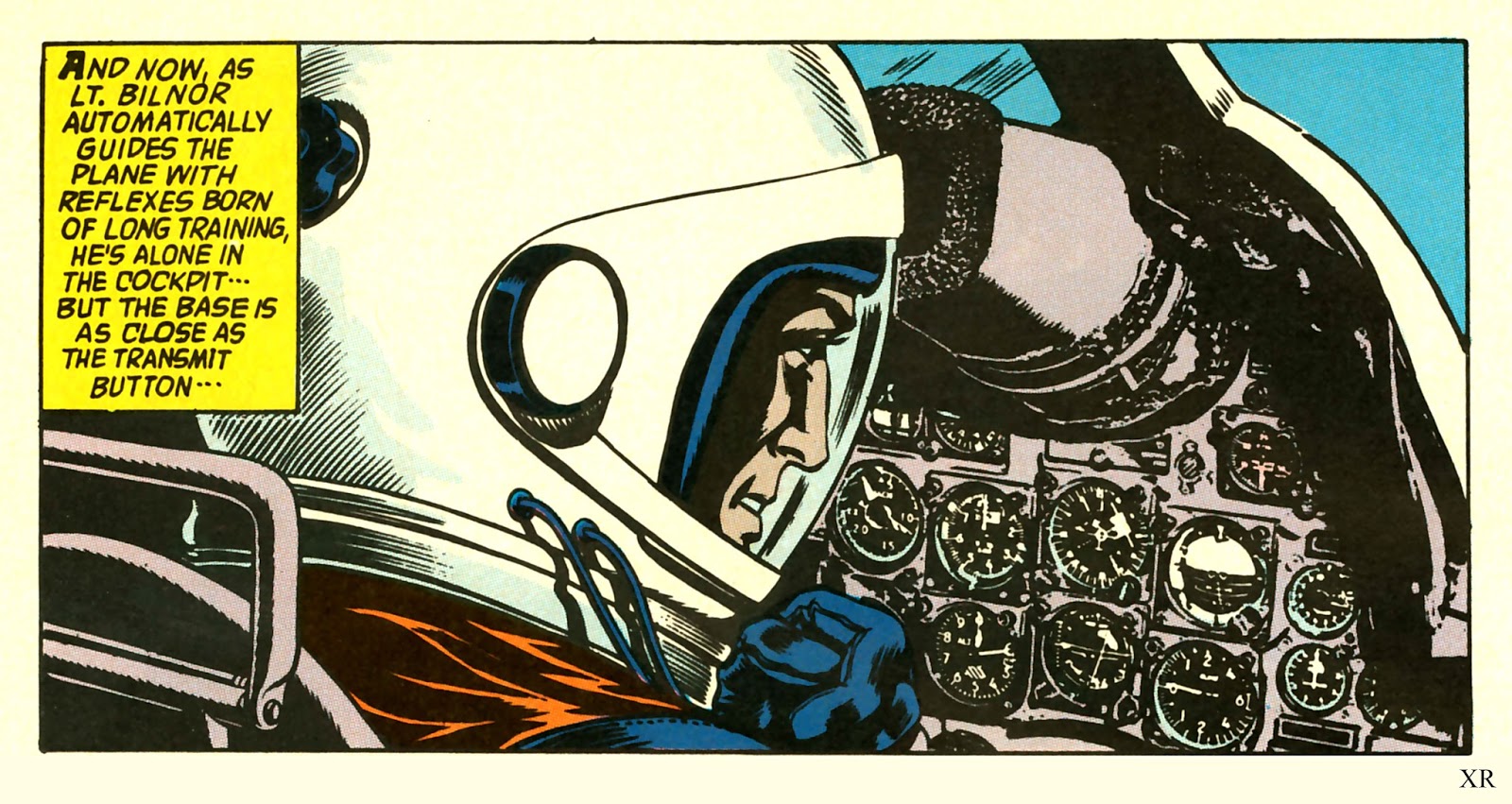 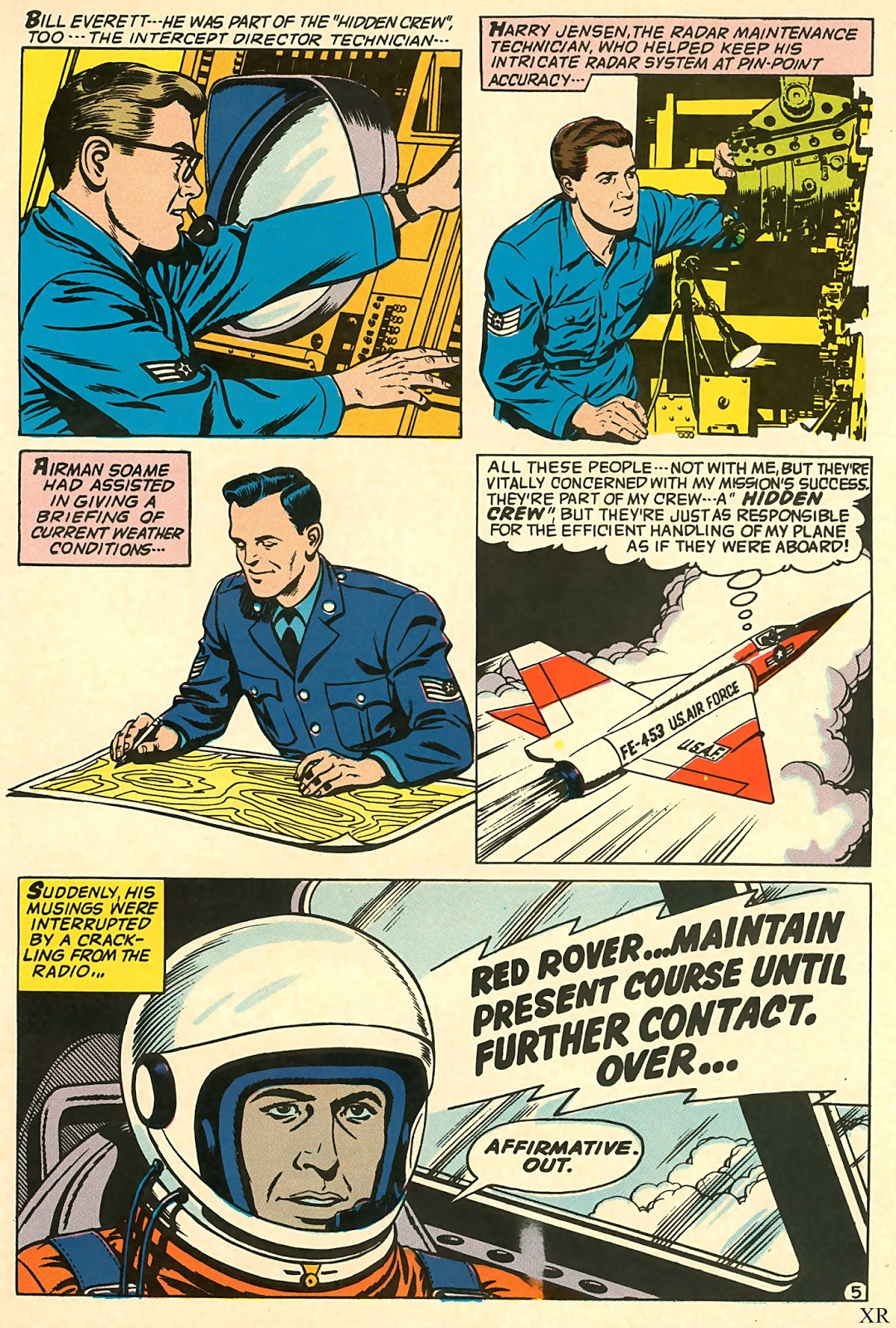 ... too make the long story short. Britain got locked out of the US atomic-weapons program because of too many spies. So they had to go it alone after WW2 and their participation in 'The Manhattan Project.' 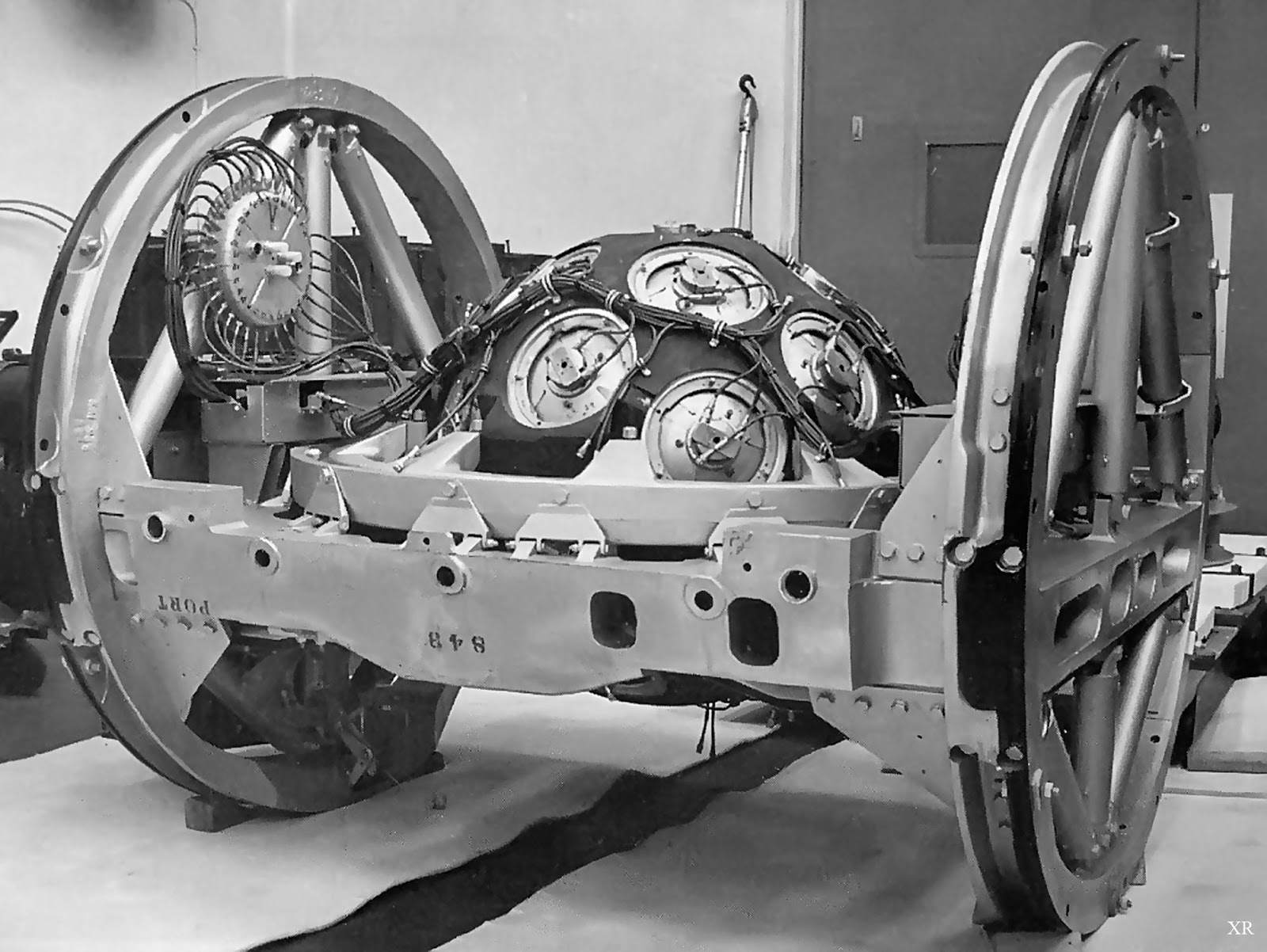 ... here we see a fission-implosion device that was used as part of a hydrogen-boosted weapon delivering a whopping 720 kiloton yield in 1957. At the time the Brits rather overstated it as an H-Bomb. Those aren't wheels for Monty Python to deliver it to the gates of the Kremlin; but framework to hold it in place within the bomb shaped casing. While the US gave their various weapons boring numerical designations this product of British engineering was known as the "Orange Herald" ... quite!

... Boris and Natasha would love this photo; as it gives an uncomfortable amount of detail of the firing mechanism for the high-explosive 'lenses' needed to cause implosion of the plutonium core. 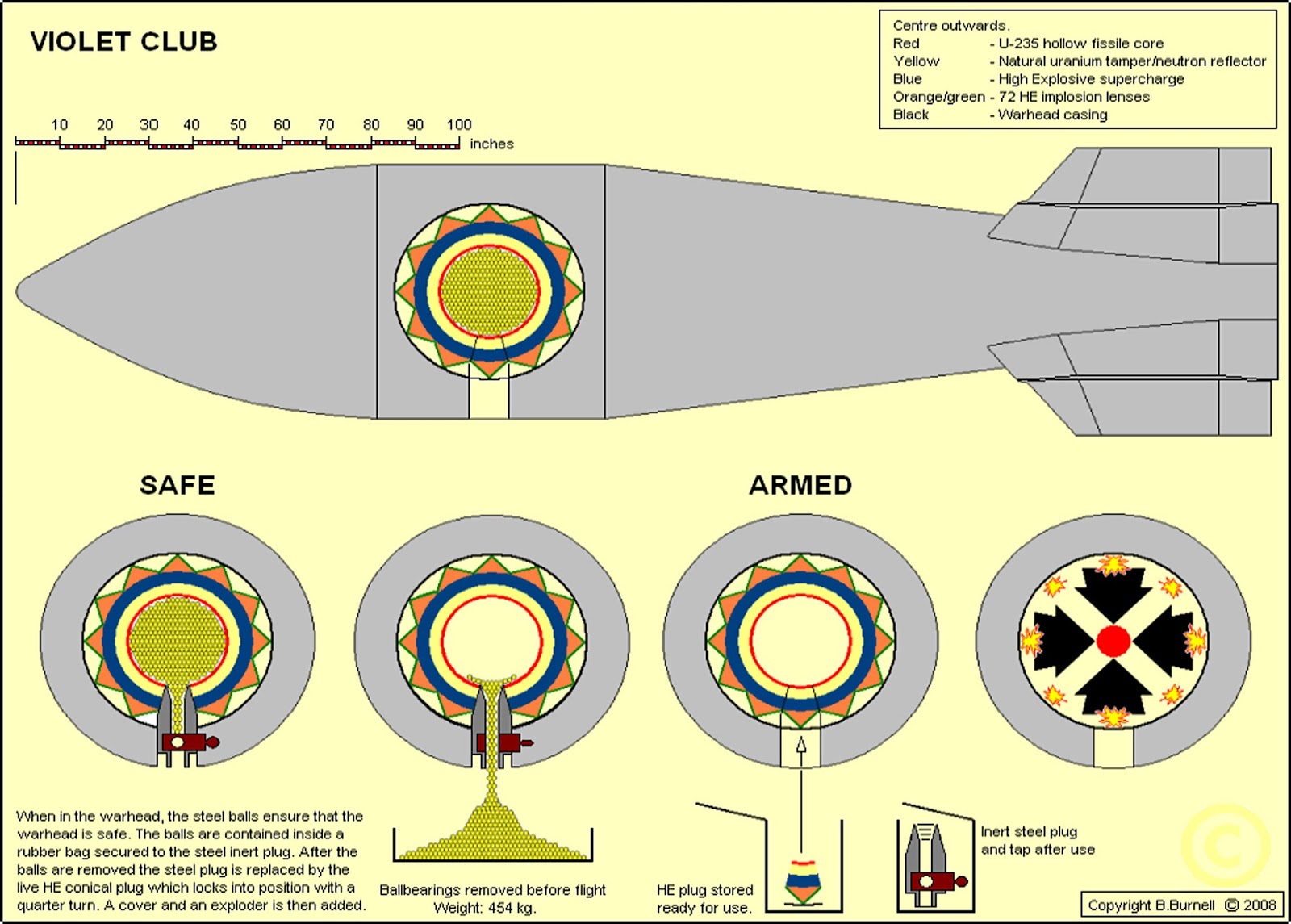 ... I was embarrassed that it took me so long to realize that the plutonium sphere which is the target of implosion for a fission device is actually hollow and not solid. Simply speaking you take just the right amount of super unstable plutonium, manufacture it into a hollow ball, then instantaneously squish it into a very compact solid ball with a perfectly balanced even synchronized explosion.

... in this cut-away we see that the 'safety' on the device was a whole mess of ball-bearings. In the event of an 'accidental' detonation of the high-explosive 'lenses' (they are called 'lenses' because they focus the explosion) the ball bearings prevent the hollow ball of plutonium from collapsing. Early US devices were armed by inserting a part of the mechanism after the delivery aircraft was in flight and on it's way to the target. Later designs used a mechanical means to prevent t he mechanism from working properly. 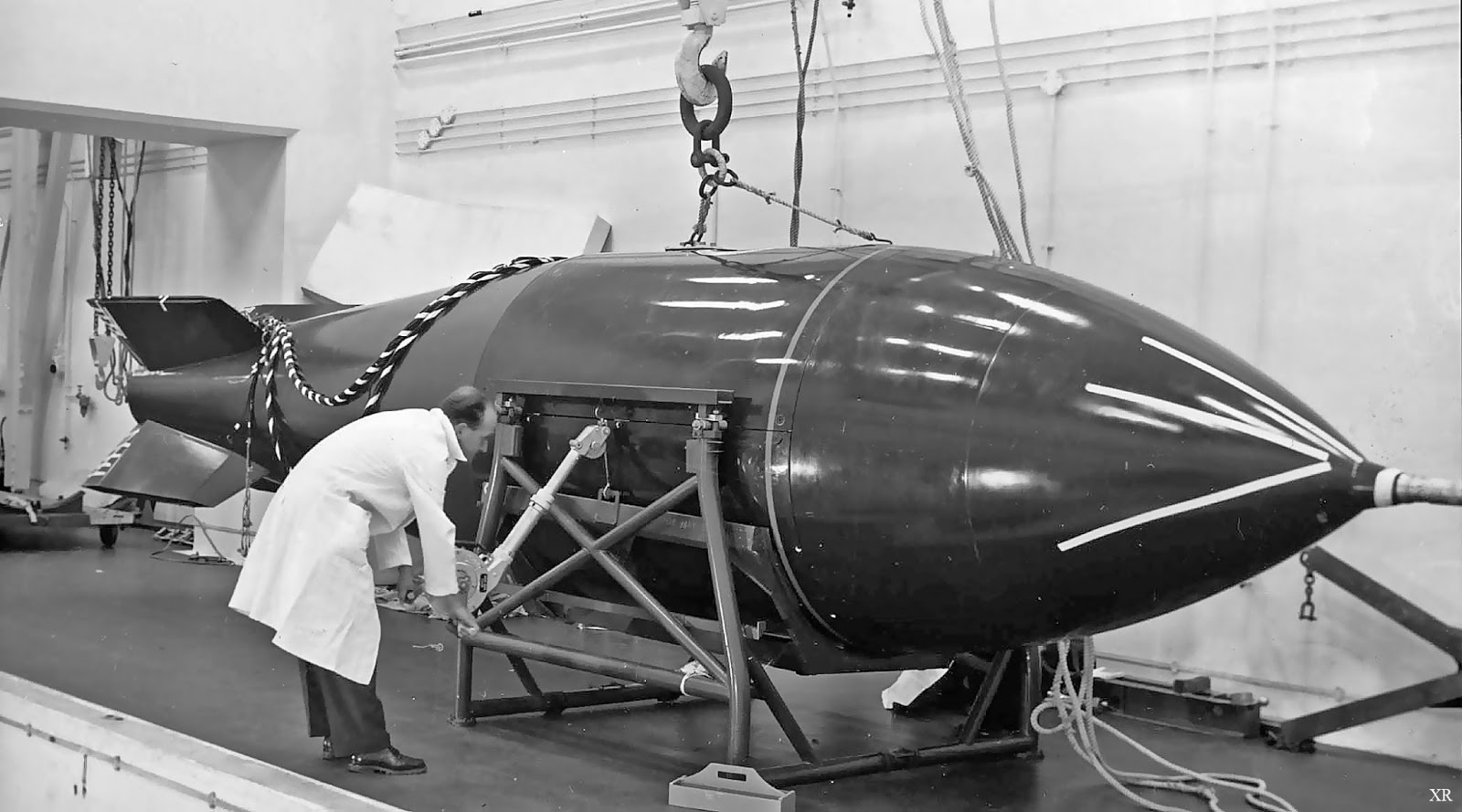 ... a short film hosted by NBC corespondent Chet Huntley about the LGM-30 "Minuteman" ICBM. Produced by the Thiokol Corp. that made the solid rocket propellant.


"Restraint? Why are you so concerned with saving their lives? The whole idea is to kill the bastards. At the end of the war if there are two Americans and one Russian left alive, we win!" General Thomas Power - Commander Strategic Air Command 1957-1964  LINK

... "The Andromeda Strain" is a great movie that still holds up as a sci-fi techno thriller 43 years after it's release. Directed by Robert Wise ('The Day the Earth Stood Still') this classic is the original story of averting a doomsday from an alien virus. The camera work and sound-track are first rate. Most of the action takes place in a deeply buried bio-lab bunker. The climax comes when the bug gets loose, triggering an automatic nuclear self-destruct protocol. Realizing that instead of destroying the contagion the fission blast will only nourish it (yeh, well sci-fi) there is a nail biting race to disarm the self-destruct. Only one of the visiting VIP scientists has the key to halt the countdown. The explanation reads like a Strategic Air Command reliability study:

"Hall and Leavitt enter a conference room where Stone and Burton are already present. Stone explains that at the lowest level of the lab is a nuclear device. This is just in case that all five levels of the facility become contaminated. Stone has made it ready for detonation with his key, and his key cannot be removed. When detonation is ordered, there is a five-minute period during which it can be called off but only if Hall uses his key. No one else can do so. Hall is given this crucial role, Stone explains, because of the Odd Man Theory. He hands Hall the missing page from the Scoop file that explains the theory. Research showed that single men made more reliable and correct decisions than married men. Therefore the final decision on whether to detonate the atomic weapon rests with Hall, who is single." 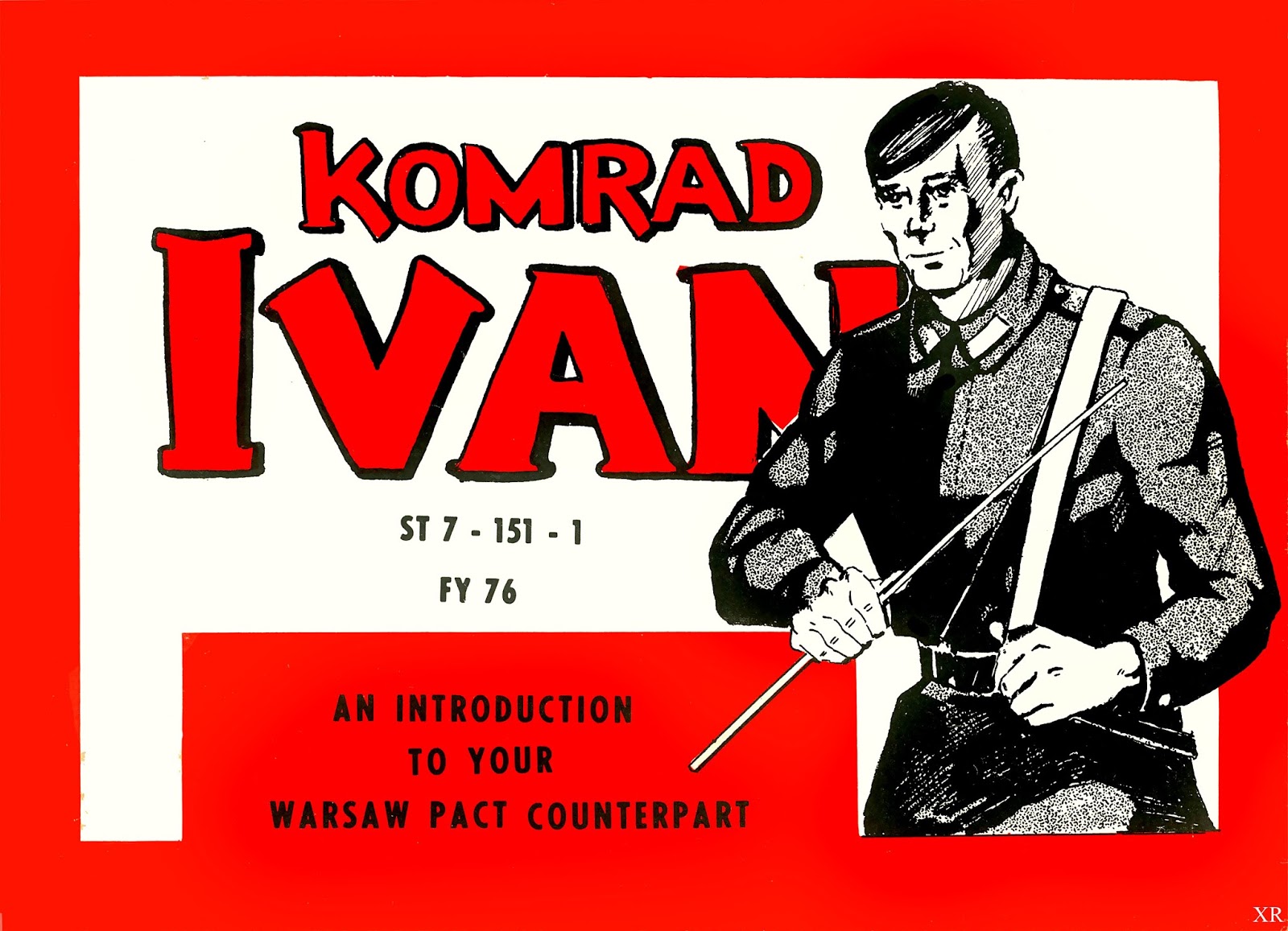 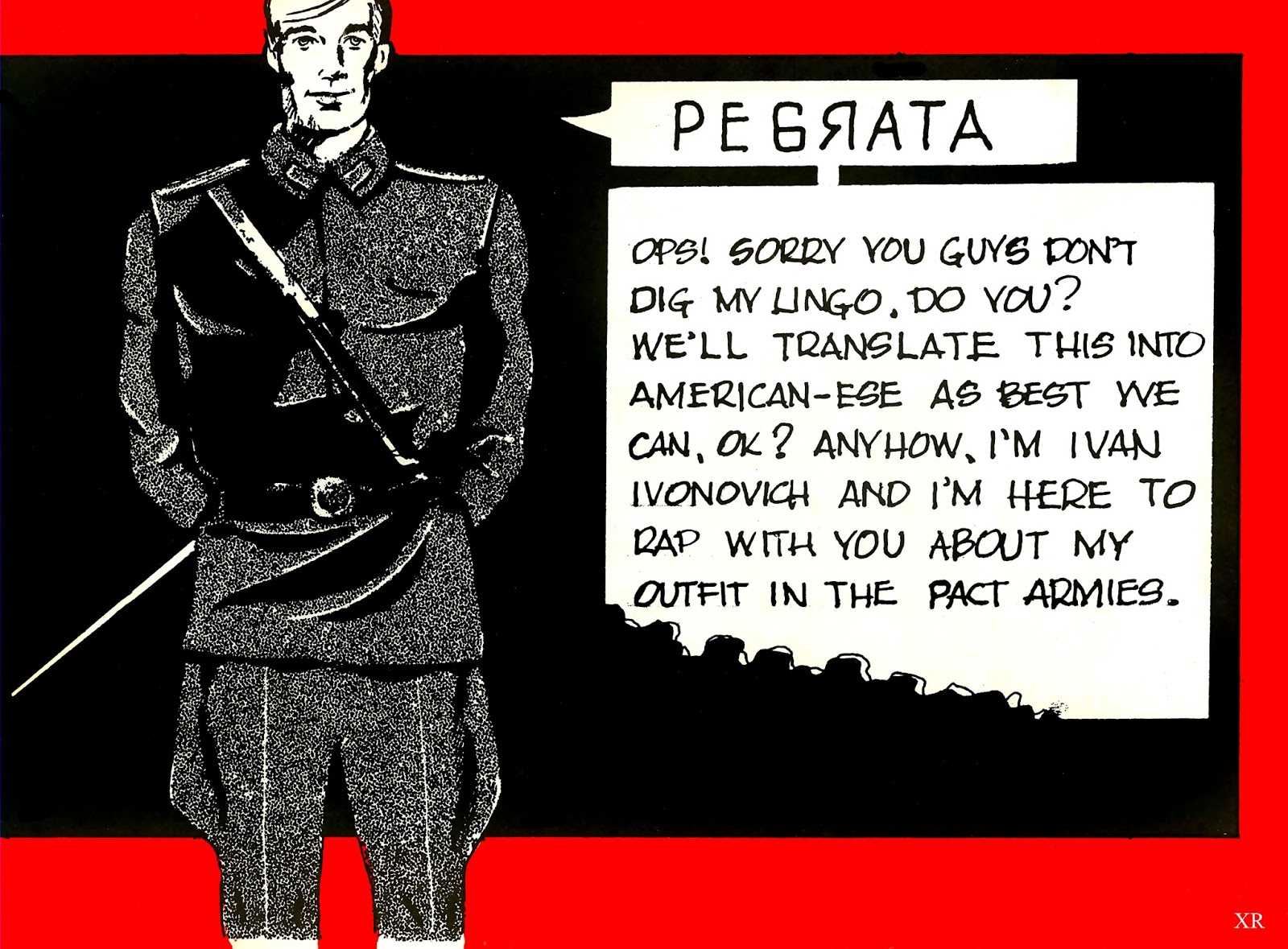 ... a valiant attempt to produce a 'hip' and 'really with-it' info pamphlet for US troops facing down the Soviet juggernaut in Europe. Seems the first Lieutenant they had for the cover just wasn't 'groovy' enough so they got a blond Ken Doll type for the rest of the briefing inside. There is a total of 28 pages; so we'll be visiting and learning more from our 'bro' Ivan over the next couple of months.

... from what I hear from friends who were stationed in Germany in the 1970's this great piece of literature would have fit right in with the Jimi Hendrix and the black light posters.

"Hey dude- roll another one and read us that Ivan booklet again- I love how you do that Russian accent thing!" 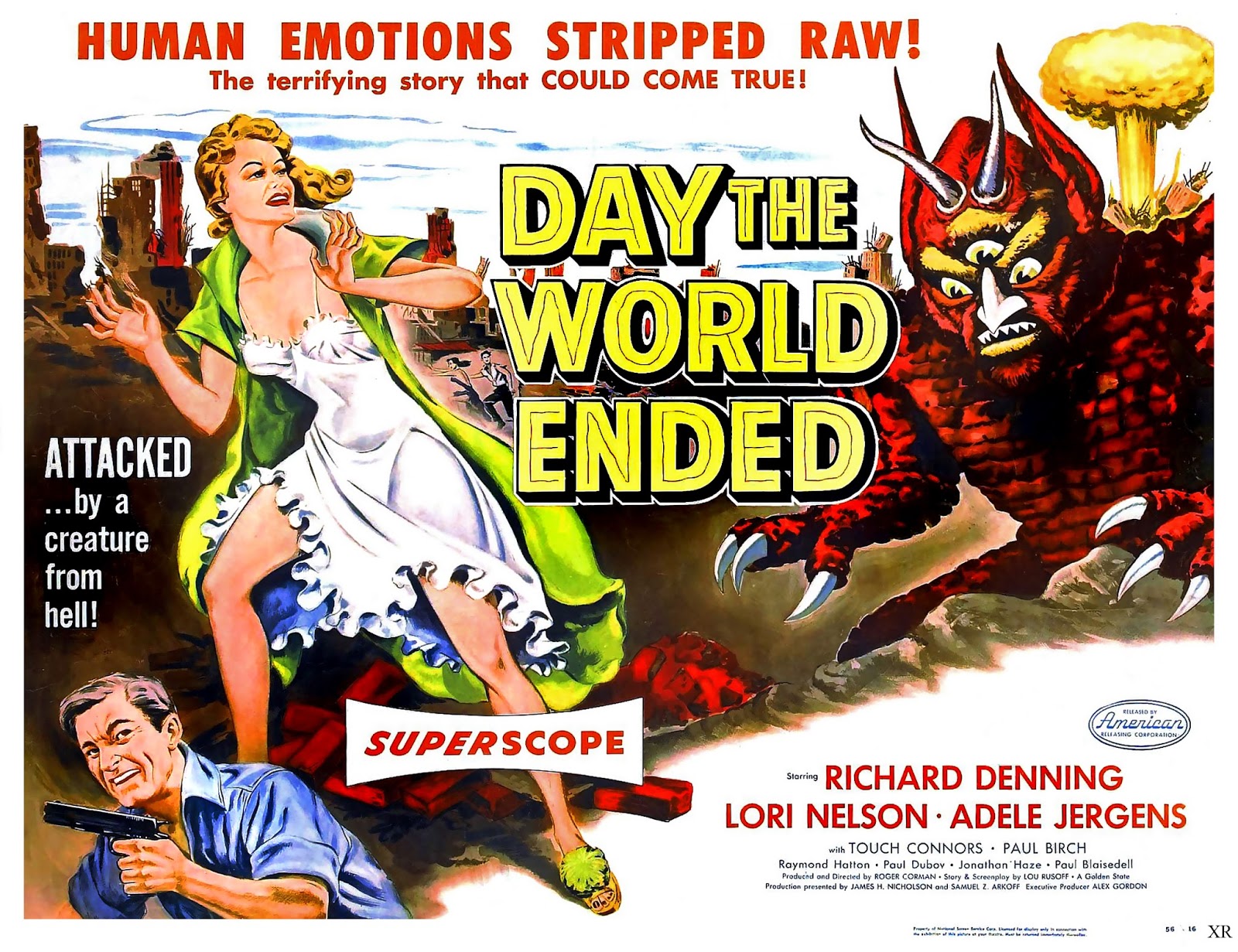 ... sort of a Grand-daddy to the Survivalist movement, "Day the World Ended" is every bit as bad as the poster. Directed by infamous schlock-miester Roger Corman (who probably got a kid from high school art class to make the poster). A cross section of b-movie sterotypes survive the H-bombing of Los-Angeles stagger into the specially protected estate of a Scientist who foresaw and planned for - you guessed it - the day the world ended! None of it makes much sense but it scared the be-Jesus out of me when I was eight! 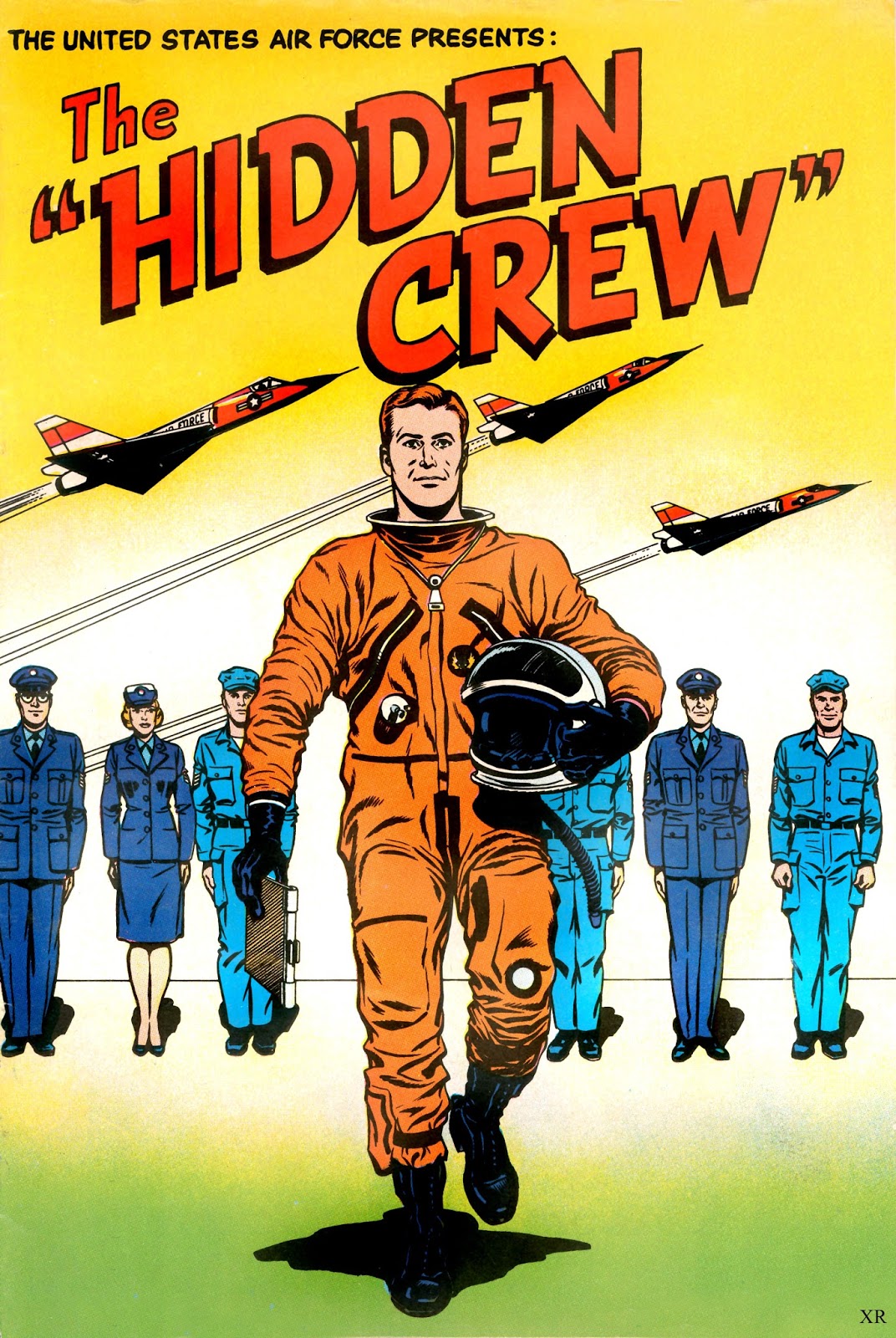 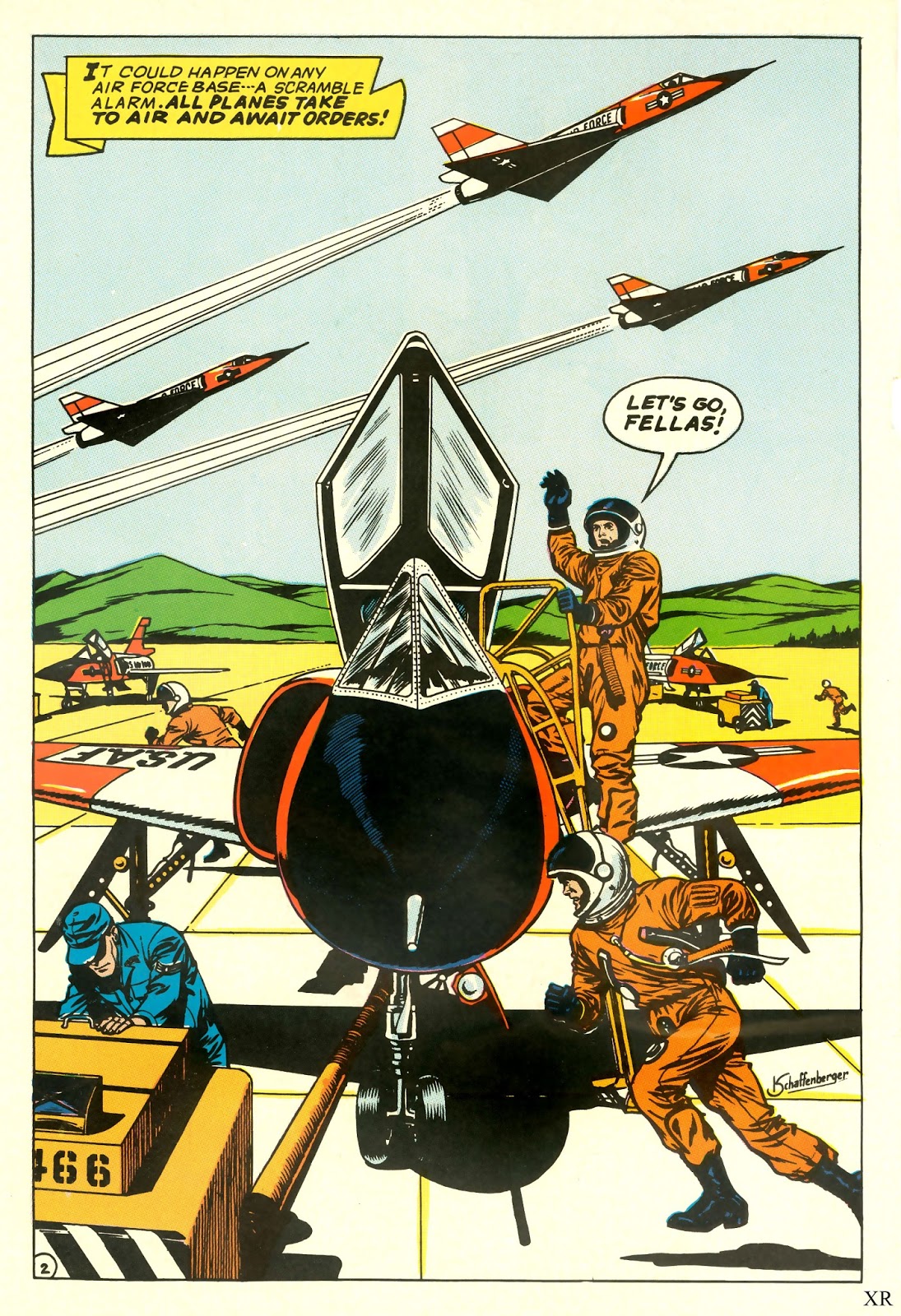 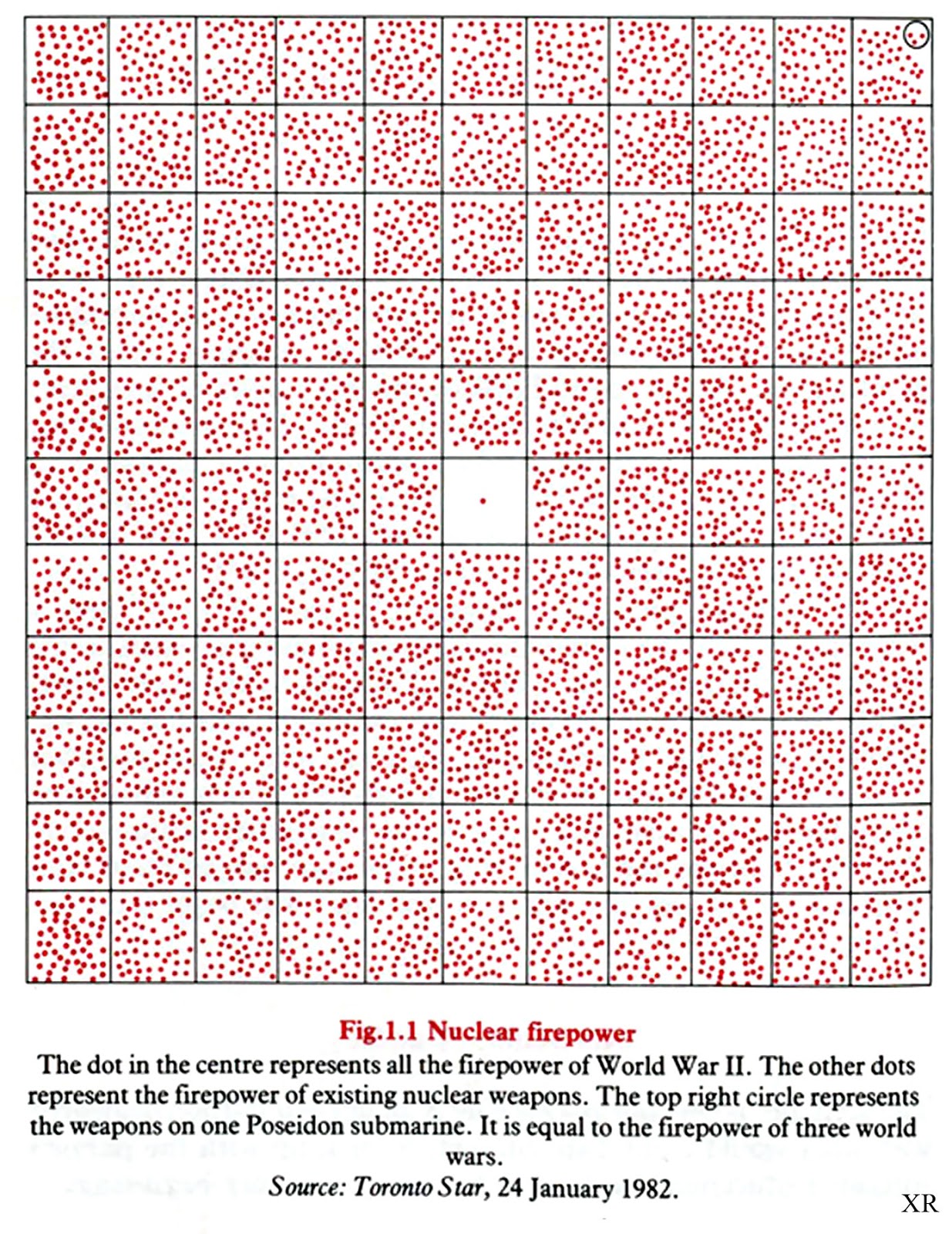 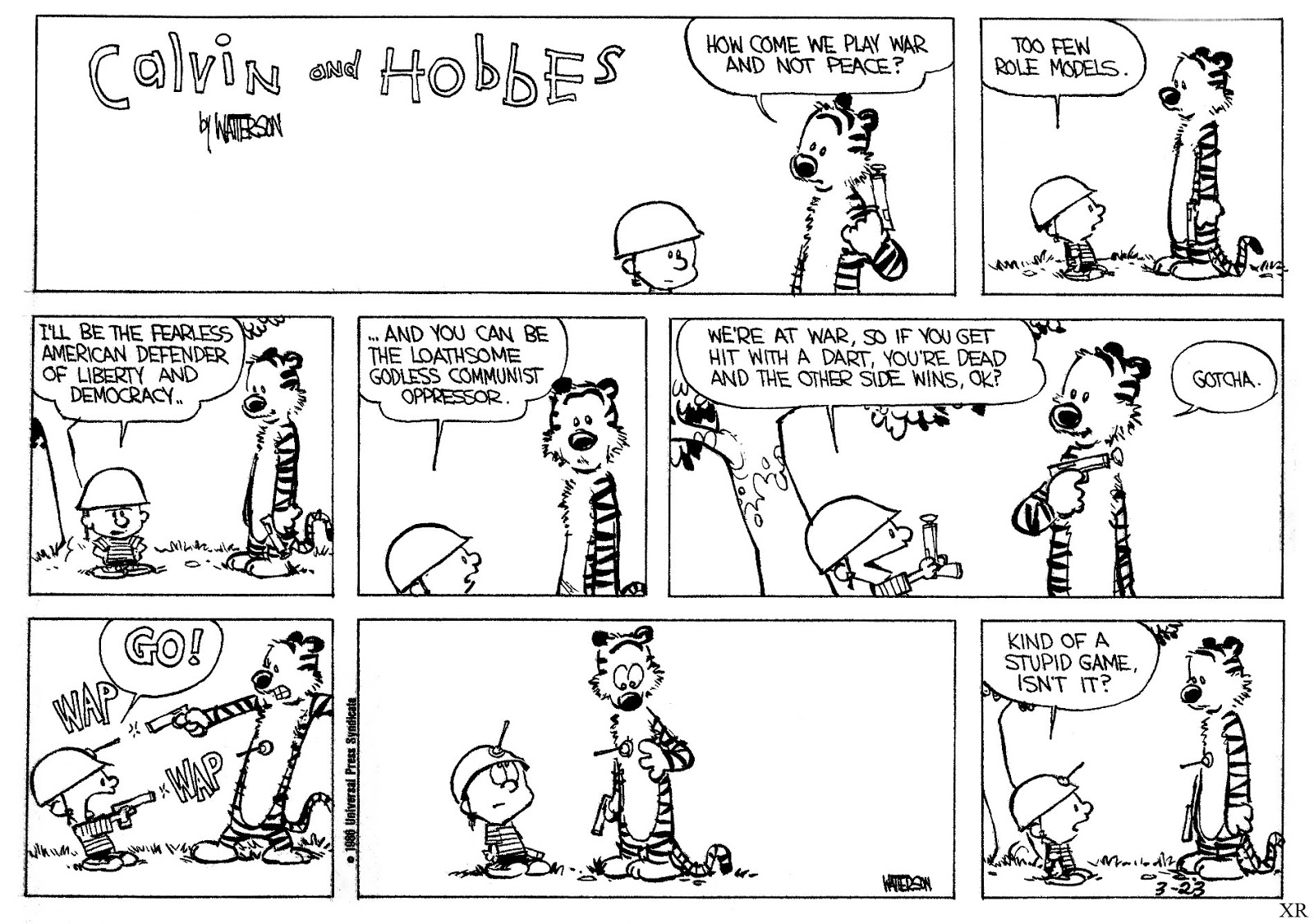 ... leave it to a small child and his stuffed tiger to express the sadly and painfully obvious! 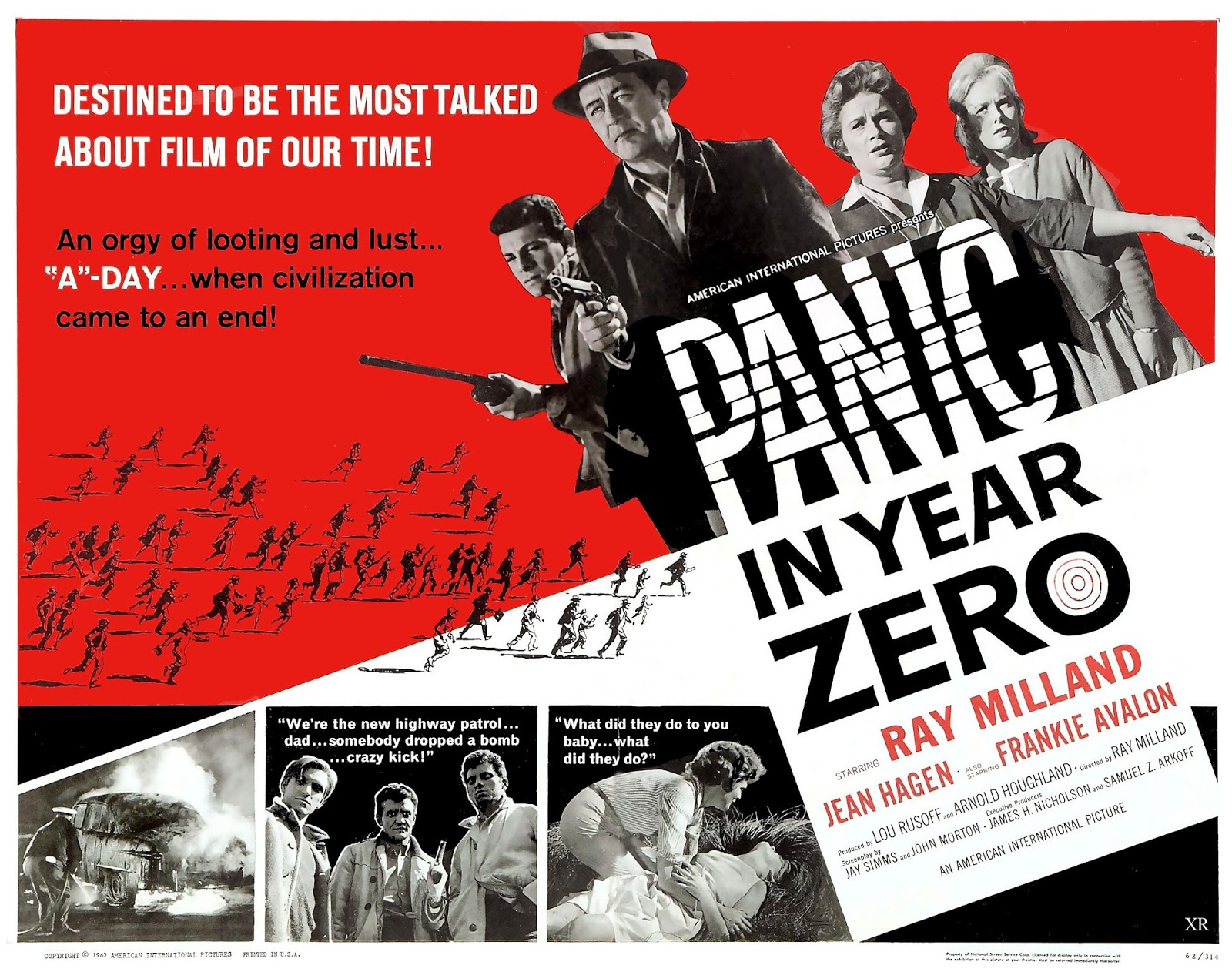 ...directed by and starring Ray Milland, "Panic in the Year Zero" uses the aftermath of nuclear war as an excuse for one of those crazy teenagers versus good old American values plots that were so common in the 1950's and early 60's. Everybody sure seems panicky alright; with acting roles divided between angry, hysterical or psycho. I'm just glad that Ray Milland wasn't my Dad!