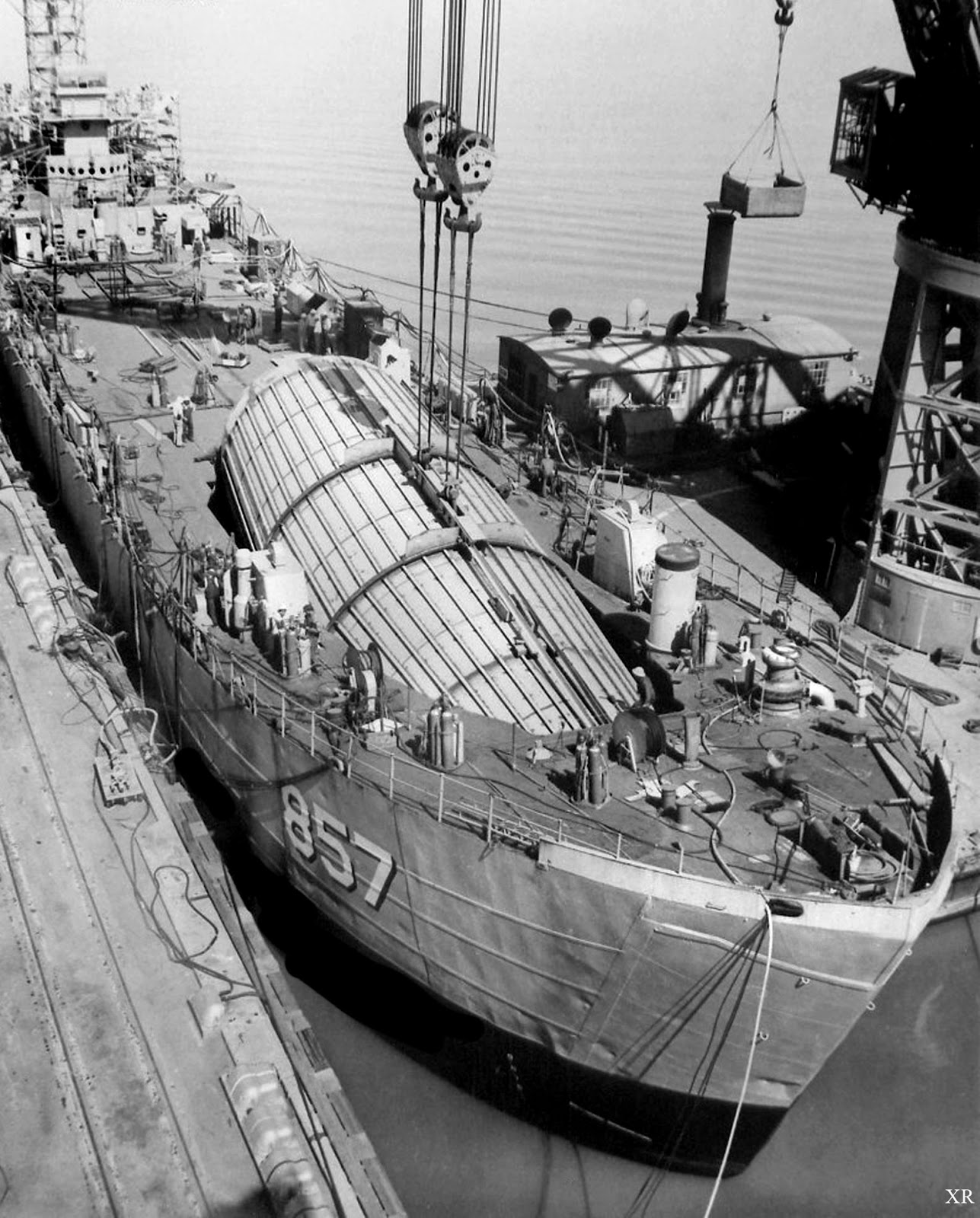 ... in the 1950's large Intercontinental Ballistic Missiles still had not been perfected. The first guided missiles with a range capable of hitting Soviet targets from great distance were large air-breathing drones. (think of a Cruise Missile- only as big and same shaped as a 1950's jet fighter) While the US Air Force worked on it's land-based 'Snark' the Navy pushed ahead with a submarine based missile named the 'Regulus'.

The above photo shows the Landing Ship USS King County being outfitted with a Regulas launching hangar similar to what would be fitted to submarines. Drier and roomier than a sub, and not busy doing anything else,  the King County spent four years serving various roles in support of missile development. Regulus was eventually deployed not only purpose built submarines but also surface operating cruisers and air-craft carriers.