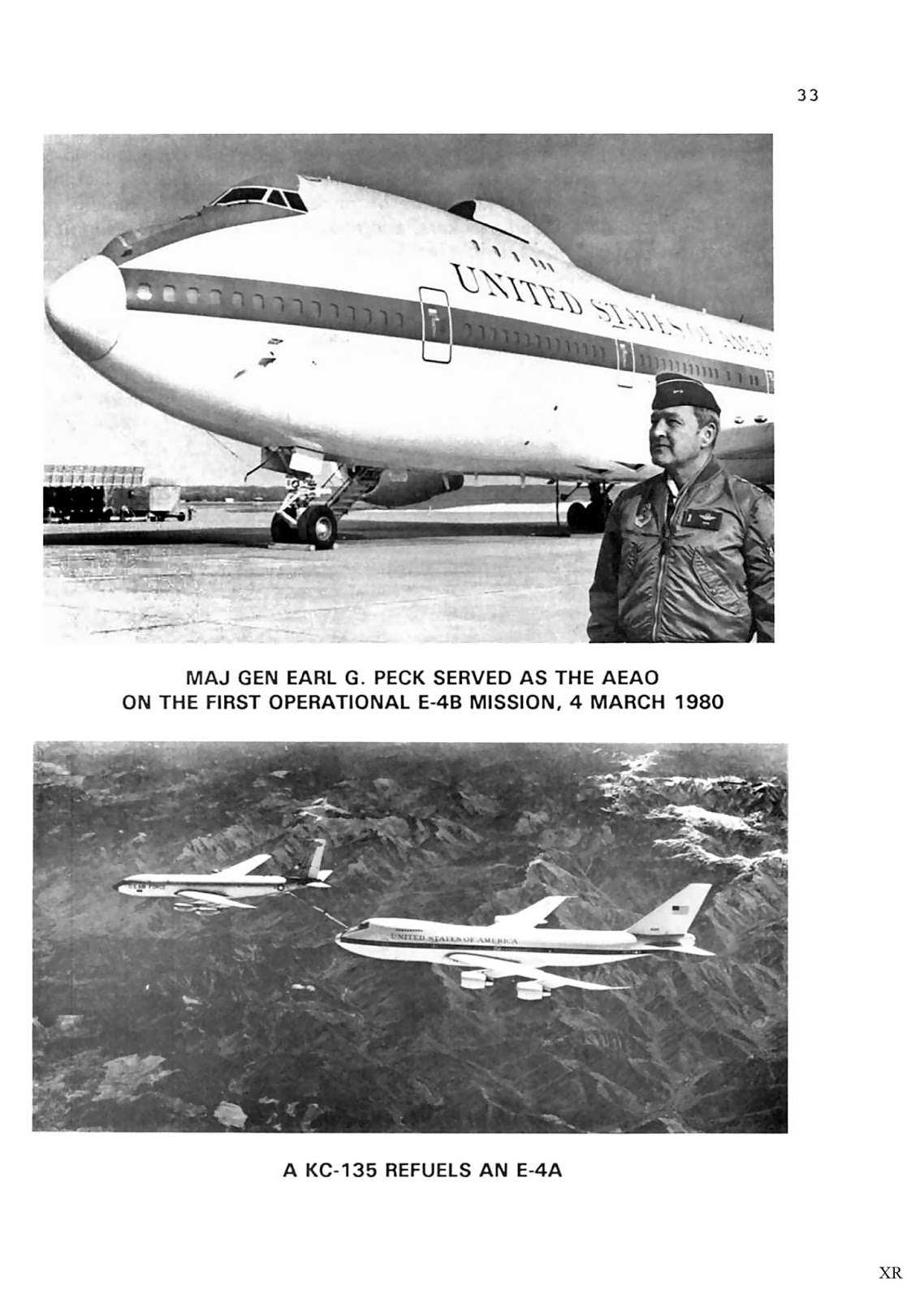 ... illustrations from an official 1991 'History Of SAC'. A sort of a "those were the good-old-days" yearbook. I think that the E-4B National Emergency Airborne Command Post (NEACP) looks extra spiffy with it's unusual white nose radome. No doubt they thought the normal black rubberized plastic was not appropriately 'anti-flash' and might melt a bit from nearby detonations.