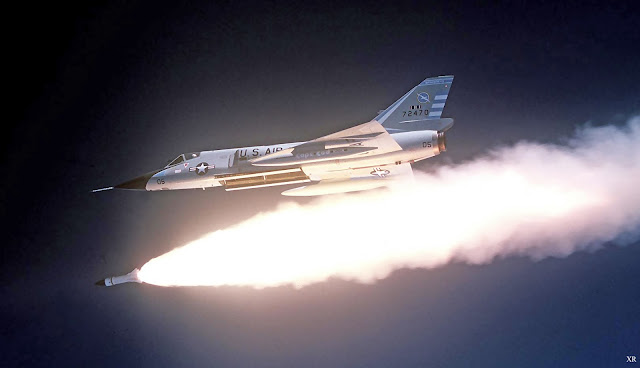 ... an F-106 "Delta Dart" test fires an AIR-2 "Genie" nuclear tipped air-to-air missile. With a warhead blast equivalent of one thousand five hundred tons of TNT it was hoped this would be a good way to stop high flying high speed Soviet bombers. Shooting down airplanes with atomic bombs may seem extreme; but when compared to the death and destruction a bomber could wreak with one hydrogen bomb - "sure-kill" was important! Since the detonations would occur at high altitude no debris would be sucked up by the fireball and fallout would be negligible.