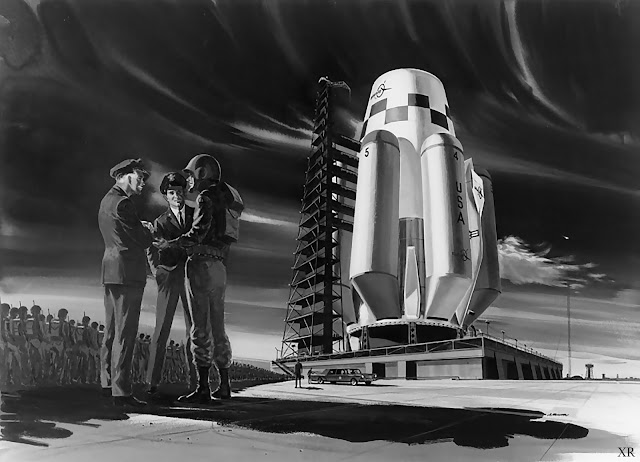 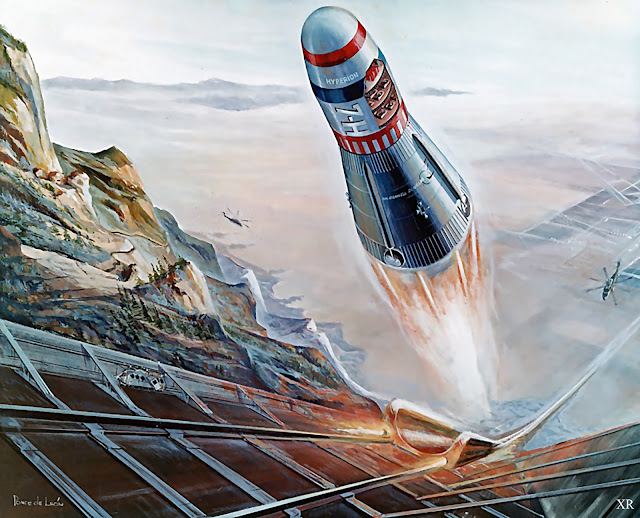 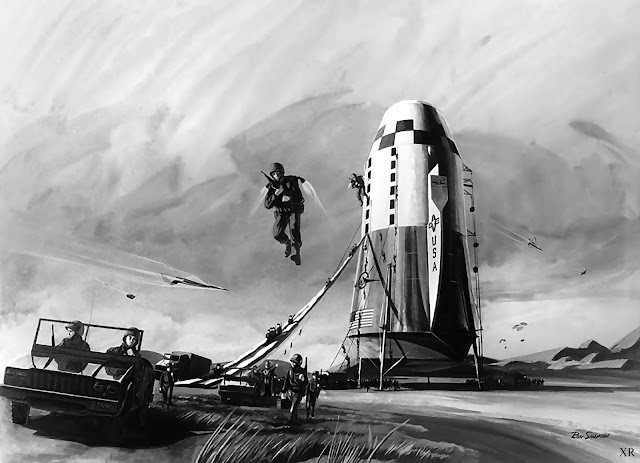 ... I vaguely recalled these hair-raising illustrations from my childhood (it was fun to find them again)! These are proposals, by the aerospace giant McDonnell-Douglas, for a giant rocket that could transport  hundreds of troops anywhere in the world within an hour! These are the super-duper cold War dreams of a world where we can imagine Barry Goldwater beat LBJ for the Presidency in 1964. Ah yes- a vast technological Americana Pax empire. Either that or a radioactive wasteland! "Better dead than Red!"