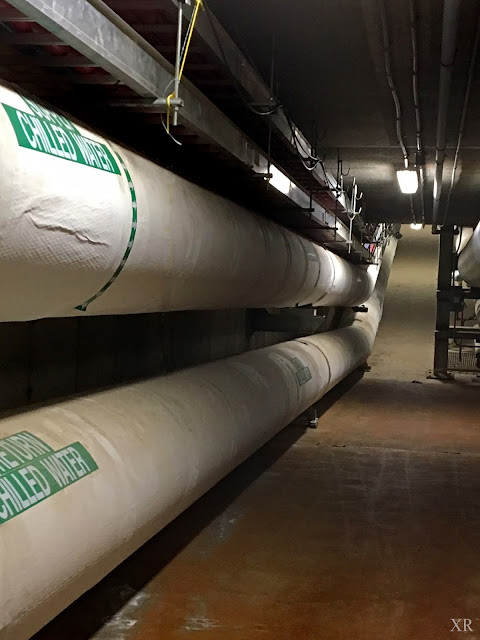 ... I live in a college town. The large university (25,000 students) is in the center of the town. The original ivy covered buildings were built in the early part of the 20th Century. The rest of the sprawling campus was added over the ensuing decades. Like most such large institutions it had it's own 'power plant' for heating and some of the electric demand. The old soot belching smokestacks and archaic machinery have long since been replaced by one of the most modern buildings on campus. But the basic infrastructure is still in use. This means that there is a myriad of tunnels running back and forth deep under the campus transporting hot and cold water and electricity.

To what extent they could still be utilized depends on a willingness to restock them with rations and other amenities. Meanwhile they sure would be a nice location for a cheap zombie movie! ( photo: Kate Medicus)