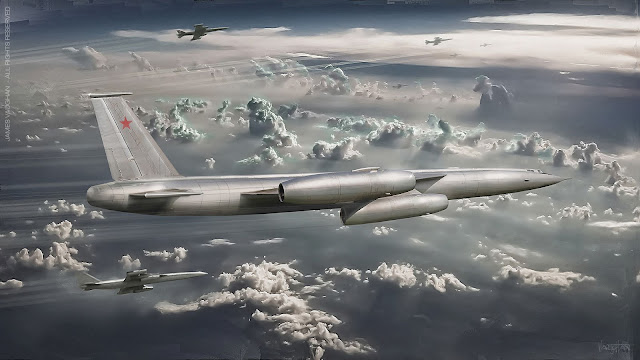 ... the M-50 'Bounder' was as a desperate attempt to produce a Soviet supersonic-bomber. Only two prototypes were built. They were very big, cool looking and had very under-performing engines. But; Boris and Natasha (after large amounts of Vodka were consumed) managed to convince an editor for 'Aviation Week' that the 'Bounder' was really a Nuclear-Powered strategic bomber. Ha-ha- stoopid Capitalist Pig Fools!