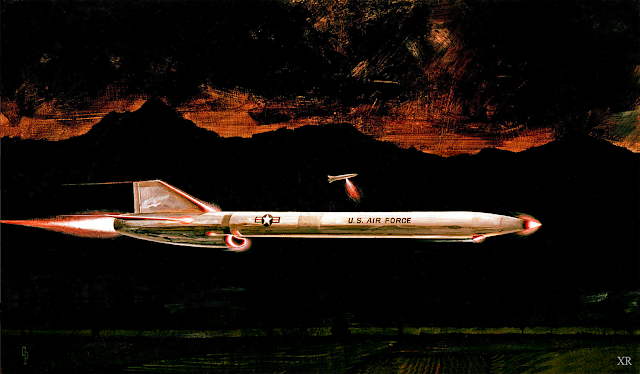 There is a lot of hyperbole around Project Pluto. It is not hyperbole to say it was a bat-shit crazy idea for a very nutty time in history. But in the context of it's time, it wasn't that nuts to explore the idea. What really put it to rest was less that it was considered "too crazy", and more that it was rendered unnecessary by ballistic missiles.

It is pure hyperbole to say that the "vehicle passing over at tree-top level at Mach 3 could kill you". It could not. Unless it was dropping bombs on you. And it's low-level flight would be more like 1000 ft.

It's also over-the-top hyperbole to say that it would "literally roast chickens in the barnyard." It absolutely would not do that. Radiation dose is based on the radiation level and exposure time. While the radiation coming off the SLAM would be high, exposure time for anything or anyone one the ground would be minimal due to that same "killer" Mach 3 flight speed. I haven't done the math myself, but I recall reading an evaluation from a more-credible source than the breathless Free Republic article that the total dose from a low pass would be very low. The Wikipedia article you link to says as much.