... the concept of Bio-Warfare was a close science-fiction cousin to Atomic-War. With the current Covid-Crisis several readers have asked for some posts devoted to the topic. 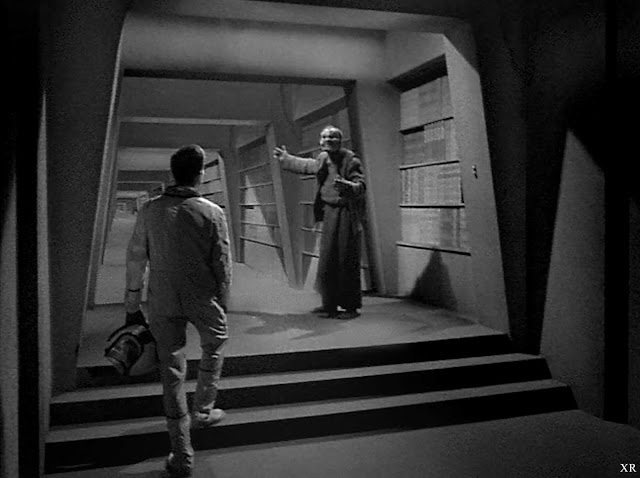 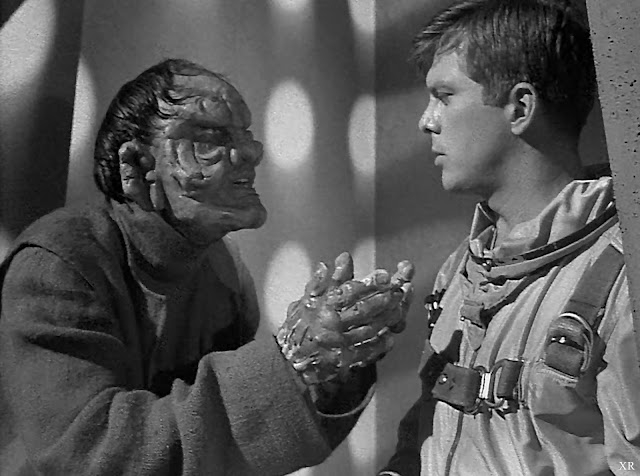 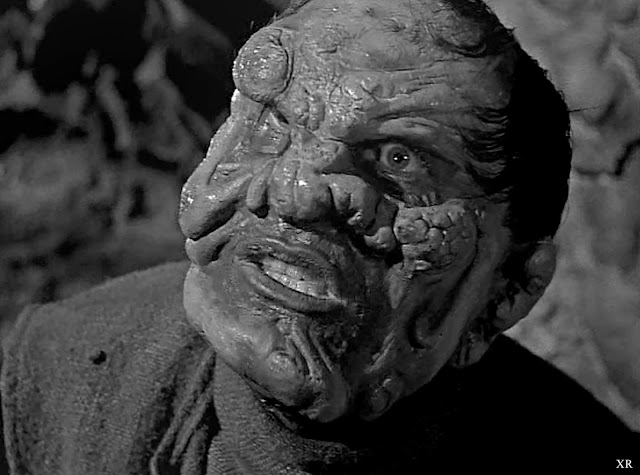 ... 'The Outer Limits; The Man Who Was Never Born'. starring Martin Landau and Shirley Knight

Having accidentally traveled through time, astronaut Joseph Reardon lands on Earth in the year 2148 A.D. to find it a desolate realm. He meets Andro, a mutated human stricken with a disfiguring disease for which there is no cure. Andro is one of the few survivors of a biological disaster brought on by an ambitious scientist named Bertram Cabot Jr., who isolated and developed a viral symbiont from an interstellar microbe. Cabot's symbiont physically altered the human race, precluding the ability to reproduce, and turned much of Earth's landscape into a barren wasteland.


I hope I don't see these as 'proof' on some wacko's Facebook page - ha!