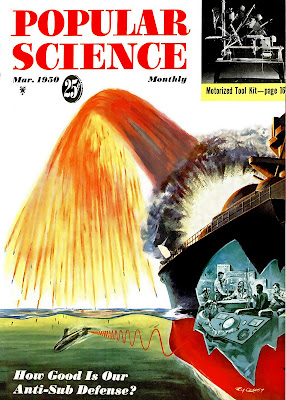 Where would cold-war movie drama be without the classic scene of the technician-dweeb intently 'staring' into his sonar headphones? Listening for the return echo ....... 'BLIINNGGG!'