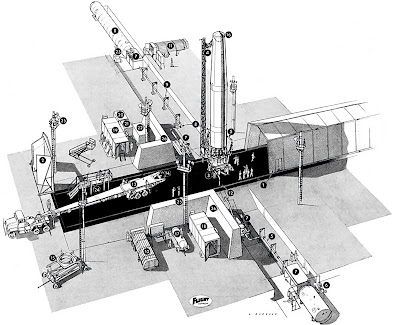 ... the 'Thor' Intermediate Range Ballistic Missile was built by Douglas Aircraft in the US.  Sixty were deployed in 'soft' configurations in the United Kingdom (as shown). Studying the history or Western aerospace development it is hard to avoid the feeling that American interests routinely squelched British developments and bullied the UK into taking US hardware.

But- there are also those who would argue that British developments were too slow for mutual NATO security goals and riddled with security leaks.