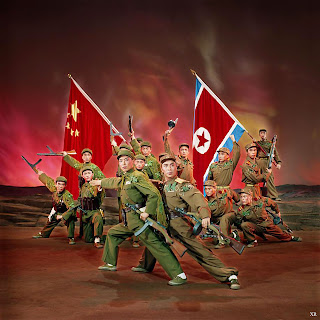 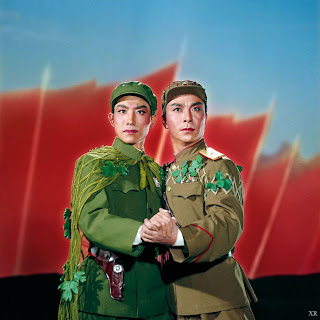 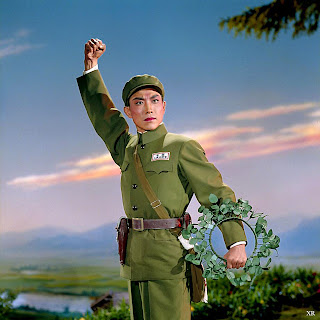 ... ballet, musical, operetta paegent  about China coming to the aid of North Korea during the Korean War (or as the Chinese refer to it: War to Resist U.S. Aggression and Aid Korea) (or as the DPRK likes to say: Fatherland Liberation War!!*

This might have been a warm-up for the famous 'Red Detachment of Women' performed for president Nixon during his historic 1972 visit.

Last time I checked the United States and NATO do not have similarly staged re-enactments of the Fatherland Liberation War. Although the movie 'M.A.S.H.', which is set during the Korean War, does have a memorable theme song.

it is good to readaybabg