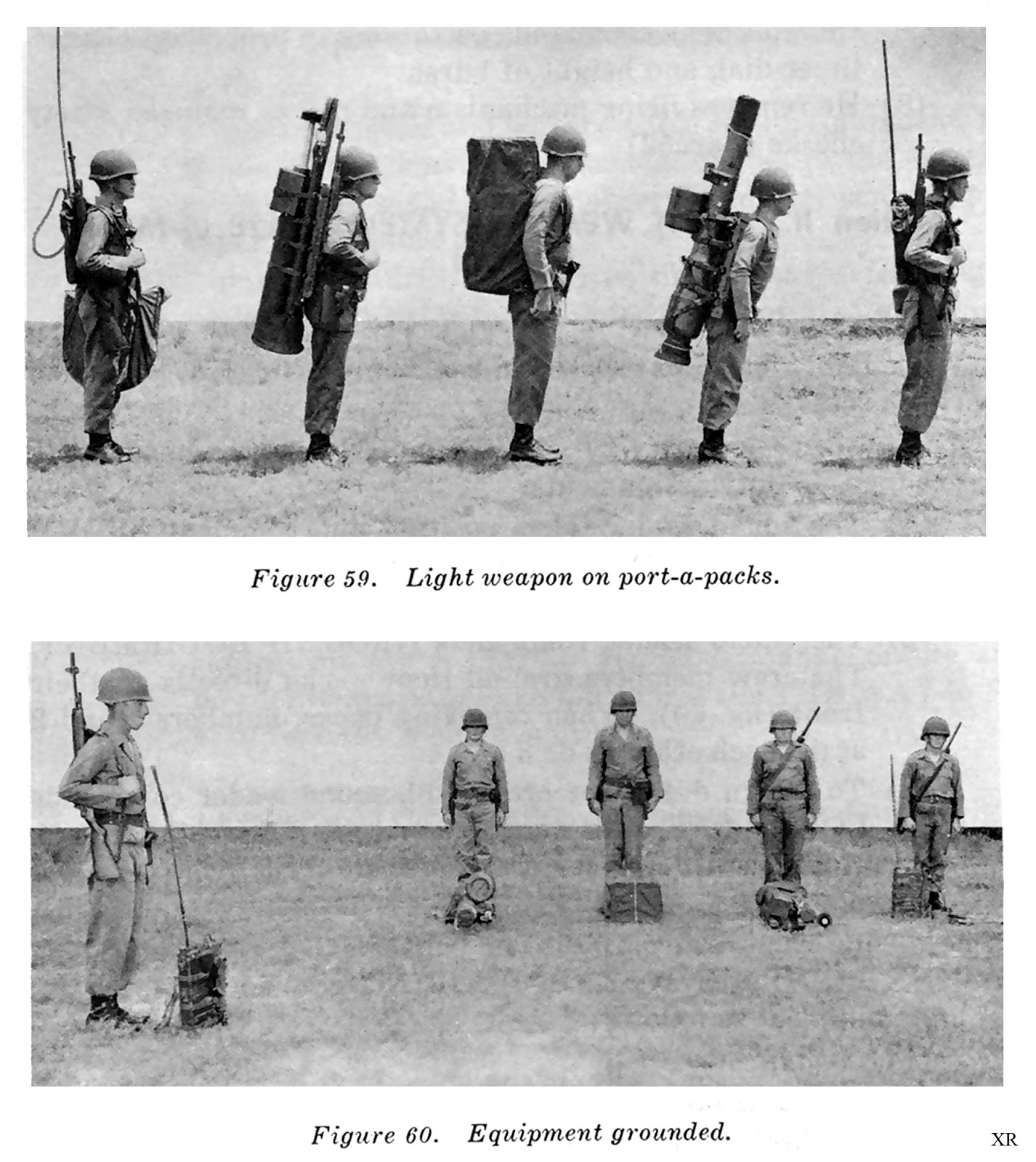 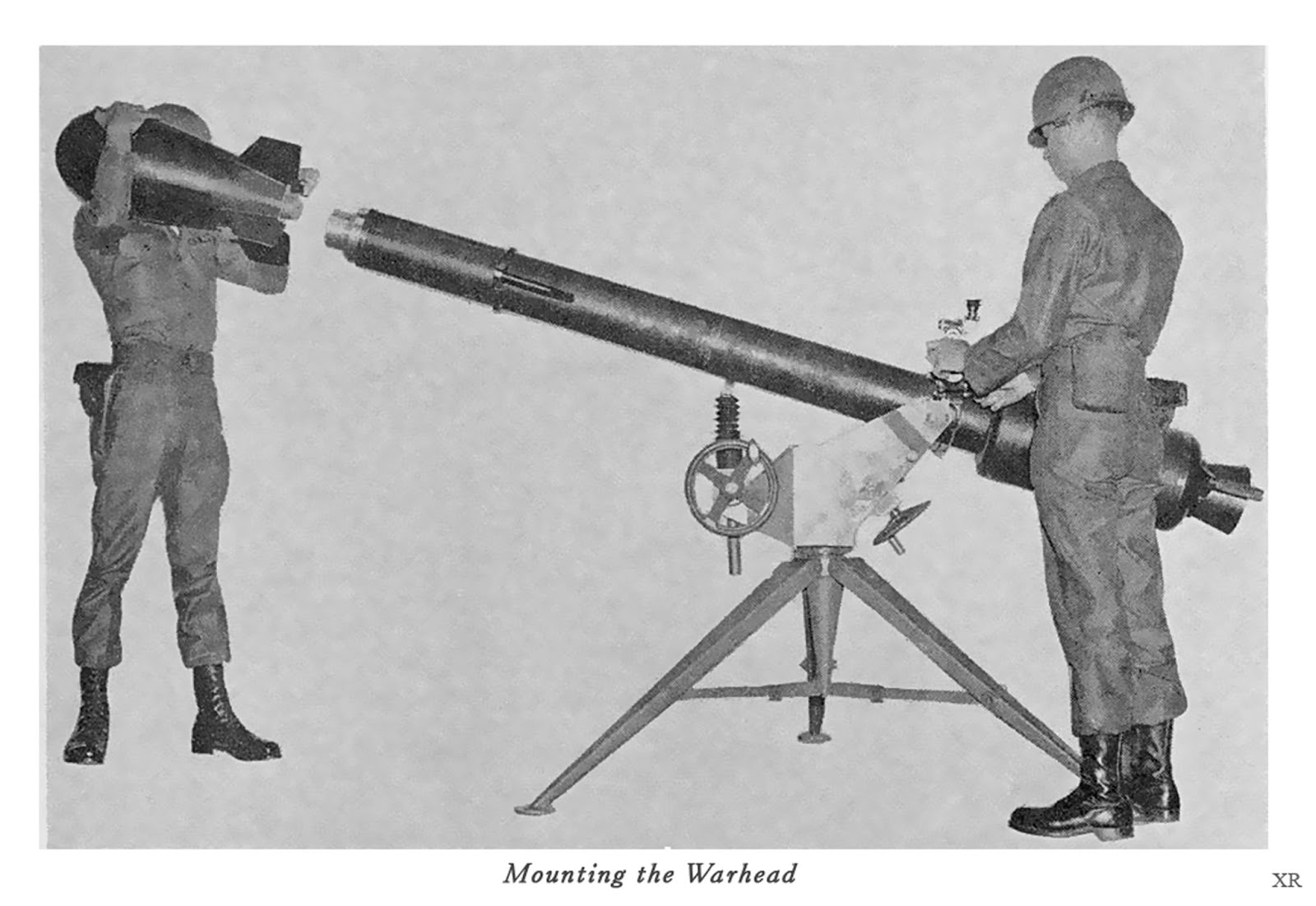 ... everybody makes fun of the "Davey Crockett". Just because it was the world's smallest and lowest yield nuclear device doesn't mean that it can't hold it's head up high. Heck, with up to 2.100 of them produced it has to be one of the most prodigious battle filed nuclear weapons. With a 'yield' equivalent of 20 tons of TNT that cute little 75 lb. nuke gets a lot of bang for it's buck. If I was in a group of infantry about to be run over by a zillion Soviet tanks I'd be really happy to unlimber this 'equalizer'.


... wow; twenty-one hundred built; makes you wonder if there's a couple left over in some German cellars or garages?

Great concept for a weapon - clearly all carefully thought through....
I particularly like how they've made the little guy carry the biggest piece of kit.

Err, didn't those things had a blast radius greater than the launch range?