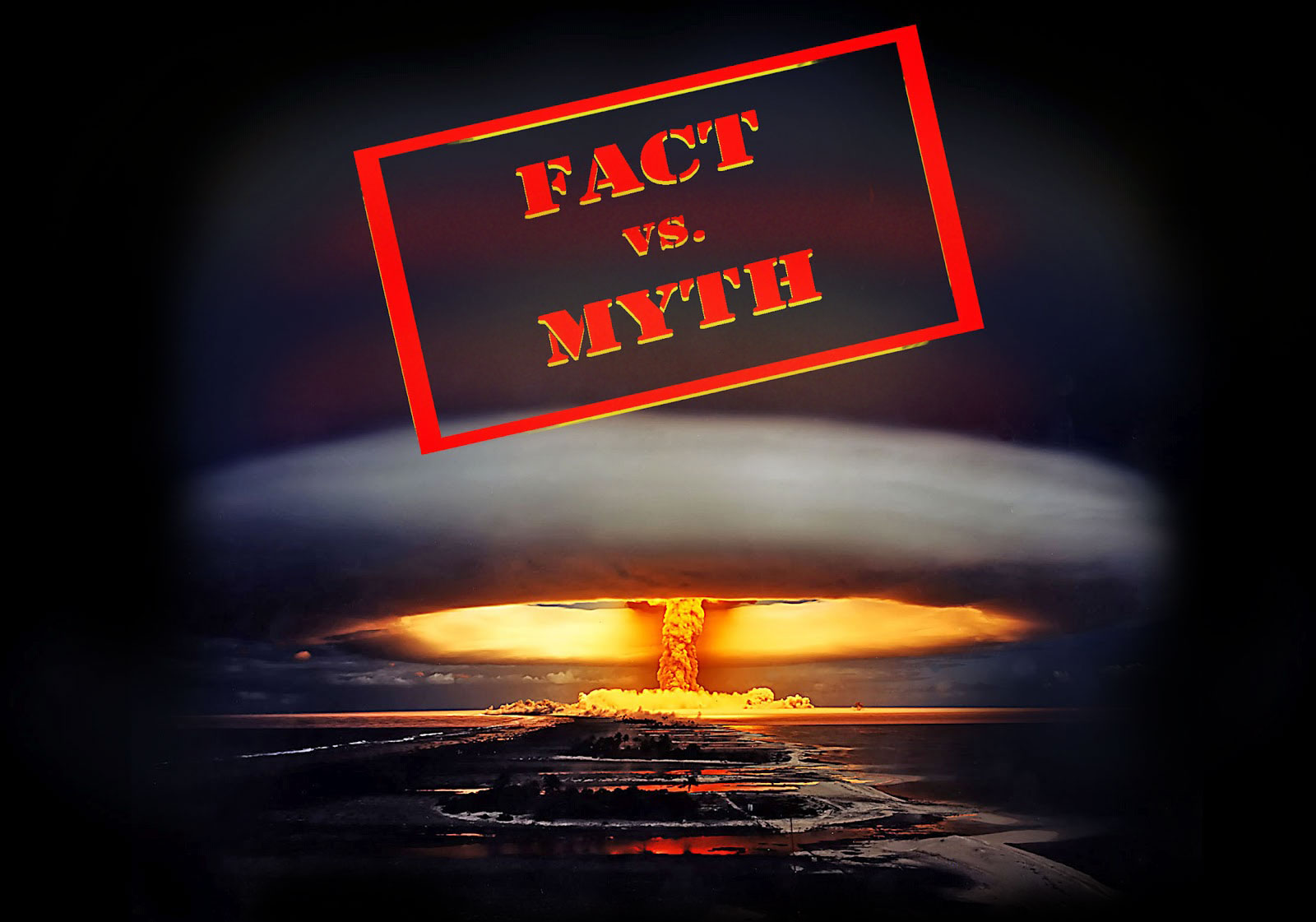 MYTH: it's better to die than survive World War III.

FACT: first off- tell that to your children, or significant other. You may nobly start hiking toward what you think is ground-zero; but what about others who you could help or who depend on you? Today, it's very easy for us  to adopt a cynical "how could they be so naive" attitude toward the people that actually had to face and plan for survival. But in a real life and death situation do we really think we would be so calm and philosophical?

FACT: If you are betting on being one of the "lucky ones" who gets instantly zorched the odds are heavily stacked against you. The vast majority of casualties are going to suffer the same sort of run-of-the-mill horrors as with a conventional explosions. Burned up, torn up, squished, suffocated etc. You may linger for hours or days.  Or, hey you're a lucky guy and survive- maimed and crippled. People survived at virtually the epicenter of Hiroshima; simple because they were in a basement.

FACT: The sort of radioactive fallout produced by nuclear weapons degrades and loses it's ability to kill or sicken rather quickly. After 24 hours levels will drop to a fraction of what they were. In 2 weeks radiation levels over most of the contaminated areas will be back to normal.

... with the above facts in mind we look at the first pages of a grim pamphlet which would have become incredibly relevant to a large part of the population when WW3 started unfolding. Yes- the idea of living under your car for 14 days seems almost as bad as dying; but depending on fallout realities, after the first 3 or 4 days you may have been able to exit for short periods or even seek better more livable shelter. Hell, after the fifth day just crawl out, shovel the dirt out of the Ford, put the seats back in and drive to someplace with less radiation. 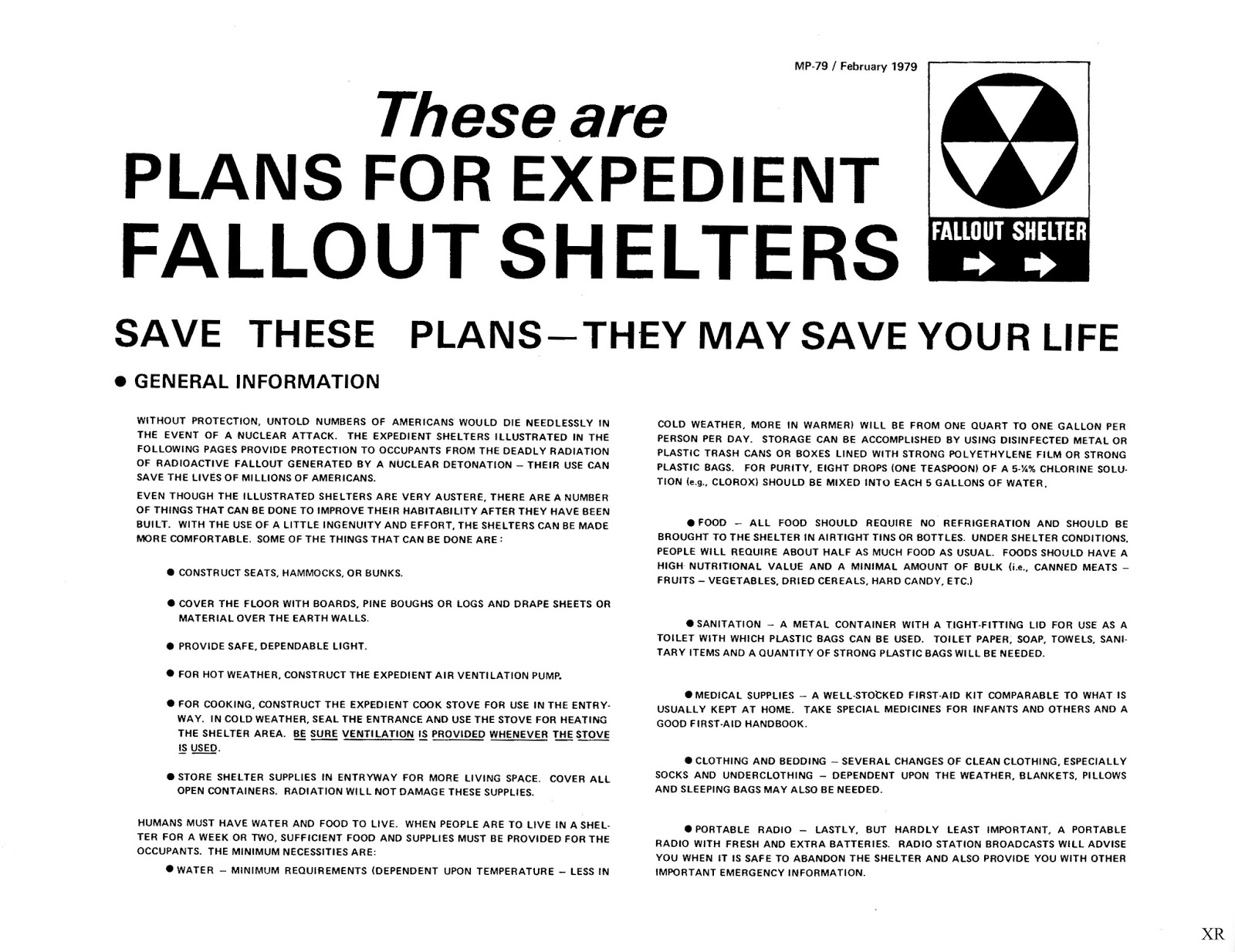 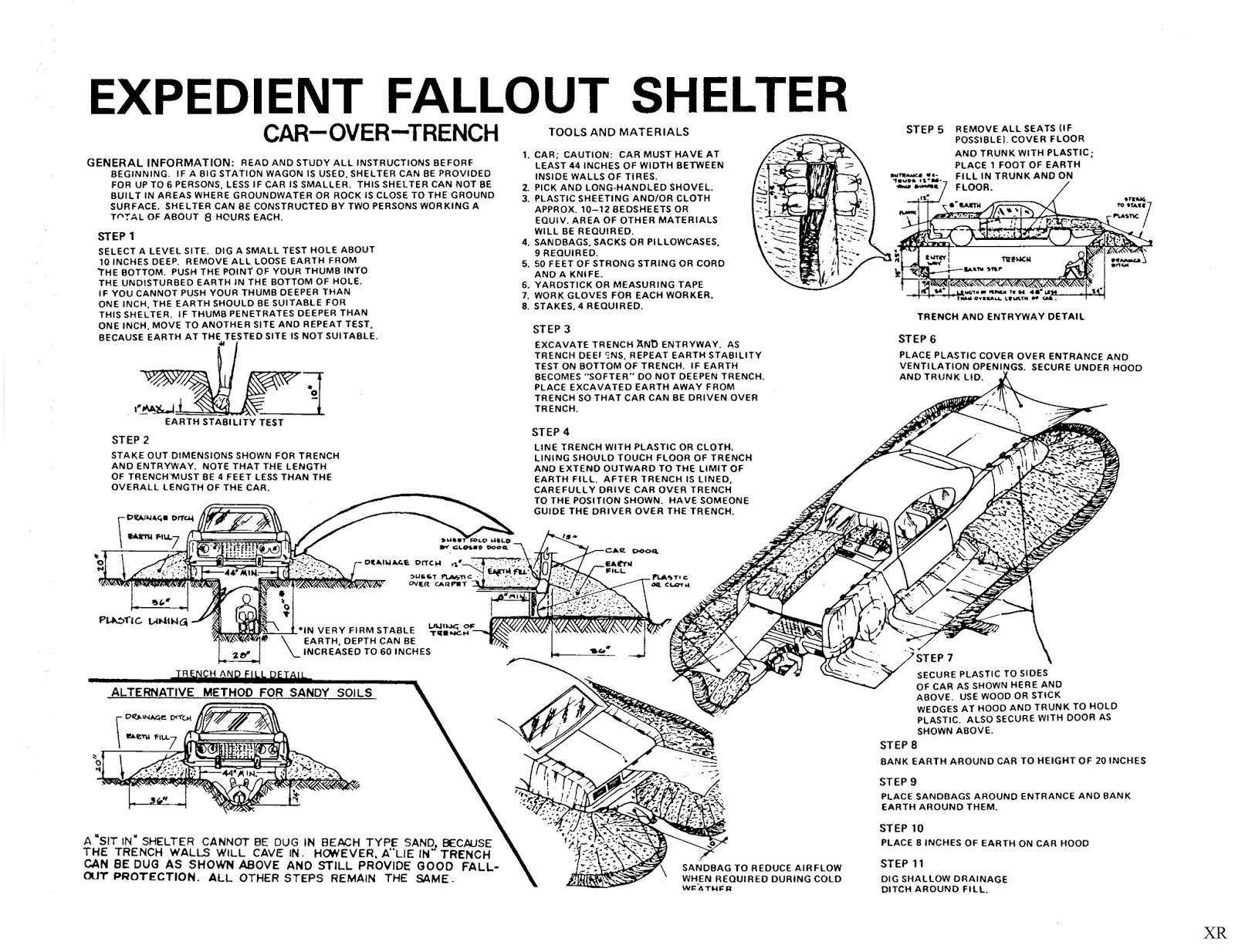 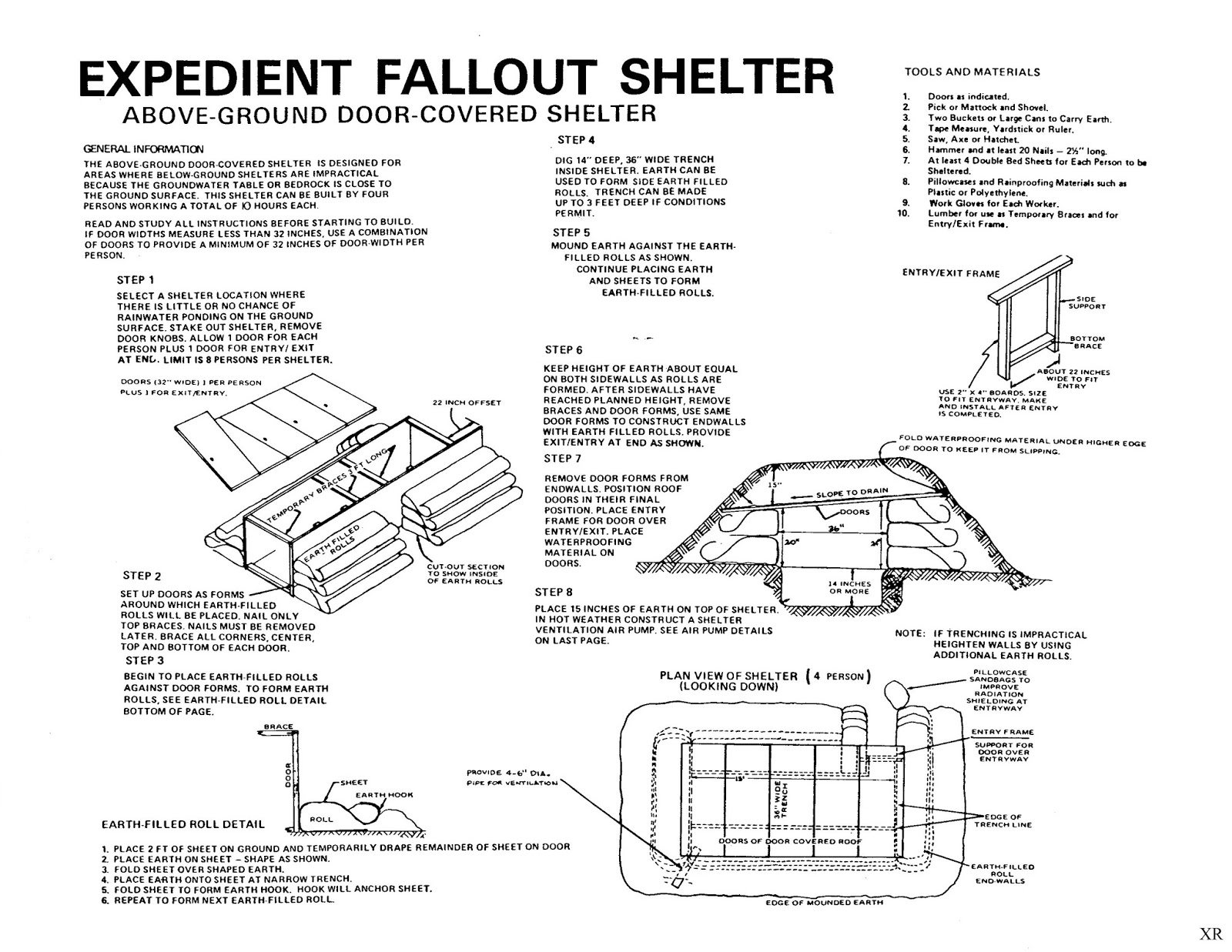