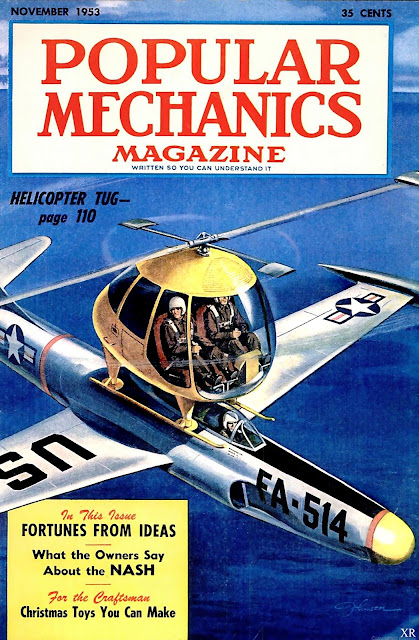 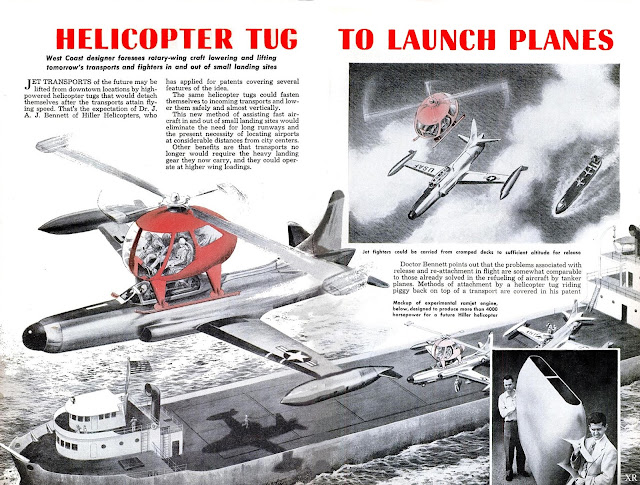 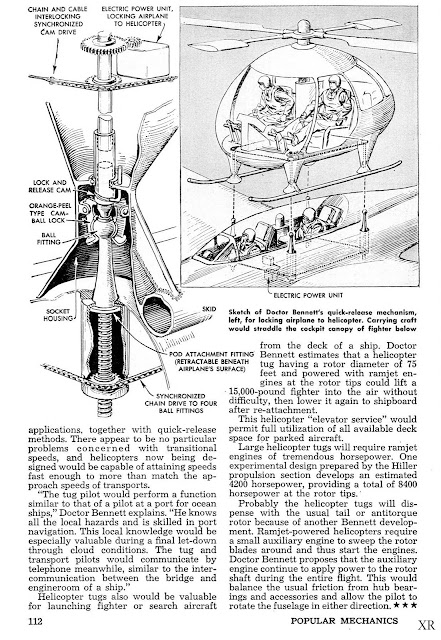 ... efforts that started in WWII to provide supply convoys with their own air-cover continued into the Cold War. The Navy (desperate to remain relevant in a time when it was thought that any large war would be resolved by the Air Force's strategic bombers and nuclear payloads in a few days) continued to consider any crazy plan to get jets on any ship! Despite the fact that the fighter pictured has USAF markings I suspect that the 'boys in blue' would be making rude noises from the back of the briefing hall.