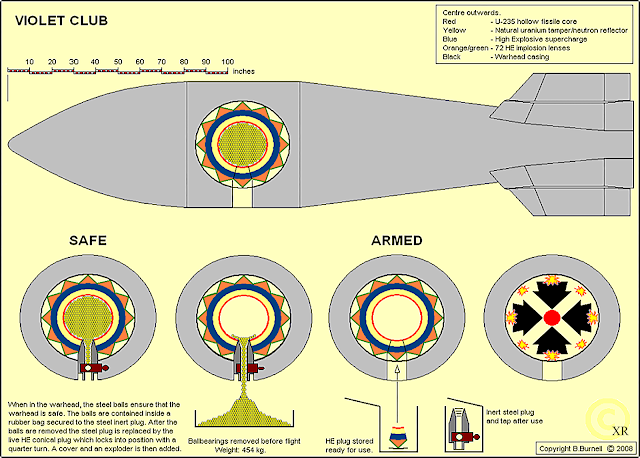 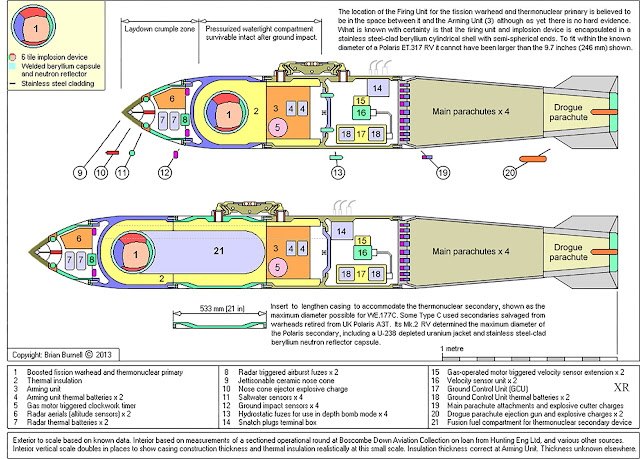 ... in the late 1950's Great Britain was struggling to develop it's own H-bomb. The US had been rather ticked off at the amount of atomic secrets that British double agents had stolen from the WWII 'Manhattan Project' and subsequently had shared very little with out English allies in terms of information or resources. 'Blue Violet' (they had a strange code-name system) was an interim design. An interesting feature was that the hollow core was rendered 'safe' by filling it with ball-bearings which would prevent it from imploding to create a critical mass. Presumably ground-crews would have performed the needed arming operation (as described above) before the V-bombers took to the air. After which everyone would have been slipping, falling and swearing all over the tarmac!

What was the source of the two drawings?

probably from the Atomic Scientists site or FASM