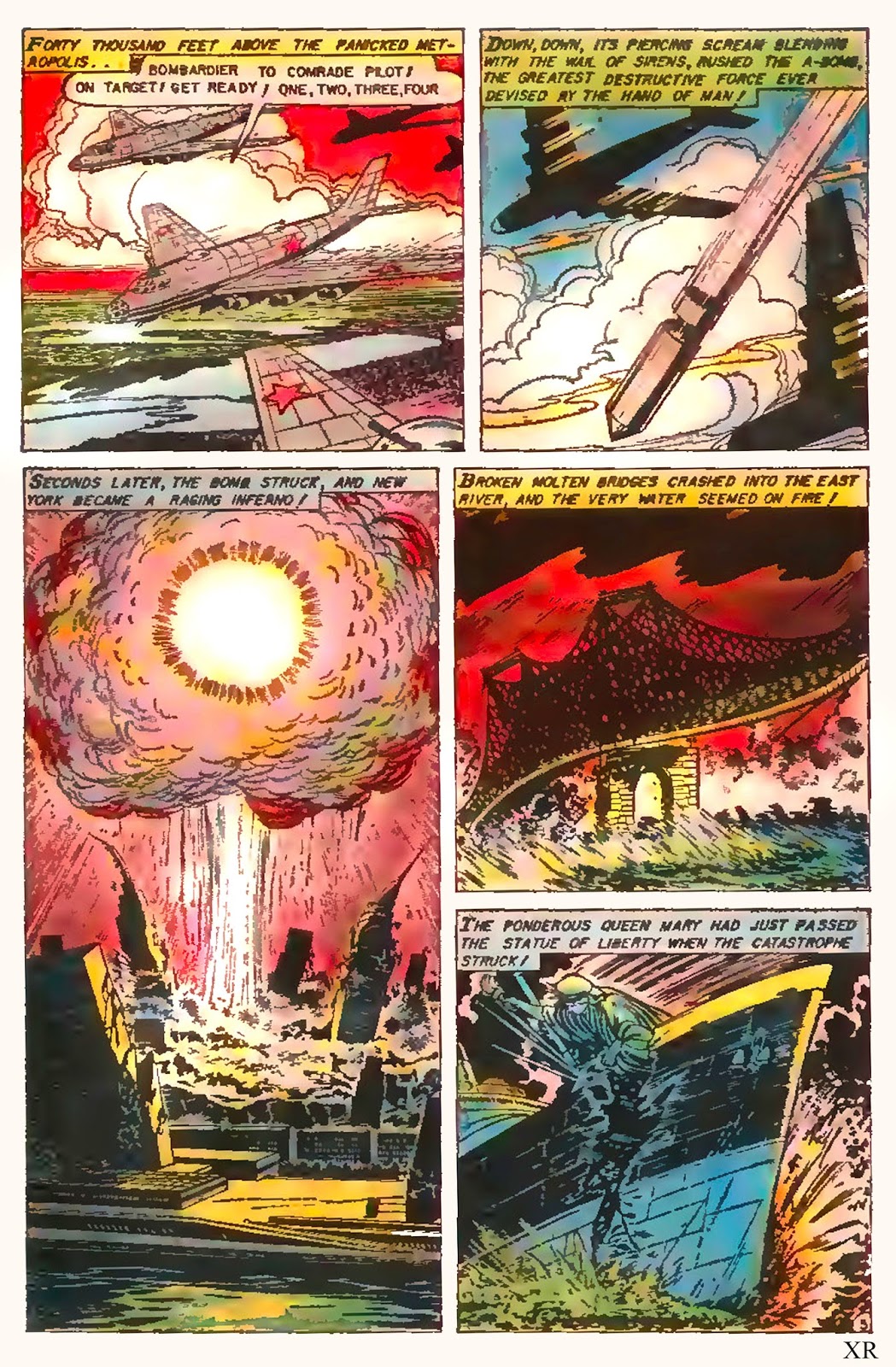 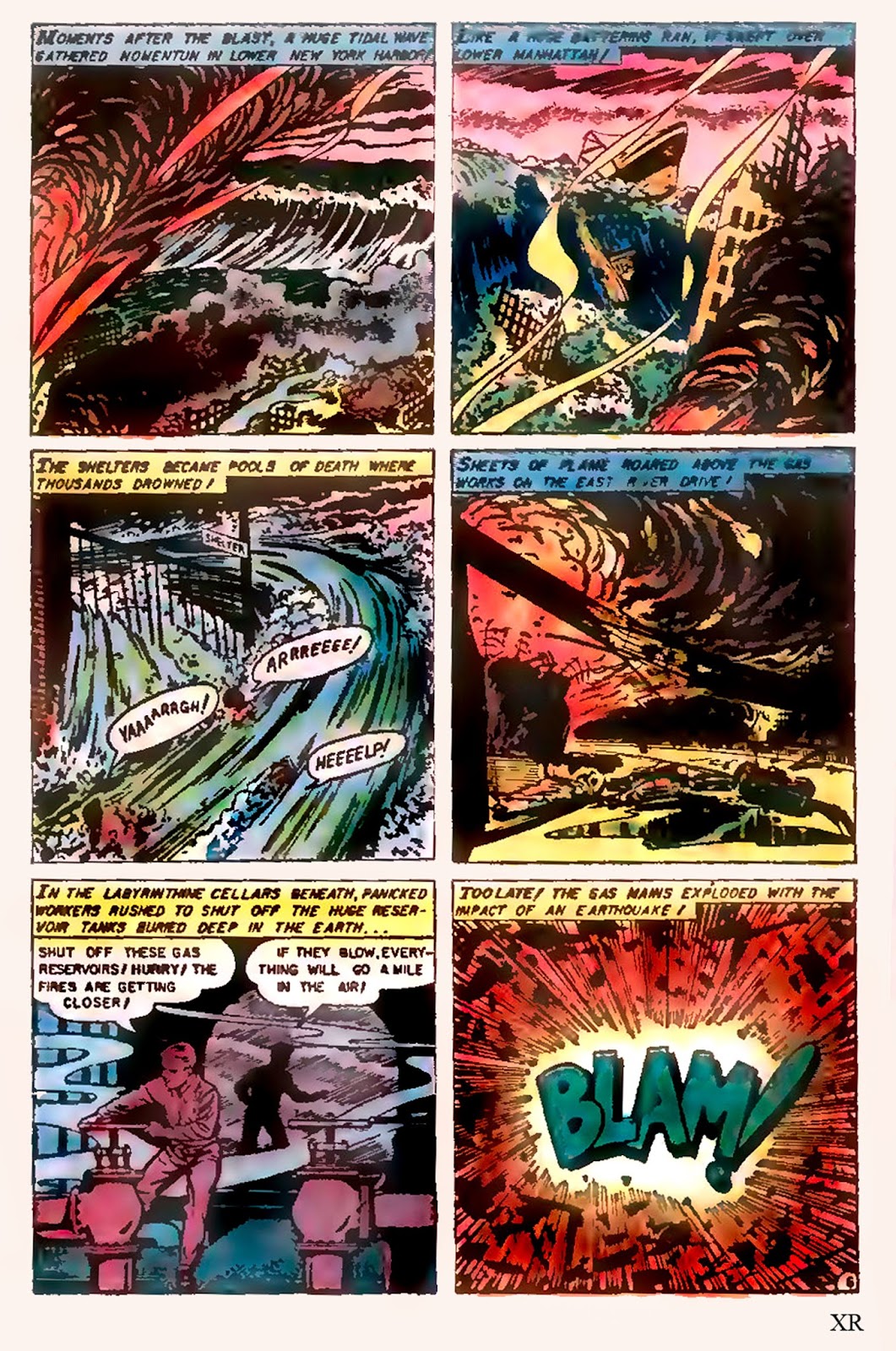 ... meanwhile: after the evil traitor at the Air Force headquarters has sent our jet-fighters in the wrong direction; the Soviet bombers get through to New York ... with cataclysmic results!

... this looks like a lot more destruction than to be expected by a single 20 kiloton bomb such as the Soviets were fielding in 1952... but it is a comic book. All the better to give the baby-boomers decades of nightmares!