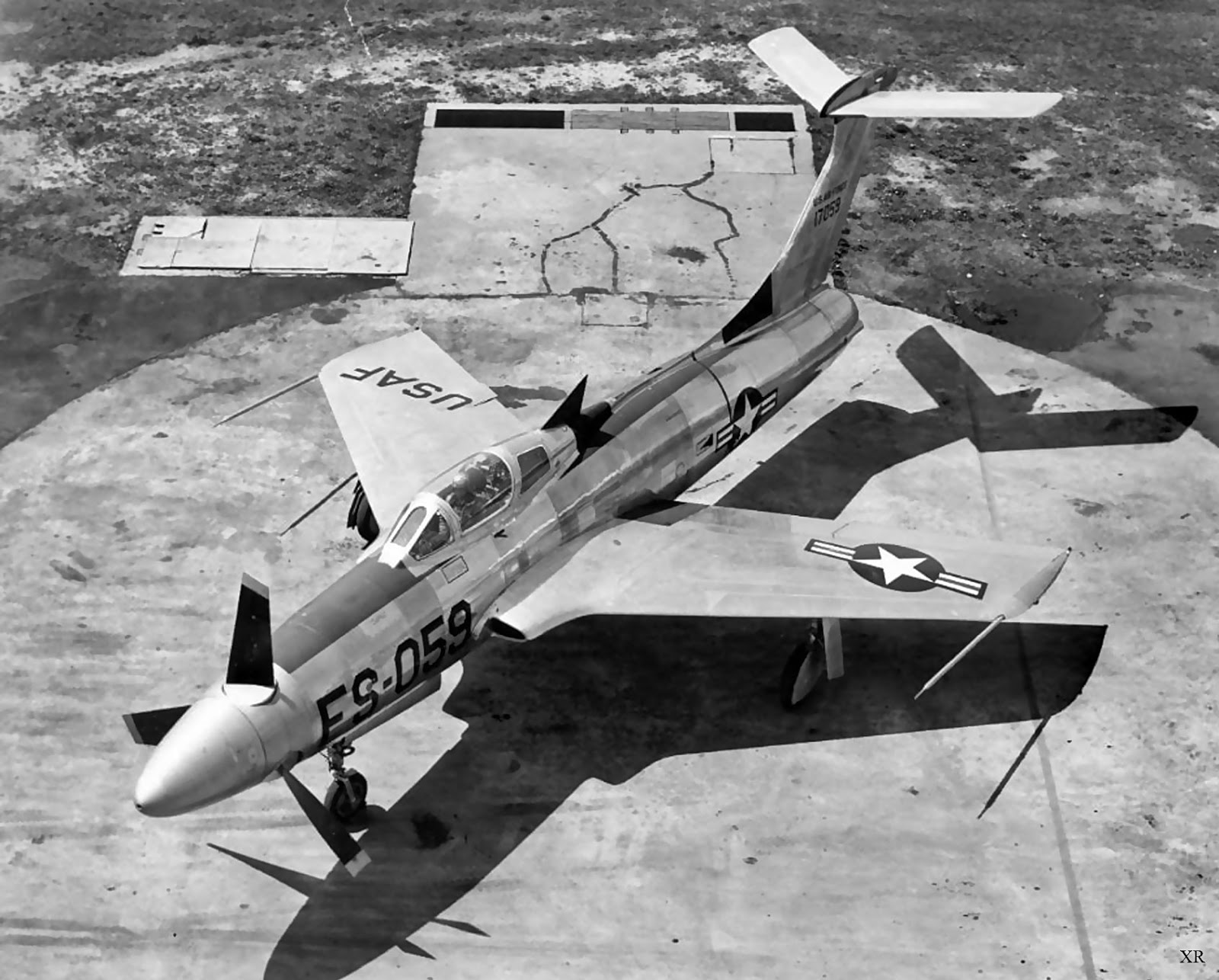 ... putting a propeller on a jet-fighter isn't quite as stupid as it looks; but almost! Early jets were copious drinkers of JP-4 and it was thought that a combination of a Turbo-Prop and a Jet-Turbine might be a solution. But the Republic XF-84H, like many hybrids, was a design that incorporated the worst of both.

... another bizarre drawback was the excessive noise caused by the supersonic-propellers.

"Unlike standard propellers that turn at subsonic speeds, the outer 24–30 inches of the blades on the XF-84H's propeller traveled faster than the speed of sound even at idle thrust, producing a continuous visible sonic boom that radiated laterally from the propellers for hundreds of yards. The shock wave was actually powerful enough to knock a man down; an unfortunate crew chief who was inside a nearby C-47 was severely incapacitated during a 30-minute ground run. Coupled with the already considerable noise from the subsonic aspect of the propeller and the dual turbines, the aircraft was notorious for inducing severe nausea and headaches among ground crews. In one report, a Republic engineer suffered a seizure after close range
exposure to the shock waves emanating from a powered-up XF-84H."  -wiki

Brilliant (for certain definitions of brilliant).