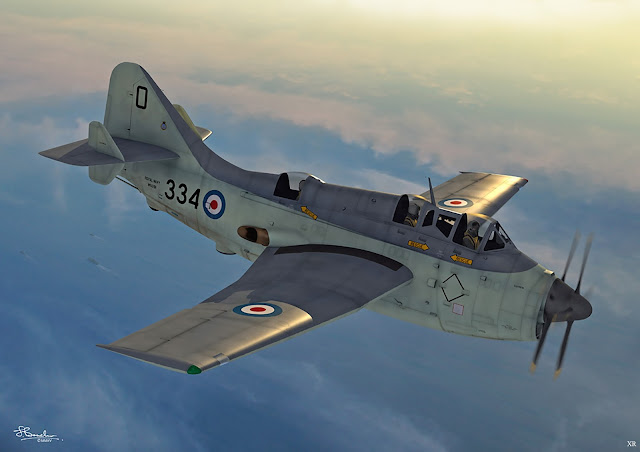 ... "harrumph- quite, well then!" was the response of the Britain's Royal Navy when confronted with the early Cold War's huge numbers of pesky Soviet submarines lurking all about. Still possessing considerable naval air power in the form of several large flat-tops; the Brits set about producing resourceful, and weird, fixed wing aircraft for the Anti-Submarine Warfare (ASW) role. The ability to 'stay on station' (tread air and look and listen for a sub in a specific area) was highly valued. With it's efficient, and highly temperamental, jet-turbo-prop-counter-rotating-propellers-engine - the Fairey Gannet was just the ticket!

... ship based helicopters would later take over the role (on both sides). Recent technology makes it possible for a submarine to launch an under-surface to air missile at the annoying ASW helicopters droning overhead: wouldn't that be a rude surprise!