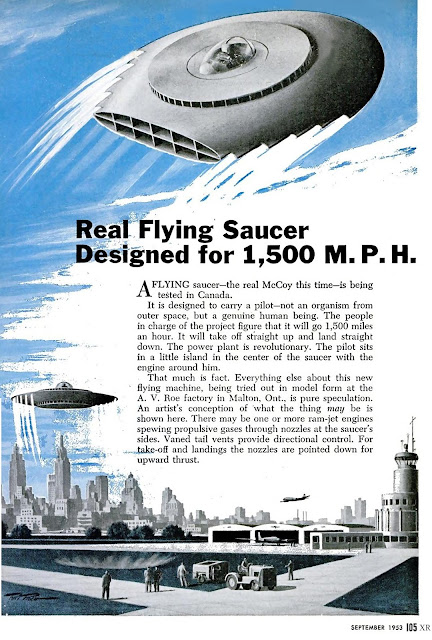 ... despite the fact that the AVRO attempt at a 'flying-saucer' super-duper jet interceptor was such a dismal failure that it could barely get off the ground; it sure stirred up the imaginations of countless young boys and magazine publishers!

- conspiracy theorists would have to wonder; the gap between the promise of the AVRO flying saucer jet-fighter, and the spectacular (and well documented) failure, smells like a cover-up!! Coupled with the soap-opera cancellation of the AVRO Arrow, I am suspecting fleets of 'super-saucers' secretly hangered deep beneath the Canadian Rockies! Hmmm - a couple of blurry photos and some cool cut-a ways and I should be good for at least two or three shows on the Discovery Channel!